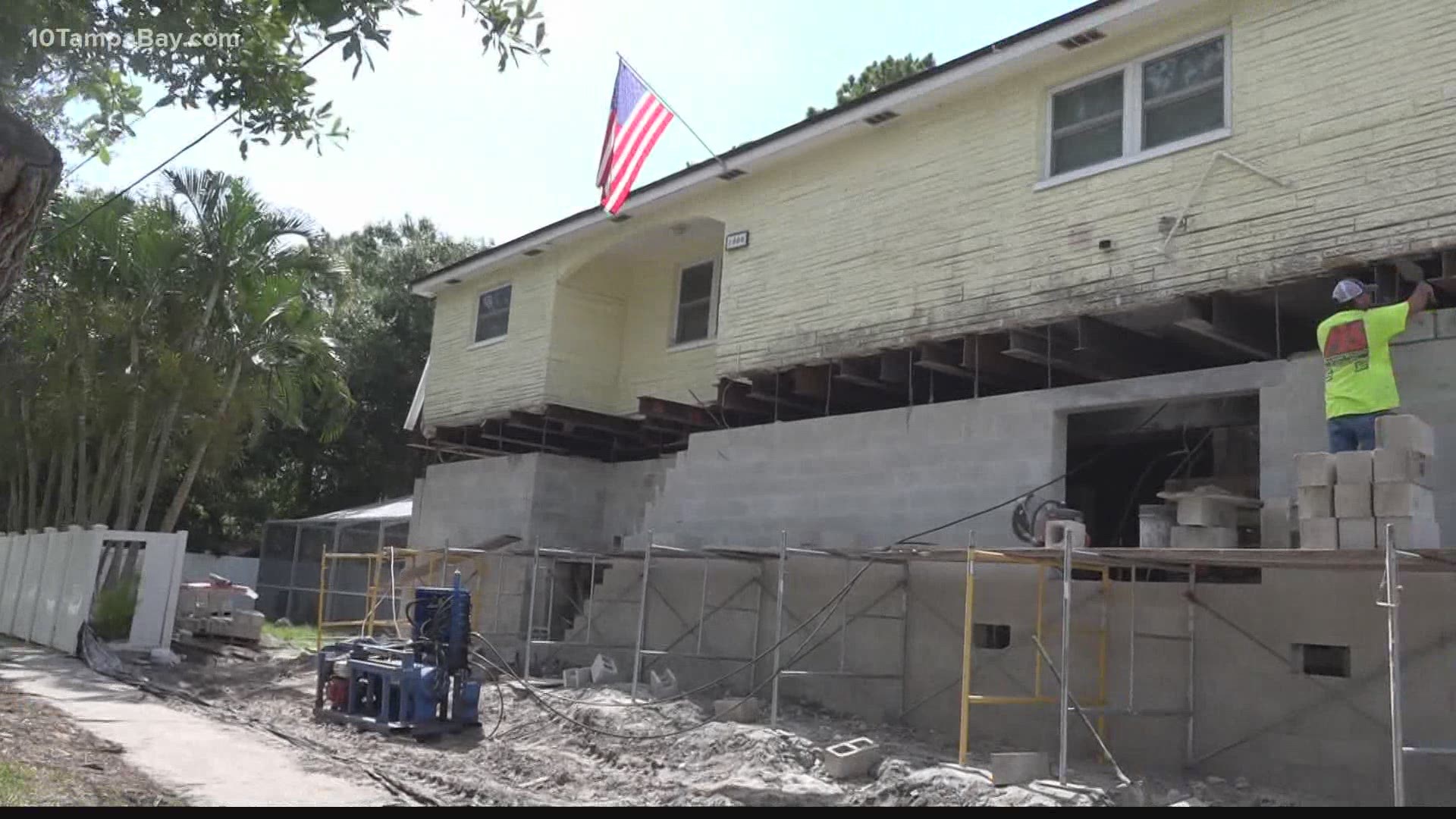 ST. PETERSBURG, Fla. — Mayors from cities all over the U.S. and Florida joined state Agriculture Commissioner Nikki Fried on Thursday to talk about climate change and ways to address it.

The Earth Day forum was held in St. Petersburg, where several neighborhoods are all too familiar with the issues.

It doesn’t take more than a heavy rainstorm or a super high tide to push water into some Tampa Bay area homes.

“We have to take action,” said Fried. “Nowhere on earth is more at risk from the effects of climate change than here in the state of Florida.”

Tampa Bay knows climate change is a real problem. From Bayshore Boulevard to neighborhoods like St. Pete’s Shore Acres, where flooding has led some to elevate their houses.

Jamason has seen flood Insurance rates have soar for several properties in the neighborhood, making home ownership less if not unaffordable for some.

“Yes, sometimes the flood insurance can be more expensive or almost as expensive as regular homeowners with the taxes,” she said. “So, it really does change the buyer’s ability to purchase a certain amount of house when you factor that flood payment in.”

“Infrastructure here needs to be looked at too that’s being deteriorated by the salt water,” said Jamason. “And they’re not talking about replacing these bridges or raising them because we are having higher water. And local government needs to do something about that.”

The issue is serious enough to capture the attention of some conservatives who once questioned climate change.

The Florida legislature was backing a bill for $100 million a year to protect critical assets.

“I think for too long here in Florida this issue has been politicized it doesn’t need to be politicized,” said Whit Remer, Tampa’s Sustainability Officer.

Four Florida cities also announced they were joining more than 700 other cities in a nationwide effort called “Race to Zero” which is a pledge toward carbon neutrality.

Those cities now include Orlando, Miami, Tampa and St. Petersburg.