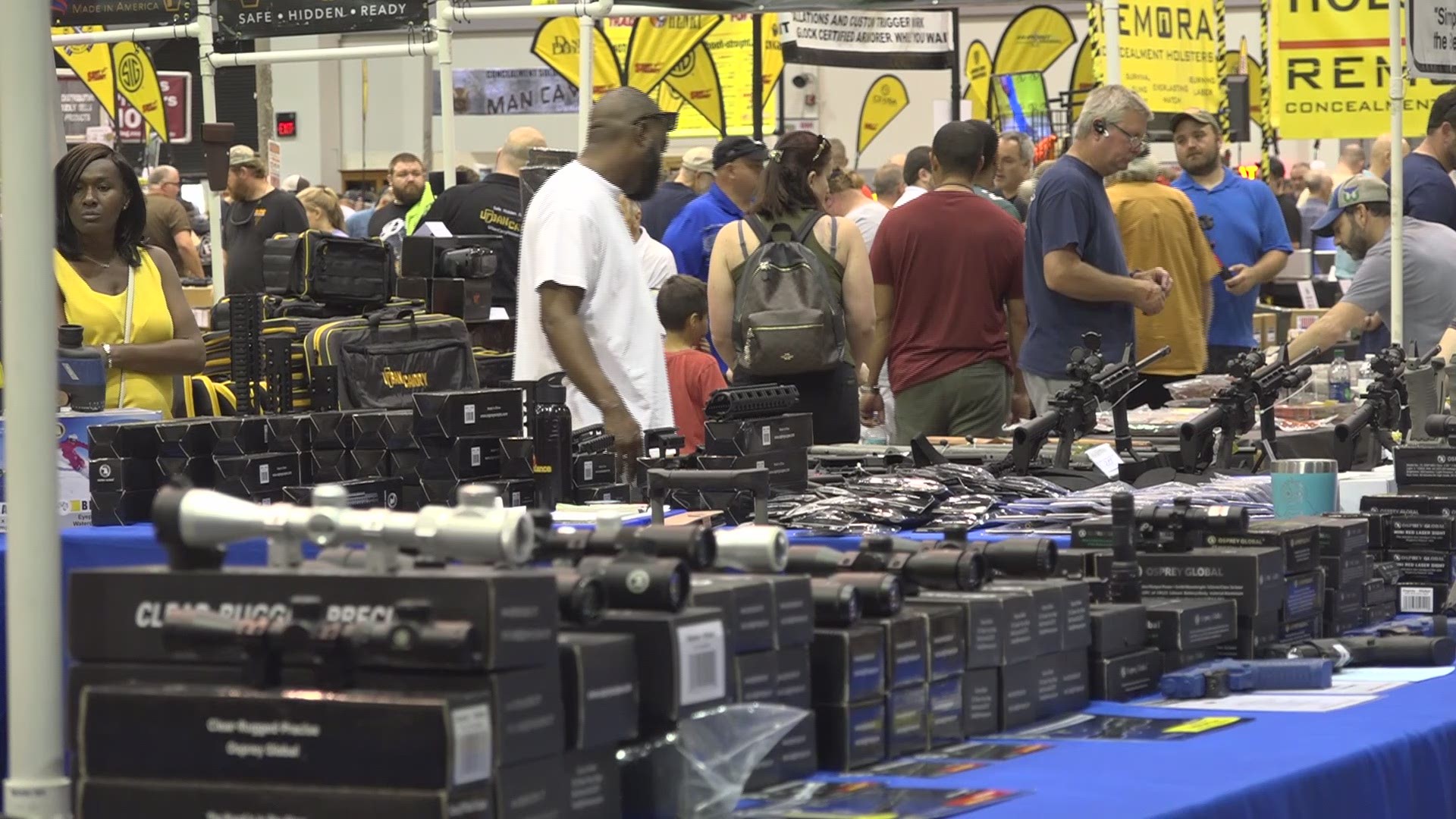 TAMPA, Fla. -- Thousands of gun enthusiasts -- more so than ever -- flocked to the Florida State Fairgrounds for the Florida Gun Show event.

Organizers say they had a record number of people attend the event on Saturday, Feb. 24, almost 7,000, and expected more Sunday.

The company canceled the show in Fort Lauderdale next month after the mayor asked them to show respect to the victims of the Marjory Stoneman Douglas High School shooting earlier this month.

1 / 18
Mourners grieve as they await the start of a candlelight vigil for victims of the Marjory Stoneman Douglas High School shooting in Parkland, Florida on February 15, 2018. (RHONA WISE/AFP/Getty Images)

“Some of the people attending are afraid that future legislation will impact their gun ownership rights,” he says.

Florida lawmakers, like U.S. Sen. Bill Nelson, want stricter laws to fix the so-called "gun show loophole," which allows people to buy a gun at one of these events without getting a background check. 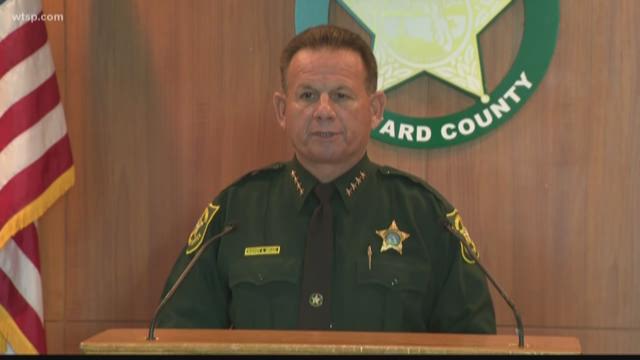 Not only that, Nelson is also calling for a ban on assault weapons, saying murders were down after they were banned back in 1994.

“Before that law, they were high and after that law, when the NRA killed the law in 2004, the number of deaths as a result of assault weapons has grown up like a rocket taking off,” he says.

Fernandez disagrees with both restrictions.

About 95 percent of the vendors at this weekend’s show, he says, are required by law to run background checks since they are licensed dealers.

However, the other 5 percent of vendors are private citizens. Several Florida counties, including Pinellas and Hillsborough, have passed ordinances that would require private citizens to run background checks as well.

But Fernandez says tightening the "loophole" still wouldn't have stopped the massacre at Stoneman Douglas. 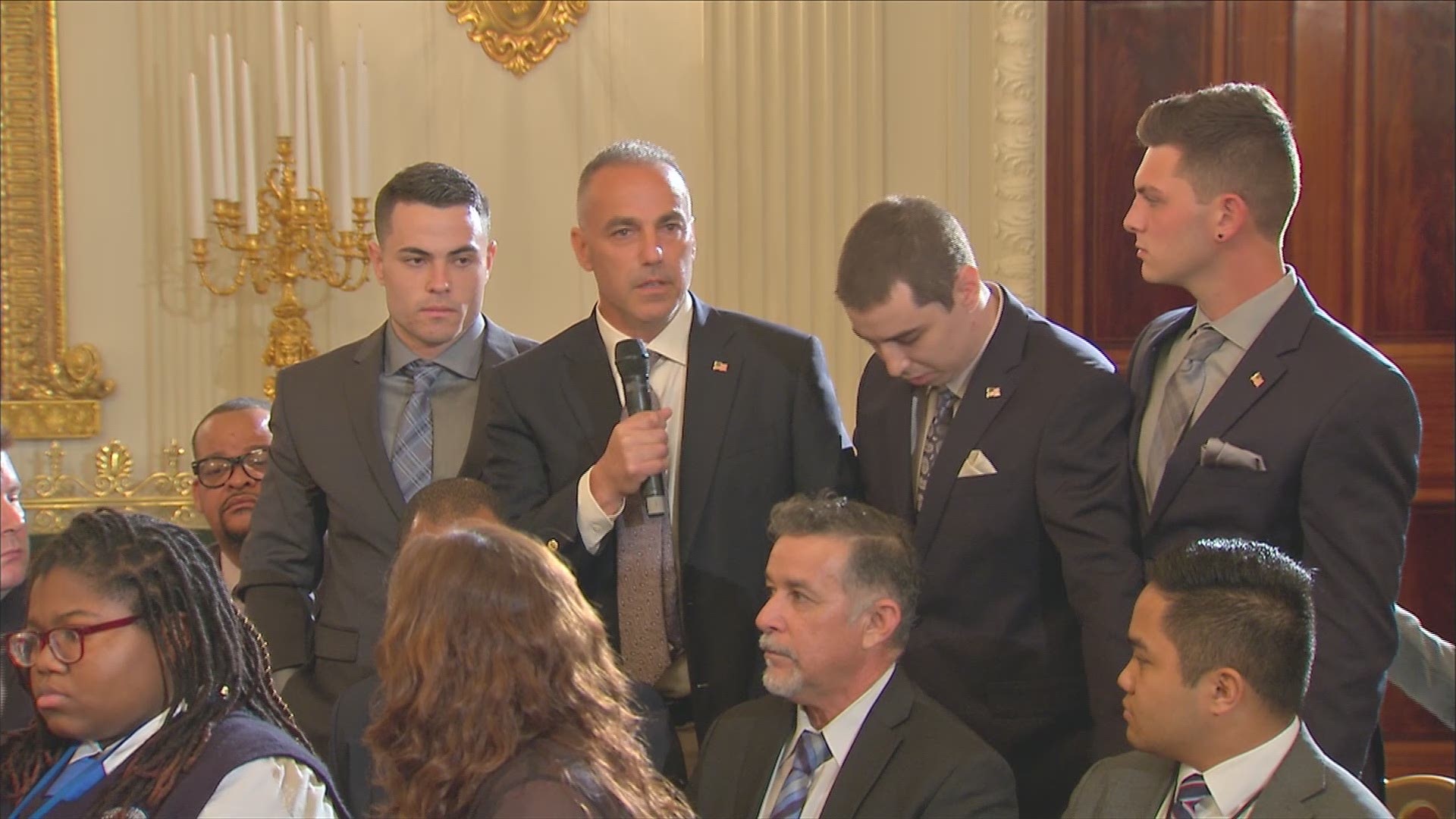 “This was a mental health issue. This is someone who should have been identified from the beginning by law enforcement,” says Fernandez.

FLORIDA GUN SHOW I Organizers say they saw record numbers yesterday with close to 7k people showing up and they expect more today! They also tell me they do not support a ban on assault rifles but more laws for mental health. @10NewsWTSP pic.twitter.com/95YGMKGl3E

Outside the Florida Fair Grounds, Sergio Gonzalez and his son protested in support of banning assault rifles.

Sergio Gonzalez and his son are outside the Florida State Fairgrounds protesting against the gun show. He says a ban on assault rifles is needed along with fixing the “gun show loophole” @10NewsWTSP pic.twitter.com/35274QeKui

“It doesn't have to be my child, I'd grieve for any child killed in a mass shooting that's senseless. If you want to protect yourself, get yourself a revolver or how about learning how to fight,” says Gonzalez.

Florida Gun Shows will put on another Tampa event in late April and early June.