It's the state's first gun control measure in 22 years. 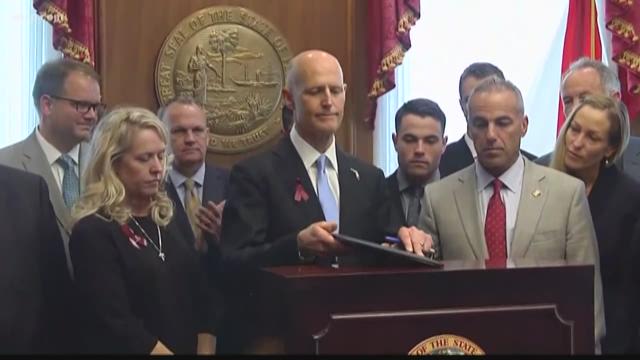 The measure to create a school marshal program to arm classroom teachers comes three weeks after 17 were slain at a Parkland high school.

The shooting at Marjory Stoneman Douglas High School was Florida’s third mass shooting since June 2016. Added to the Pulse nightclub shooting in Orlando and the Fort Lauderdale airport shooting, 71 people have died in mass shootings.

Gov. Scott spoke with family members of those killed before deciding to sign the bill. 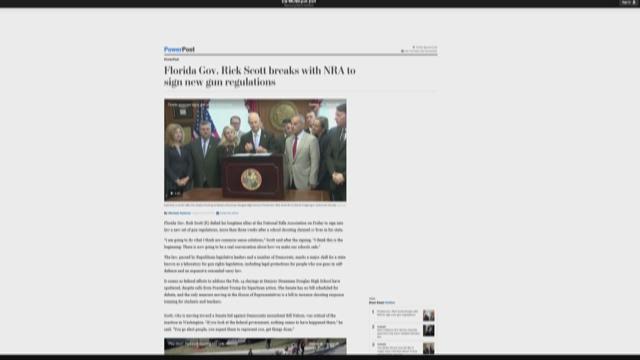 Scott wants more school resource officers instead of teachers with guns. He proposed one SRO under control of the local sheriff for every 1,000 students.

It includes a three-day waiting period for most gun purchases, raises the minimum age to 21 to purchase a gun and gives police more authority to confiscate weapons.

The Legislature lined up behind a first-in-the-nation school marshal plan that would arm teachers after a teenager used a semi-automatic rifle to hunt down 17 students and teachers at a Parkland high school three weeks ago.

Eligible to carry guns into schools would be a teacher who is a member of the U.S. Reserves or National Guard, in the Junior Reserve Officers Training Corps program, or is a current or former law enforcement officer. Staff members could volunteer for the program, but classroom teachers who exclusively perform instruction would be blocked from the program.

While Parkland parents got behind the bill, educators and teachers' unions voiced opposition to the plan.

“The Leon Classroom Teachers Association does not want anyone in the schools with a weapon who is not a sworn law enforcement officer,” said Scott Mazur, LCTA President. "There's good and bad in this bill. I guess it comes down to morals."

The marshal program, which was renamed the "guardian program," was one of three objections opponents used to try to kill the bill. Another was the House’s refusal to ban assault weapons. Others wanted to reject new restrictions on access to guns. They said they saw no need to punish law-abiding citizens for the act of a madman.

• $25 million to replace the classroom building where the massacre occurred

• a three-day waiting period for most gun purchases

• easier confiscation of firearms by law enforcement in cases of threats against individuals and public safety.