A person suspected of stealing a car thought they could milk the situation by running through a cow field to escape police. 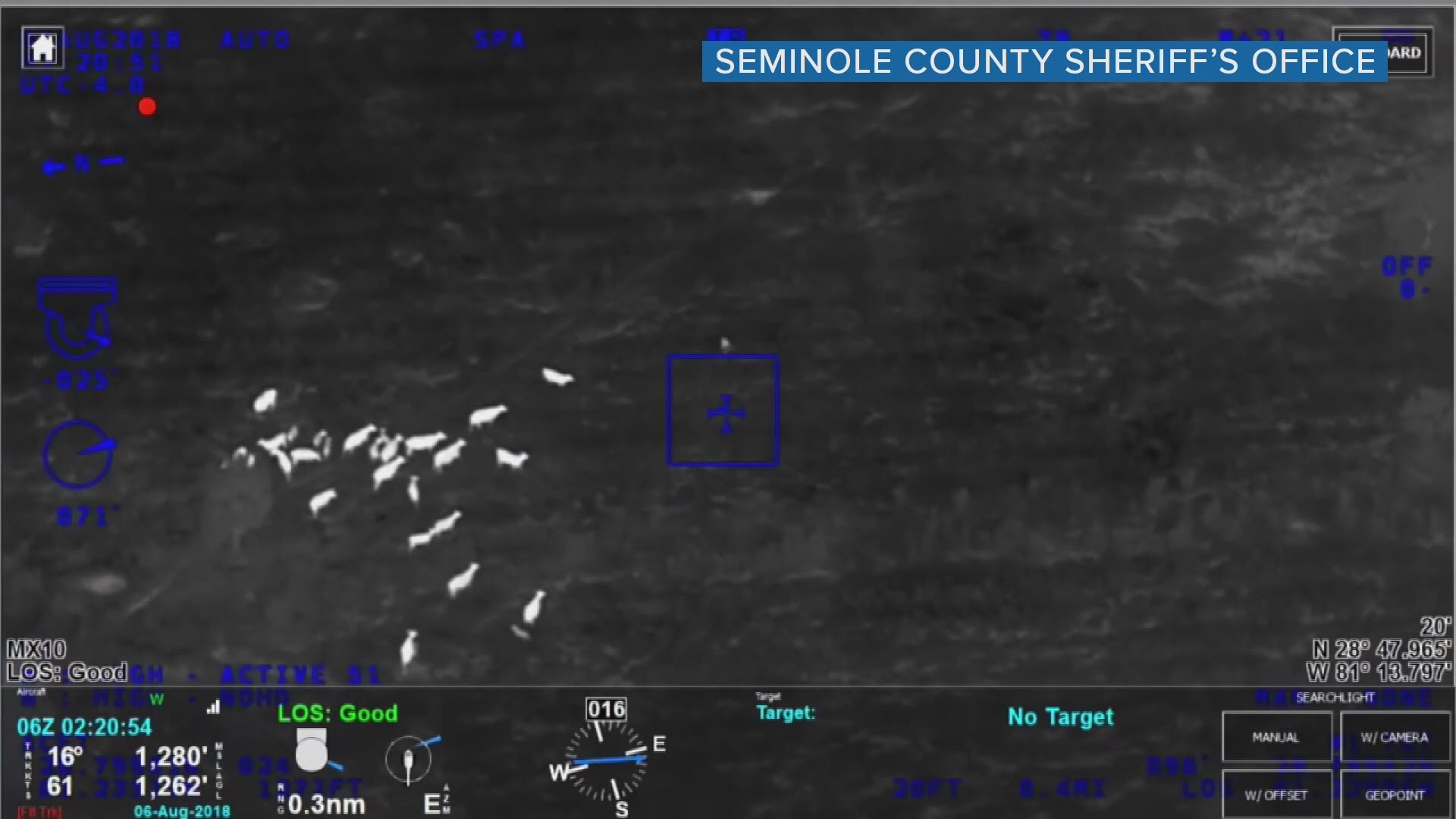 SANFORD, Fla. -- Law enforcement in Seminole County might want to start hiring for a new position: a Cow-9 unit.

Two suspects pursued by the Sanford Police Department raced away in a stolen car and ended up crashing Sunday, Aug. 5, in the area of Celery and Sipes avenues.

A sheriff's office helicopter provided a major assist, tracking the suspects as they ran into a nearby field. One person was arrested while a woman kept running, but she wasn't just seen through the lens of a chopper camera but by many, many bovine eyeballs.

At least 15 cows gave chase to the running suspect, corralling her at times before officers were able to make an arrest and her escape an udder failure.

10News has not yet "herd" when or if the jobs will become available.