The sheriff is emphasizing that it was not a school shooting. 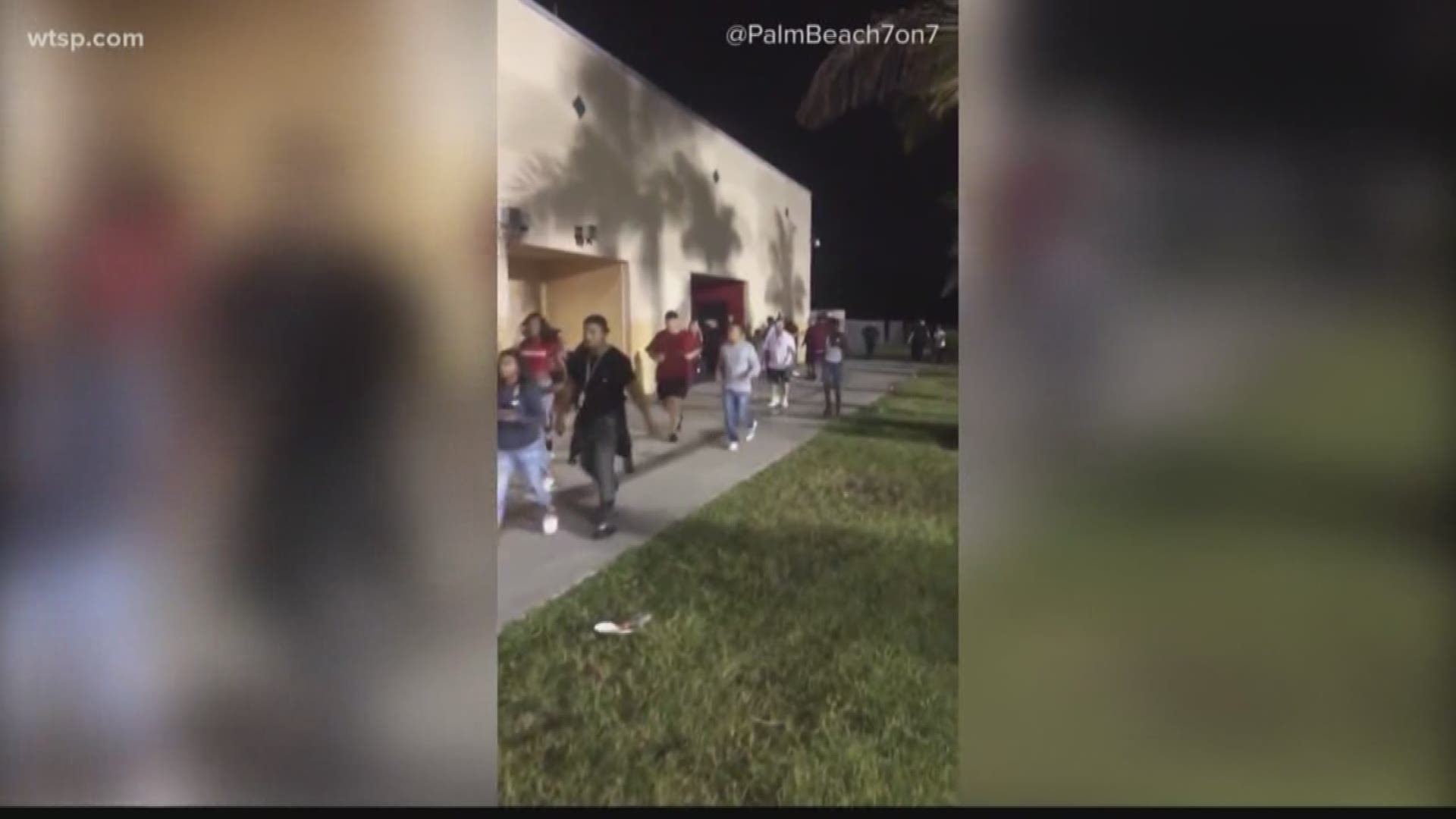 WELLINGTON, Fla. -- Two people were shot during a confrontation that spilled onto a high school campus Friday night, leading to the evacuation of a packed football stadium.

CBS affiliate WPEC says the football field and stadium at Palm Beach Central High School were evacuated. The shooting took place just outside the seating area of the stadium near the ticket booth.

The Palm Beach Sheriff's Office said the two people who were shot were adults.

On Saturday, the sheriff's office emphasized the shooting was not a school shooting.

"The bottom line is, this was a specific, targeted shooting," Sheriff Ric Bradshaw said. "The people that were involved in this shooting were looking for these two individuals. ... they could have been at a bowling alley."

The sheriff said he wants people to know it's safe to go to school on Monday.

Bradshaw said the four people involved knew each other previously.

The suspects are both described as black males, one who is in his late teens to early 20s, 6 feet tall and around 170 pounds. He was wearing a baggy white T-shirt and armed with a black handgun. There were no other details on the other suspect.

Deputies plan to interview them to determine a motive.

#UPDATE Both victims are adult males and not students in the PBC School system. This was not a result of a current altercation or a random act of violence.

The investigation is very active and ongoing.