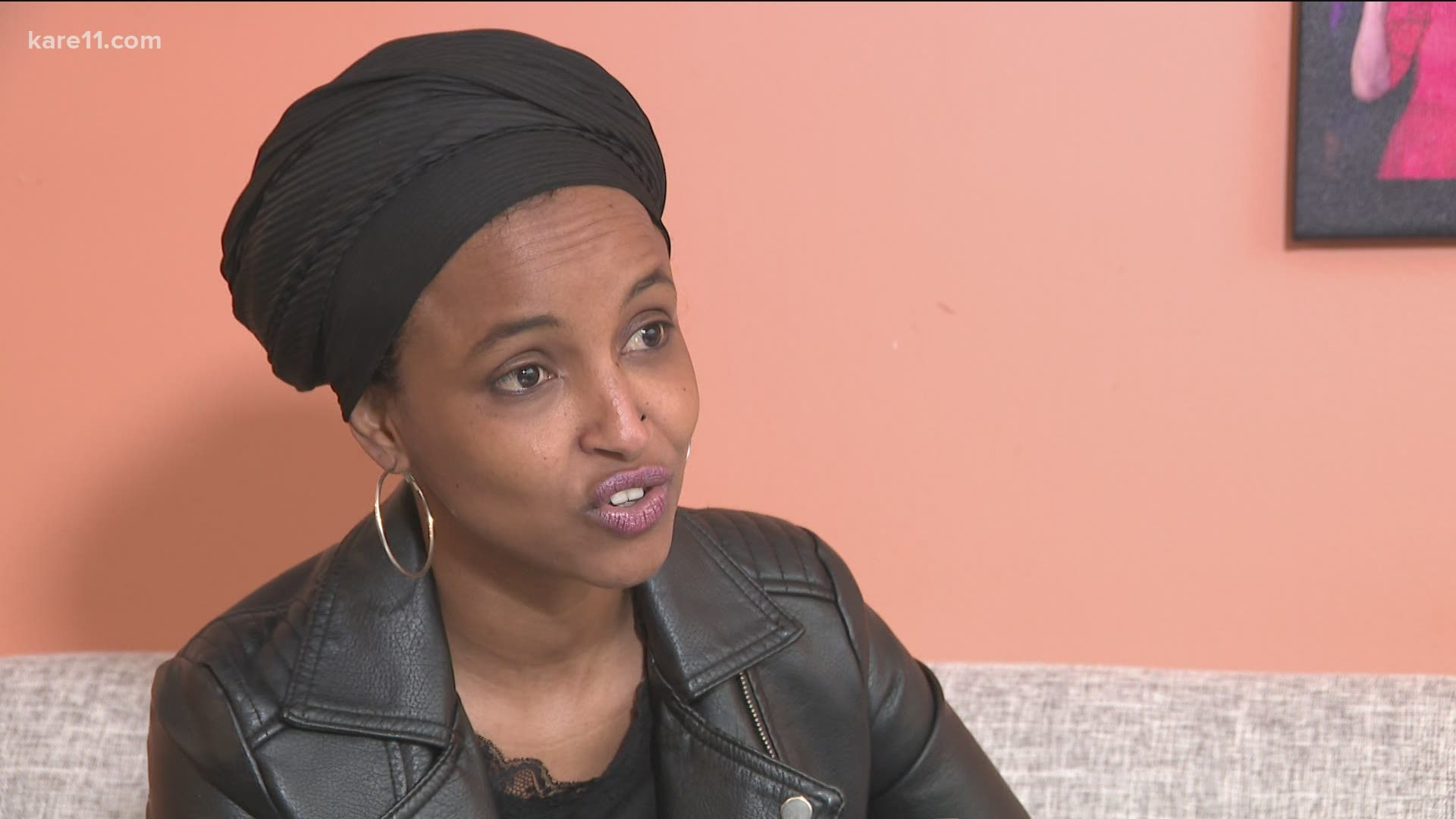 MINNEAPOLIS — Representative Ilhan Omar (D-Minnesota) told KARE 11 on Friday that she plans to reintroduce the National Police Misuse of Force Investigation Board Act next week, which would create a new federal agency to independently investigate police killings, in-custody deaths and major use of force incidents.

“This is going to be a proactive board that does the work on behalf of our country,” Omar said, “in trying to make sure that these agents of the law are taking their oath seriously and that the work they’re doing is work that helps communities feel safe.”

Omar first signaled interest in the idea after the murder of George Floyd last May and filed a bill last December in the U.S. House of Representatives. At the time, it received about a half-dozen Democratic co-sponsors before a referral to committee.

According to text of the bill, the legislation would designate the National Police Misuse of Force Investigation Board as "an independent establishment of the United States Government." It would consist of eight members appointed by the president for six-year terms, but only four of those members could represent the same political party to preserve a bipartisan nature.

The board would have broad investigative powers over deaths involving police, as well as use of force incidents resulting in serious injury. In addition to collecting demographic data on police killings, the agency could also issue recommendations and even withhold federal grant funding for local police departments that don't follow them.

Next week, Rep. Ilhan Omar says she'll reintroduce her bill to establish a federal agency to investigate police killings -- similar to what the NTSB does for plane crashes. We'll take a closer look at the proposal on @KARE11 at 6. pic.twitter.com/DmuFzKgcN5

The language of the bill also specifies that the board’s findings would be admissible in court and could be presented to juries in the case of criminal charges against officers. Therefore, if the agency had existed during the trial of Derek Chauvin, jurors could have considered the federal agency's investigation in their decision.

A similar, though not identical, proposal was floated by now-Vice President Kamala Harris when she was running for the Democratic presidential nomination in 2019. The Atlantic's Conor Friedersdorf also advocated for an "NTSB-style approach" to police killings, in reference to the National Transportation Safety Board that investigates transportation accidents.

Omar referenced that article in a tweet this week about her legislation.

Yep, that's exactly what the National Police Misuse of Force Investigation Board would do. I'll be reintroducing my bill on this next week. https://t.co/GkjKmABZ73 https://t.co/9K2tsDRSfJ

“The fact that this is going to be a makeup of people who will not have a law enforcement background – be an unbiased agency – is really key to this. And we’re modeling it after the transportation board that sort of does have the ability to make those recommendations,” Omar said. “It’s an existing agency. It’s one that works. And we believe our criminal justice system needs an agency like that.”

Omar said she has received some interest in the Senate, although it remains unclear whether Republicans in either chamber would support such a federal agency. No cost projection has been released. KARE 11 reached out to the Minnesota Police and Peace Officers Association for comment, but a spokesperson said they have not formulated a stance on the bill yet.

Laurie Robinson, a professor at George Mason University and former co-chair of President Obama’s task force on 21st Century Policing, commended Omar for the idea but questioned how such a federal agency would actually function.

“In theory, it’s a solid proposal,” Robinson said, “but from a practical standpoint, unfortunately, it’s not very realistic.”

Robinson described two major reasons for her skepticism. First, she said, an agency like the NTSB oversees a limited number of airlines or transportation companies, compared to the roughly 18,000 local law enforcement agencies nationwide.

"I don't know how, from a legal standpoint and constitutional standpoint perhaps, that a federal agency would be able to delve in and require a local agency to turn over evidence,” Robinson said. “I think the Congresswoman is correct to want to find some solid solutions to exploring these things, so, one suggestion would be that states – which do have direct authority over local departments and have some ties to be able to regulate them – could set up some of these types of agencies or commissions.”

Omar, however, responded to those criticisms by saying that her proposed federal agency would function more efficiently than having Department of Justice investigations after the fact (such as the one just announced in Minneapolis).

With support from Representatives Ayanna Pressley of Massachusetts and Bonnie Watson Coleman of New Jersey, Omar said she’s optimistic her bill can catch the attention of her colleagues.

“Hopefully, I think we’re going to have a surprise on who will pick it up in the Senate,” Omar said, “but it’s been really huge interest.”