Detectives: More than $16 million in jewelry stolen in store burglaries around Florida 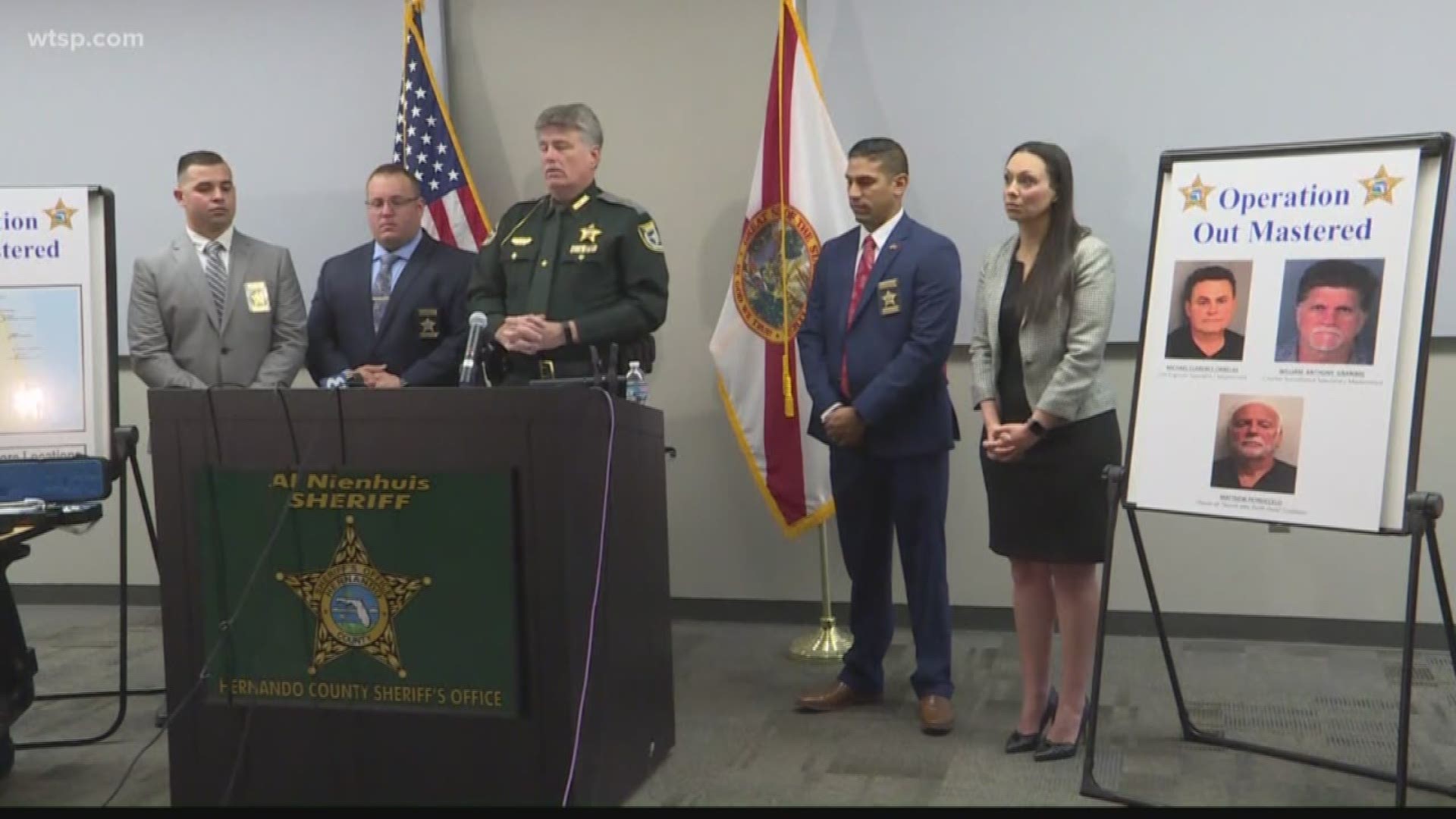 HERNANDO COUNTY, Fla. — Three men have been arrested after a law enforcement investigation found they were involved in a series of jewelry store heists around the state of Florida.

Hernando County Sheriff Al Nienhuis said the men were connected to a series of jewelry store burglaries between 2011 and 2017. The men arrested are Michael Ornelas, William Granims and Matthew Petruccelli.

Detectives said Ornelas is a safe engineer specialist and the "mastermind" behind the heists. He's considered one of the top five safe crackers in the world and is known as a legal safe cracker. Ornelas is the owner of Houdini Safe and Vault in Boynton Beach and also did contract work as a safe tech at Kay Jewelers.

Granims is a counter surveillance specialist and also considered a "mastermind" behind the spree, detectives said. Petruccelli is the owner of Secret Attic Thrift Store in South Florida, and detectives said he was the lookout.

The investigation involved the sheriff's office and the FBI, who said two of the men were involved in 50 jewelry store heists in the late 1990s in the southeast U.S. In those cases outside of Florida, the sheriff said about $10 million in jewelry was stolen.

In 2011, detectives say four Florida counties reported burglaries similar to those that happened in the 90s. Then, in 2013 and 2014, there were four more stores hit in Ocala, Palm Harbor, Lakeland and Punta Gorda.

When Spring Hill's New York Jeweler was hit, detectives said it was done in an unusual way and they thought it was an inside job. When Dan-Lo Jewelers and Kay Jewelers were robbed, the accused burglars cut into the safe and stole jewelry.

Investigators said the three men scouted out more than 200 jewelry stores in Florida. It took hours to break into the safes, detectives said, because the men would break into an adjacent business and slowly test the jewelry store's alarm system.

"They were very good at taking their time and making sure it was thorough," Det. Anthony Belmonte said during a news conference.

The sheriff's office said the men left no physical evidence behind.

The Hernando County Sheriff's Office and FBI in West Palm Beach said they found out the three men were headed to Chicago to rob a jewelry store and marijuana dispenseries. Detectives said the the men were arrested in Chicago while trying to rob a store.

The sheriff's office is in the process of getting the men back to Florida to face charges.