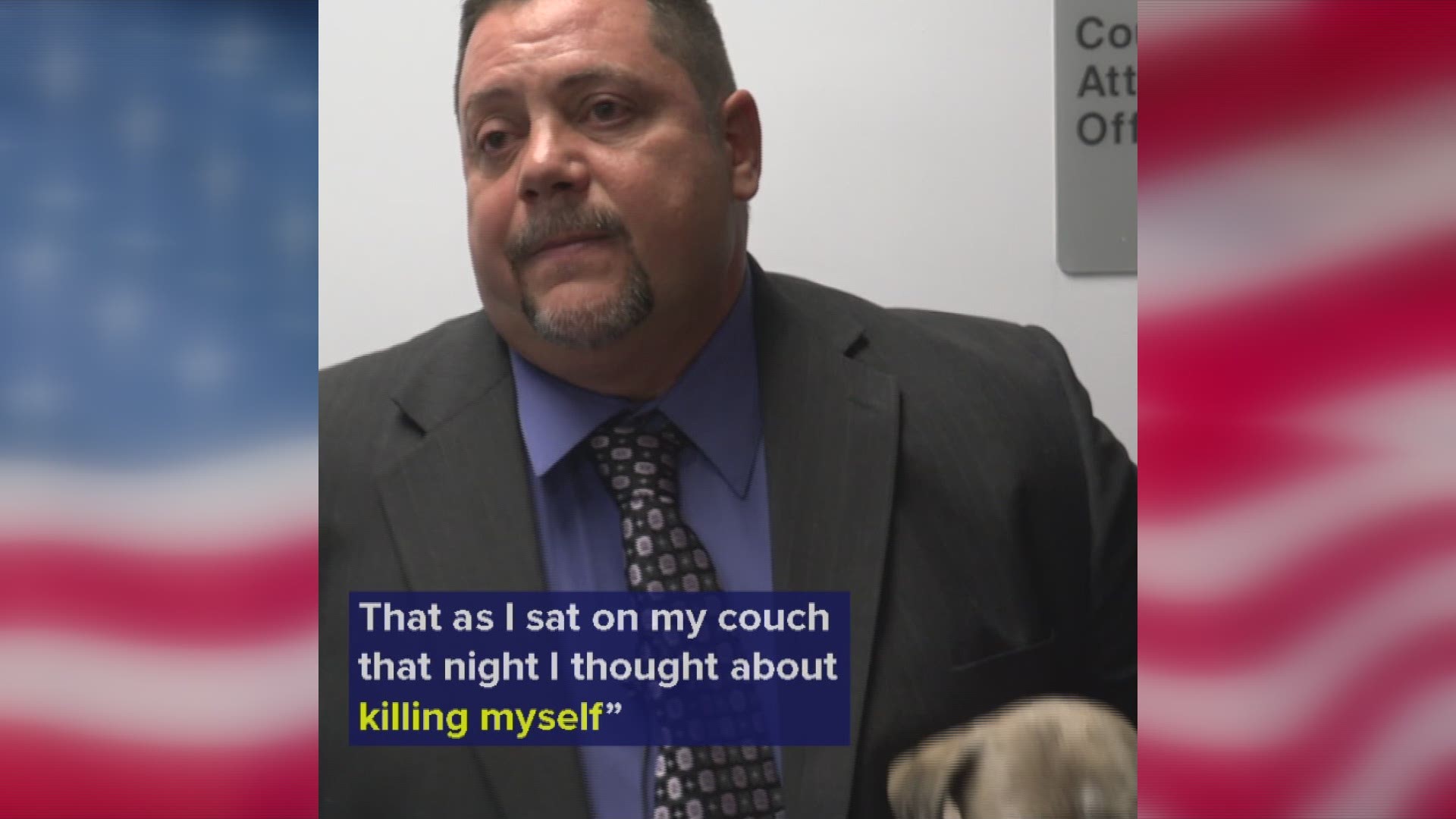 BROOKSVILLE, Fla. — Many of us would do what we had to in order to help our veterans.

After noticing the high prevalence of veterans suffering from PTSD and substance abuse issues, Hernando County has found a unique way to help -- the courtroom.

Victor Neglia was beaming with delight and excitement as he made his way to the front of court.

Neglia knows what it means to serve his country but also knows the darkness of substance abuse and mental illness.

When he was diagnosed with PTSD, Neglia was honorably discharged from the U.S. Army, where he'd served from 1979-1981 as a 76 Delta material supply clerk specialist. He adopted Simba, his support dog, to help him deal with the PTSD.

He began drinking and mixing medications meant to help him with his condition, but that only made the situation worse.

He was arrested after blacking out at a local bar and stealing money.

“All I know is that I was so overwhelmed with guilt and remorse, that as I sat on my couch that night, I thought about killing myself.” Neglia said. “Then, I looked over and saw my boy here [Simba], I knew I couldn’t do that to him and leave him.”

After he was arrested, Neglia found out he was not taking the proper medication and decided to seek treatment with the veterans’ court program.

The court-supervised program was established to treat and assist veterans who have a mental illness or substance abuse issue related to their service and who are facing felony charges in Hernando County. It gives veterans the option to participate in the program and get treatment instead of going through the regular court proceedings.

“There is a high prevalence of PTSD, traumatic brain injury, and major depressive disorder among combat veterans,” Circuit Judge Donald Scaglione said. “This program recognizes the unique challenges facing veterans and connects them to the services they need.”

A spokesperson says the program’s mission is to support veterans along with their families through veterans’ services and community services -- and to ensure no eligible veterans are left behind.

“I realized that you know what, I’m not a bad person, I just did a bad thing,” Neglia said. “I’m humbled to be the first graduate because we need programs like these, so veterans like myself that aren’t career criminals and make a mistake and get caught up in the system, when all they need really is help.”