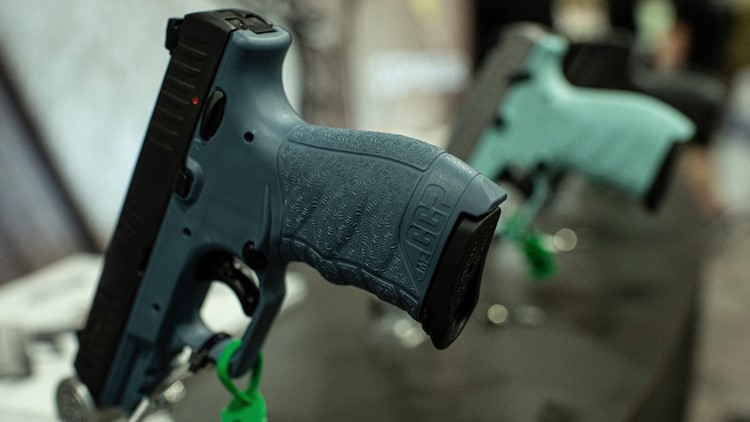 HIGHLANDS COUNTY, Fla — Twenty-seven seemingly simple words have become the subject of a fierce debate, and often bitter, debate in Washington, D.C., in state capitols across the country – and now, in county commission chambers up and down the state of Florida.

A well regulated Militia, being necessary to the security of a free State, the right of the people to keep and bear Arms, shall not be infringed.

There is little disagreement that the second amendment of the United States Constitution guarantees the right of Americans to own guns – but not everyone agrees on the meaning of the phrases “well-regulated” and “shall not be infringed.”

Citizens and politicians who support strengthening national and state gun laws argue lawmakers have the constitutional authority to ban certain types of firearms in the name of reducing gun violence and combating mass shootings.

Opponents of gun control measures maintain the phrase “shall not be infringed” supersedes any push for increased regulation, and legislators who vote to restrict gun rights are violating their oath to uphold the constitution.

That stark division has led a growing number of counties to pass resolutions supporting the second amendment, and Highlands County, Fla. just joined that list.

Commissioners approved a symbolic measure on Tuesday which clearly state’s the county’s opposition to the passage of laws – at the state and federal level – which infringe on the second amendment rights of the people who live in Highlands County.

“This amendment to the constitution is being bombarded by the states…This is a right that distinguishes us from almost every country on the globe,” Commissioner Arlene Tuck said.

The resolution to make the county a “second amendment sanctuary” passed by a 3-2 vote – but legal scholars say it won’t do anything to prevent lawmakers from strengthening gun restrictions and passing so-called “red flag laws."

State and federal laws supersede local ordinances “Citizens and local officials have to comply with state law even if a county declares itself to be a Second Amendment sanctuary," University of Virginia School of Law professor Richard Schragger told USA Today.

This week, the Florida Supreme Court is hearing arguments for and against a proposed amendment that would ban assault-style weapons in the state, if 60 percent of voters sign off.

But there is a big question about enforcement.

While the federal government and state legislatures enact laws, local police officers and sheriff’s deputies are often the men and women most responsible for enforcing them.

According to NPR, voters in Washington State approved in 2019 a series of gun restrictions including tightened background checks and raising the minimum age to buy semi-automatic rifles – but several sheriffs said the measures wouldn’t affect people in their counties.

"My plan is not to enforce it," Klickitat County Sheriff Bob Songer told NPR at the time.

Associate professor of political science at Tulane University Mirya Holman said – it’s difficult to make a sheriff do anything he or she doesn’t want to do.

"They have an enormous amount of autonomy," Holman told NPR.

"I'm not sure that there is another office that is a common office that has anywhere like the level of autonomy that sheriffs have."

RELATED: Father of Parkland shooting victim yells out during State of the Union, escorted out