The sheriff's office says it responded early Sunday to a possible domestic dispute. 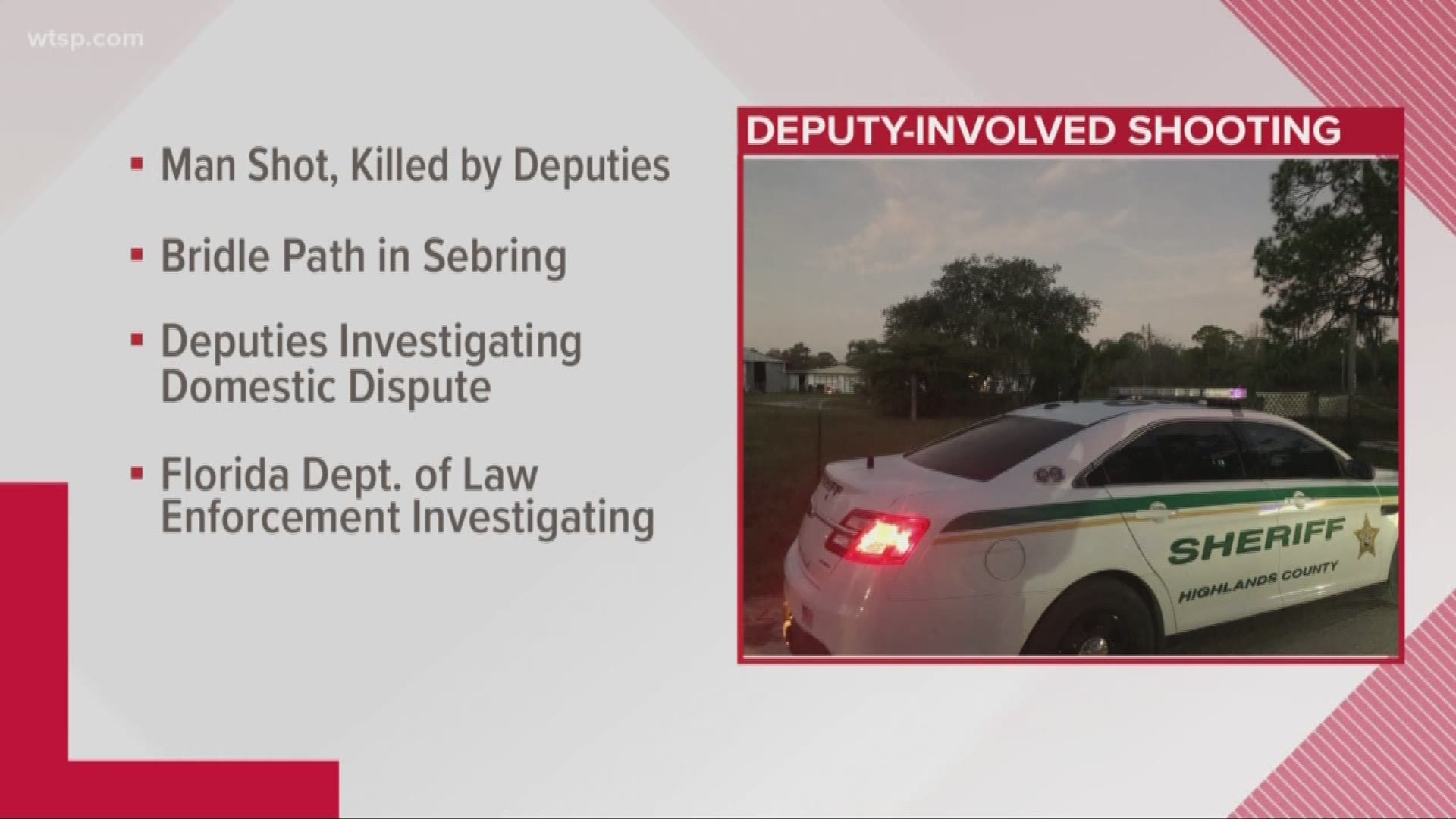 SEBRING, Fla. — A man with a weapon was shot and killed early Sunday by Highlands County Sheriff's Office deputies.

It happened around 4:49 a.m. Sunday in the area of Bridle Path and Derby Lane, according to a news release.

The sheriff's office says deputies were called to respond to a possible domestic dispute. At some point, 43-year-old Dustin Alexander Nealis was shot and killed.

The two deputies involved in the shooting, plus a trainee deputy were not hurt, according to the sheriff's office.

The Florida Department of Law Enforcement has taken up the shooting investigation.

“The Florida Department of Law Enforcement is conducting an independent investigation of this incident. We are confident they will do a thorough and complete investigation," Sheriff Paul Blackman said on Facebook.