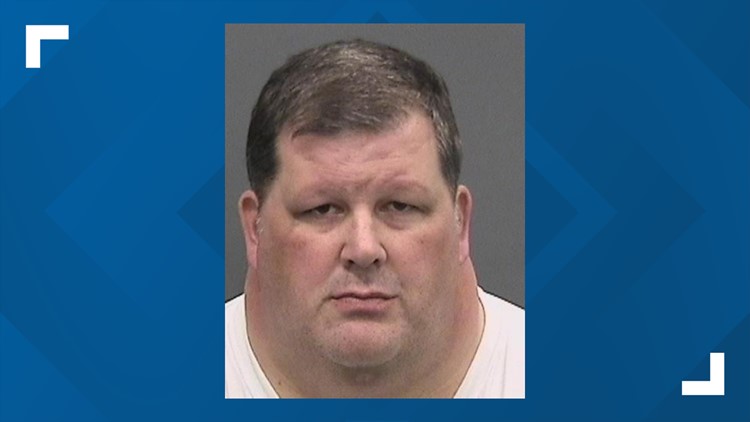 TAMPA, Fla. — A manager at an ice rink in Tampa is facing a video voyeurism charge after police said he took an "upskirt" photo of a teenage girl last month.

The Hillsborough County Sheriff's Office said Michael Benson, 48, was waiting in line at the Chipotle on Dale Mabry Highway North when he allegedly used his cell phone to take an inappropriate photo or video underneath the teen's clothing.

Authorities say the incident took place on Jan. 20, but surveillance video from inside the restaurant was released yesterday on the sheriff's office Facebook page. In it, you can see a man looking around the restaurant before bending over with his phone.

According to law enforcement, this isn't the first time it has happened. According to management, he has been visiting the establishment several times a week for the last five years, normally during lunchtime hours.

Not long after sharing the surveillance video, deputies said Benson was arrested at Xtra ICE on Feb 13. He was released Thursday after posting $2,000 bail.

Deputies say tips from the public helped with identifying and arresting him.