The crash happened on East Bougainvillea Avenue at the Marvy Avenue intersection. 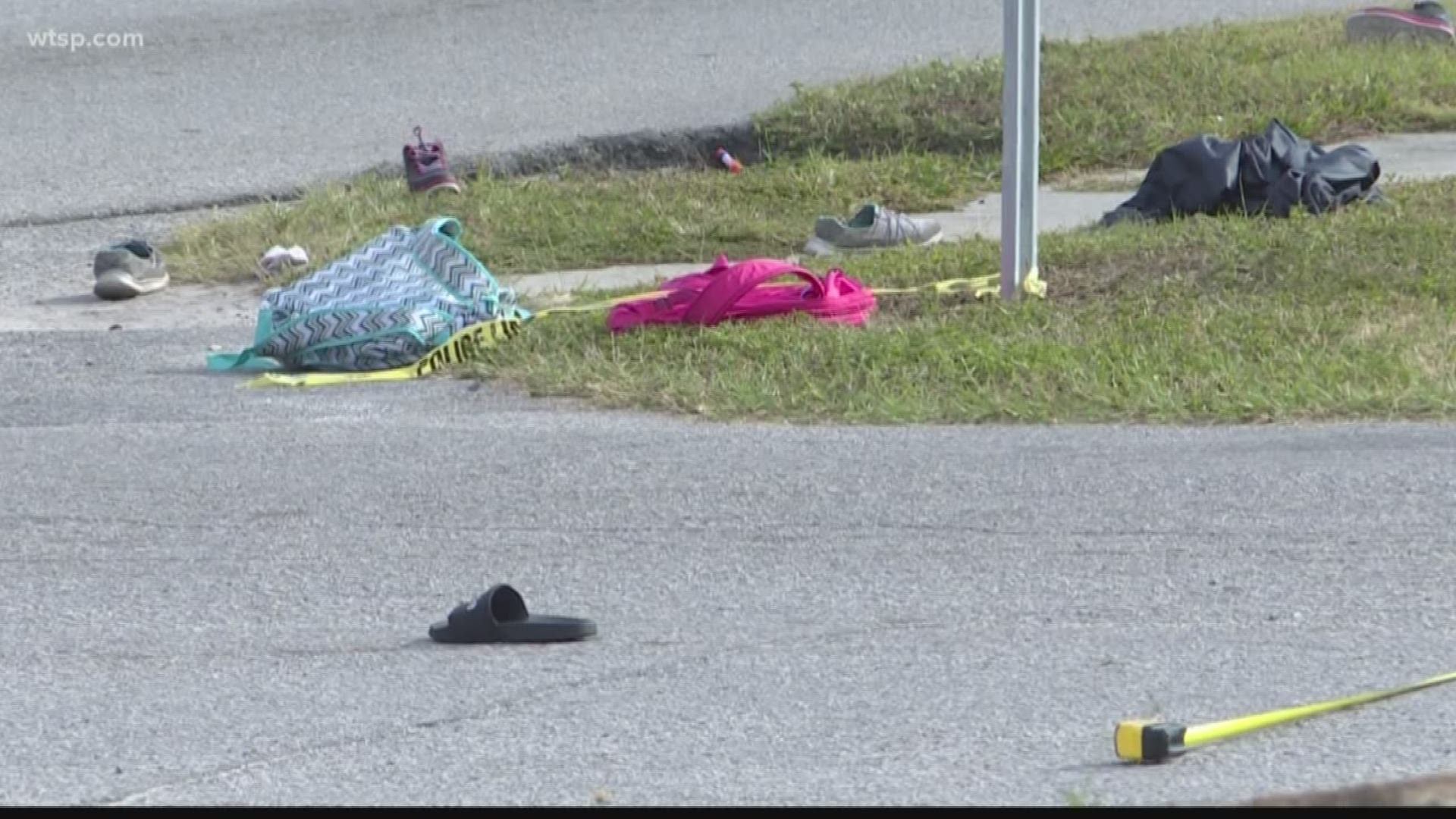 TAMPA, Fla. — Five children and two adults were hospitalized after being hit by a car while waiting at a school bus stop Thursday morning in Tampa.

Two of the children were seriously injured and as of Thursday evening remained in the hospital, according to a family friend.

“Just last night they were trick or treating and now they are fighting for their lives," said Thomas Cunneen.

“There is no need, if you are late or something give yourself more time but keep in mind there are little kids out here.”

Three other children and the two adults have been released from the hospital.

The driver has not yet been charged — although police said charges were pending.

Investigators say the 47-year-old Tampa man was driving east on East Bougainvillea Avenue just after 8 a.m. when he struck the victims at the Marvy Avenue intersection. Police said the crash appears to be unintentional, and the driver did not seem to be impaired.

"It is unclear whether the driver was speeding at the time of the crash, though a witness said he believed the car was traveling at a high rate of speed," Tampa Police Spokesperson Steve Hegarty wrote in an email.

The driver stayed at the scene and cooperated with officers.

Three of the children were 6 years old, one was 9 and the other was 12. The adults were both in their early 30s.

After learning of the crash, the principal spent the morning with the students and their families at the hospital.

"Seeing the students light up, seeing the parents light up, the family light up, just to lend that hand of support to let them know that we are here," said Woodson principal Ovettt Wilson.

Crisis team members were sent to the school to speak with any students who were emotionally shaken by the crash.

The speed limit is 30-mph, but there are no speed humps.

The road is a popular cut through to get to Nebraska or Busch Boulevard. Residents tell 10News they want something done to prevent anyone else from getting hurt.

Asked about the neighbors' concerns, Hegarty said there had been no speeding citations in the area since the beginning of the year.

Emergency responders heading to the call were in a separate crash Thursday morning.

Tampa Fire Rescue officials say an ambulance responding to the scene in North Tampa was hit by a sedan before crashing into a pole.

Fire officials said two Tampa Fire Rescue personnel and the driver of the sedan were taken to the hospital as a precaution.