As firefighters arrived, the 10 feet by 20 feet shed was up in flames. 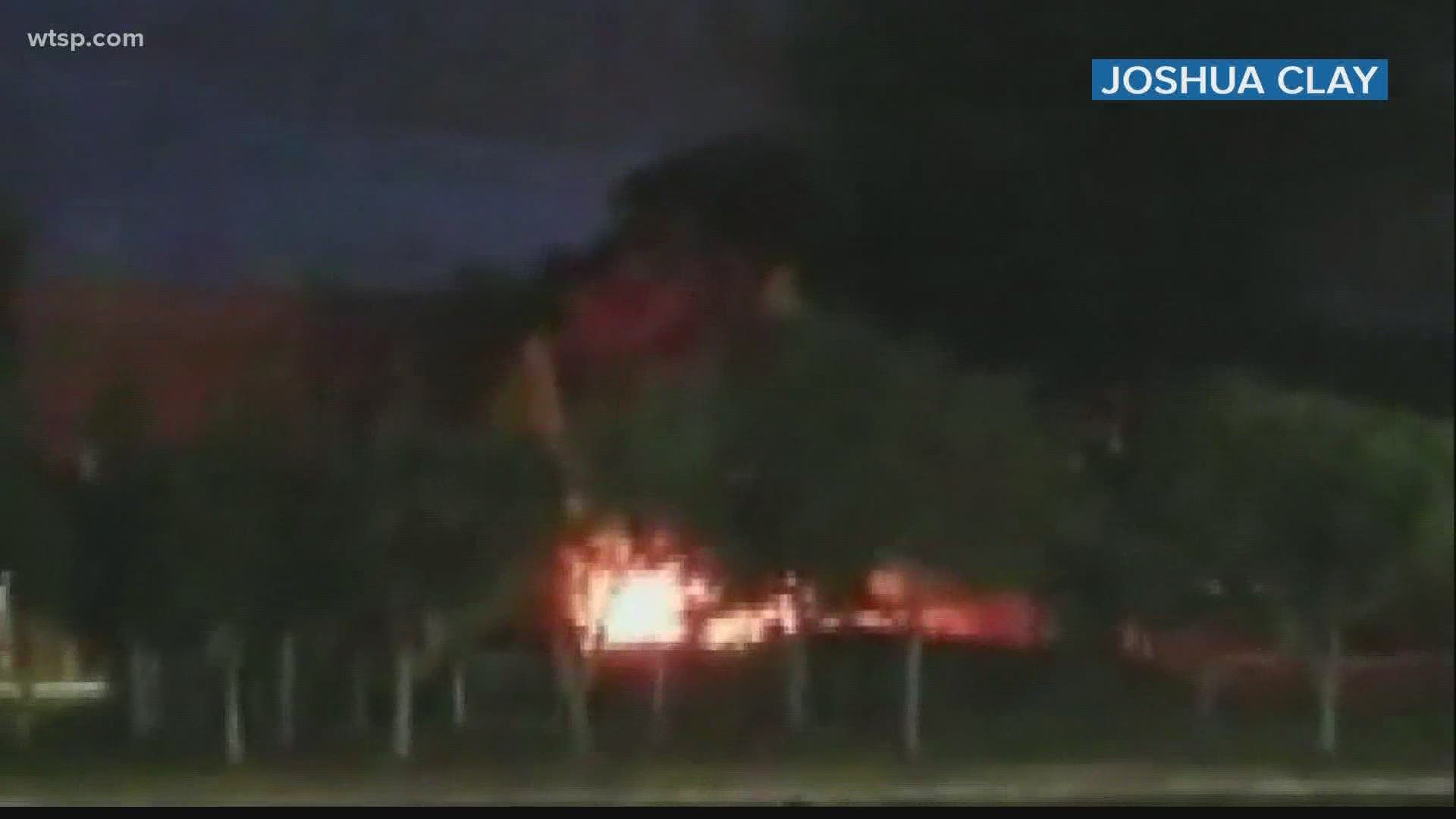 It happened around 8:30 p.m. at the school campus, located at 1701 N. Boulevard across the Hillsborough River from Water Works Park.

Tampa Fire Rescue said a 911 caller reported flames coming from a structure on the east side of campus. Upon arrival, firefighters found a 10-by-20 foot shed fully on fire.

As for what was inside? Outdoor field equipment for the football team and other sports, according to Hillsborough County Public Schools spokesperson Tanya Arja.

Photos shared by Tampa Fire Rescue appear to show the shed to be a total loss.

To extinguish the fire more than 500 feet of hose line was put down by several crews. The school building itself was not under threat, fire rescue said.

Joshua Clay, who provided a video of the fire to 10 Tampa Bay, said he was at Armature Works when he saw the flames.

"It sounded like a small explosion, and that's what caught my attention," Clay said. "I turned around and saw (it) was engulfed."

The cause of the fire is not yet known.

Angelina Salcedo contributed to this report.