A fisherman first noticed something in the water Thursday afternoon. 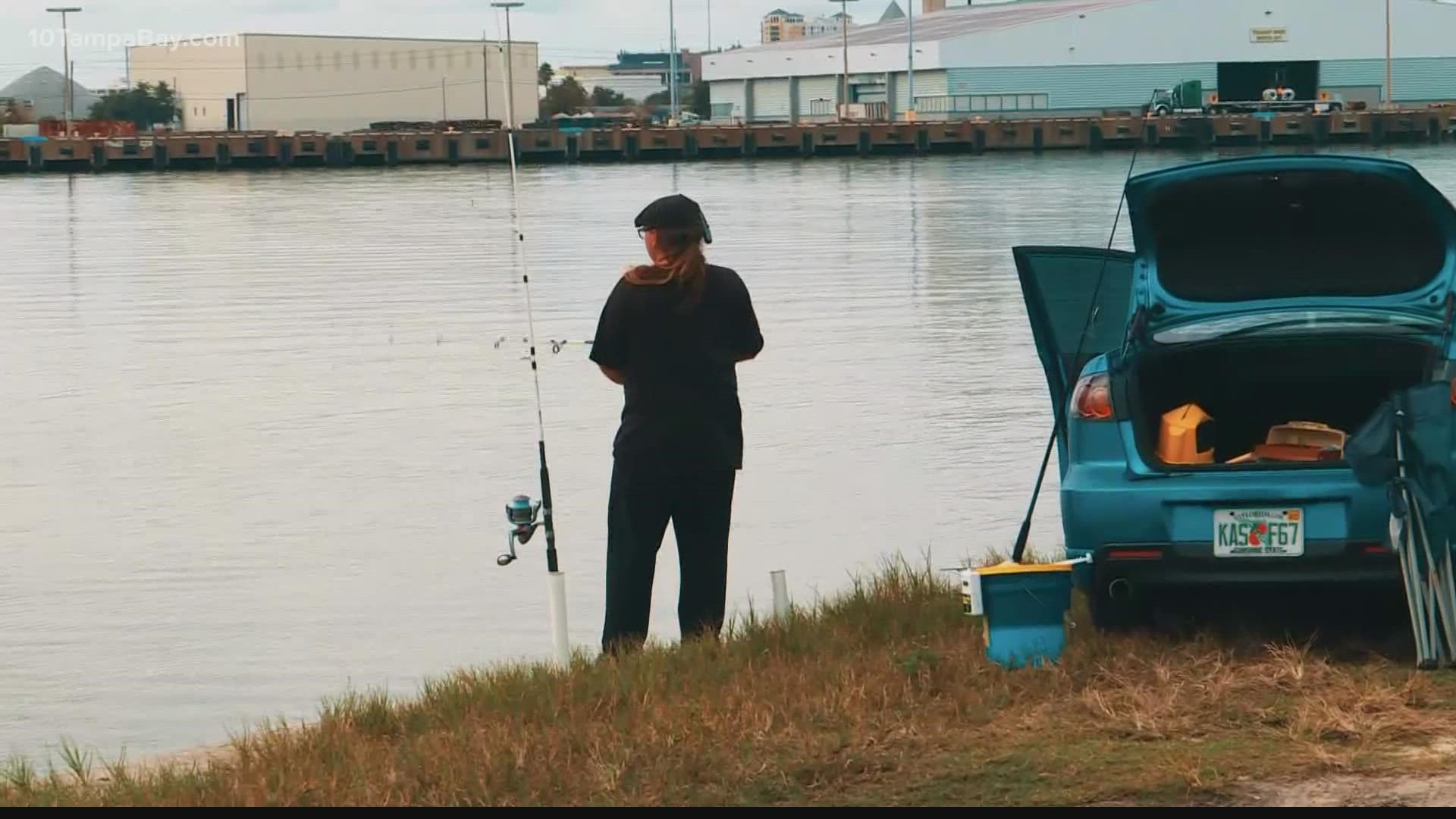 TAMPA, Fla. — Police are investigating the discovery of additional human body parts found near where a separate part was first discovered Thursday.

Officers responded Friday morning to the 22nd Street Causeway Bridge in the area of McKay Bay, located in the far northeastern corner of Tampa Bay, according to the Tampa Police Department.

It's where they say the new body parts were found.

"It was disturbing, to say the least," Stuart Welch said.

The fisherman is responsible for the second discovery this week. While he was casting his first line, he says he noticed something floating towards him.

"I noticed a white blob starting to float towards me, thought it was a dead fish first until it got close to me. It was probably around 15-20 feet offshore and realized it was a part of a human leg," Welch said.

NOW: @TampaPD interim Police Chief Ruben Delgado just got on scene here near the port to give us an update on the body parts that have been located. He says the investigation is currently very fluid and the person has not been identified @10TampaBay pic.twitter.com/64StAhkp5j

Officers and deputies from Tampa Police, the Hillsborough County Sheriff's Office, and Florida Fish and Wildlife navigated the water and air for hours looking for any evidence that will identify who the person is.

"We're working closely with the medical examiner's office to determine cause of death, how something like would've happened," Delgado said.

So far the only clue to help solve the mystery was on the leg found Thursday.

According to police, the tattoo of three hearts with ribbons and the names "Sean," "Greg" and "Zach" was located just beneath a lower right calf.

Police say they can't identify the body parts found Friday, but Welch says it was another human leg.

"It's very concerning that there's body part being dumped close to my house. I'm just trying not to think about it at this point. I'm trying not to see it," Welch said.

As police continue investigating, Delgado said they are also searching through missing person reports in the possibility that the body belongs to someone who was reported missing.