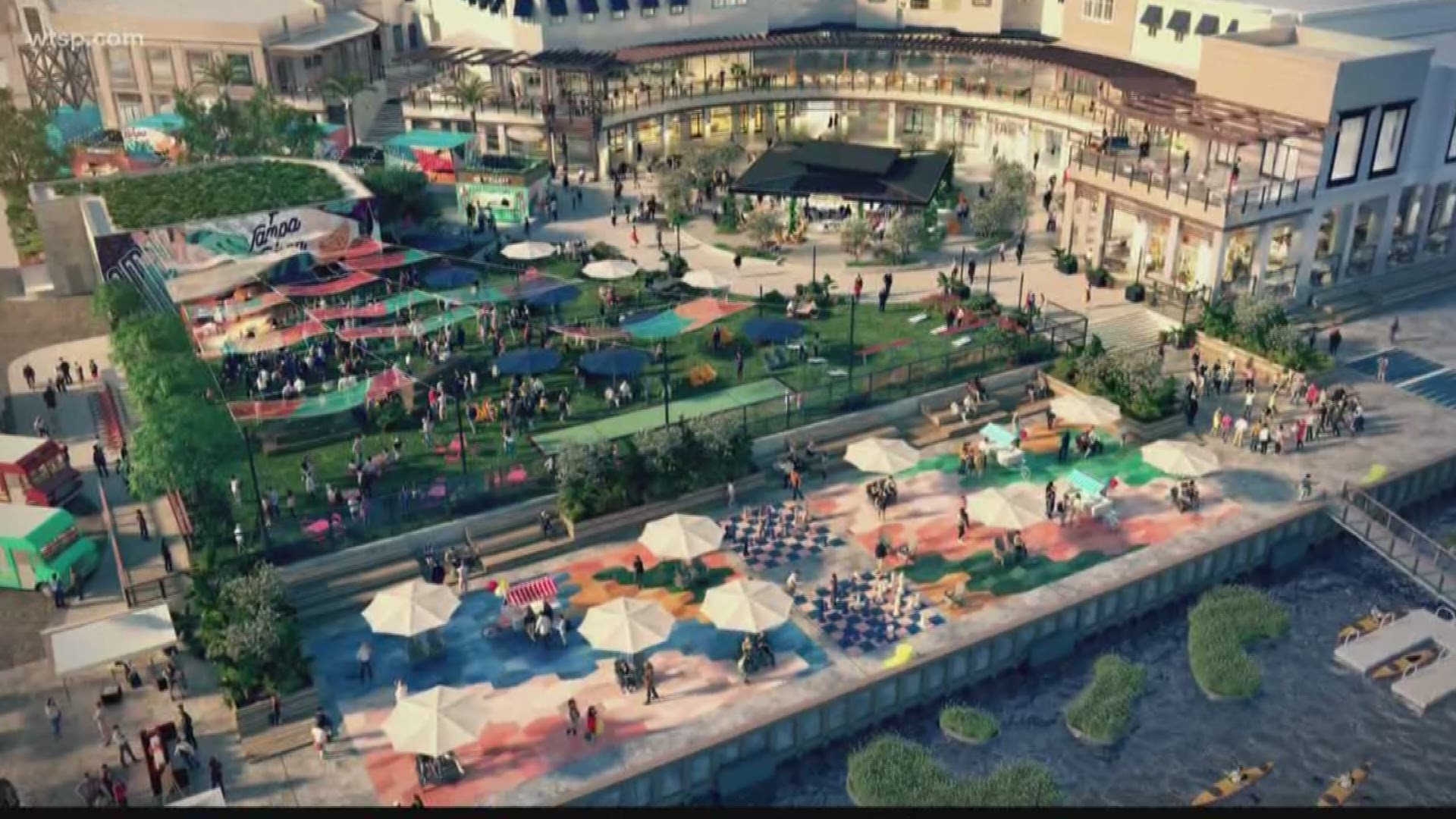 Ali Glisson, a spokeswoman for Strategic Property Partners, walked us through the plans.

“This is where the dining garden will go,” she said.

Sparkman Wharf is named after Stephen Sparkman, a former Democratic U.S. representative from March 1895 to March 1917. Sparkman is credited for getting congregational approval to dredge Tampa’s port, making it what it is today.

SPP announced the first two of ten concepts in the space’s dining garden:

• Whatever Pops and Bowls: It will offer handcrafted ice pops, gelato, acai bowls and more

With construction already underway, the excavators are digging away at what soon will be green space, with restaurants, a stage for events with a big screen for lightning games, and even a space for Joel Bigham’s Biergarten called Fermented Reality.

With the project attached to Tampa Bay Lightning owner Jeff Vinik Bigham is thankful he one of the first vendors.

“I couldn’t be more excited about it from a business perspective. Look at what’s going on around here, it’s pretty incredible,” Bigham said

Once complete, Sparkman Wharf will be a park-like environment geared to people of all ages.

“We really want this to become a destination. We really believe this can become the place you want to think of and bring your family bring the dog, bring the kids.”

“We really want this to become a destination. We believe this can become the place you want to think of and bring your family, the dog and kids,” Glisson said.

The outdoor space under construction is set to be open by October.