His retirement is effective on Sept. 10. 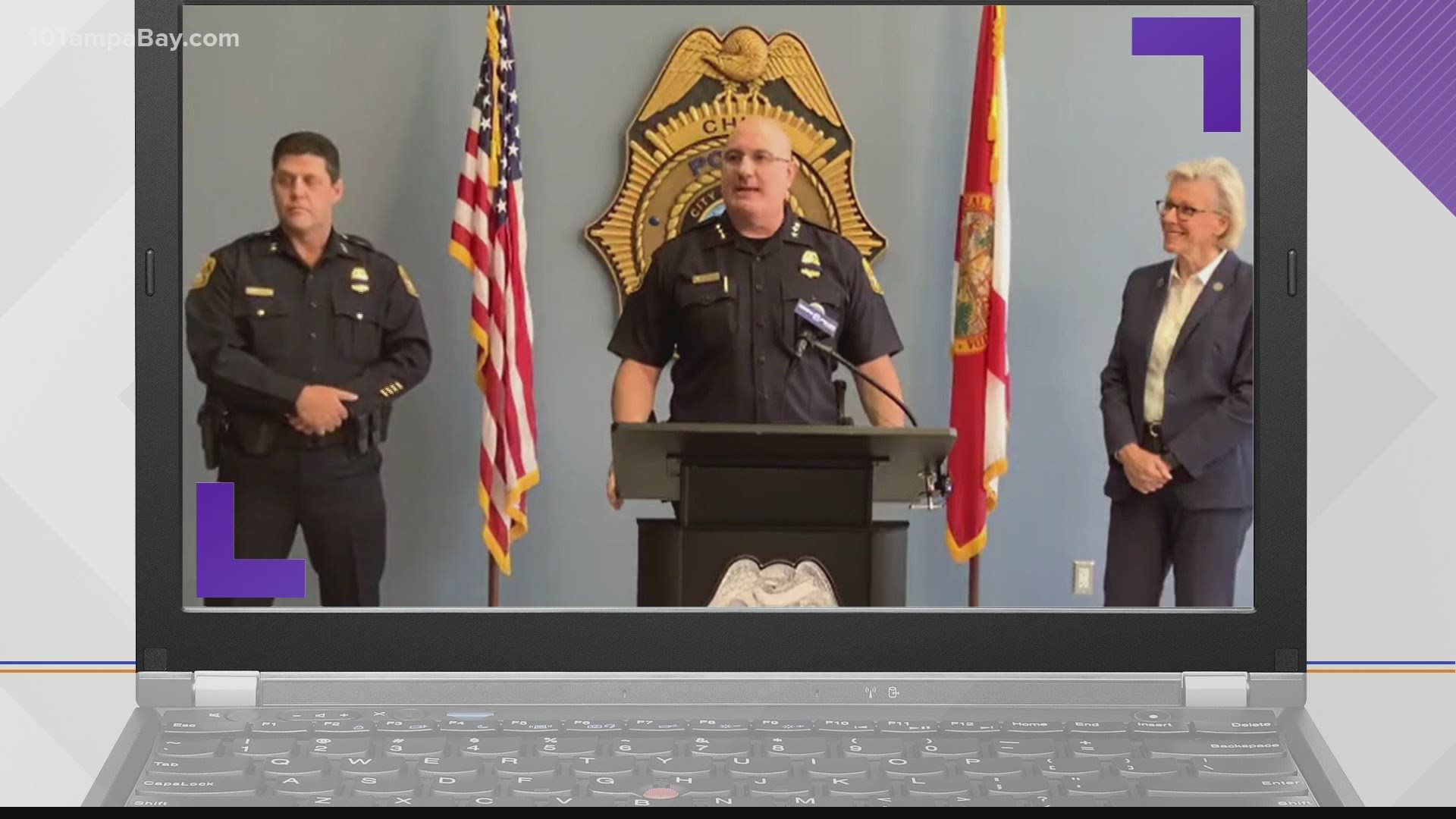 TAMPA, Fla. — After 31 years with the Tampa Police Department, Chief Brian Dugan announced he is retiring during a Monday press conference.

“It’s been an honor of a lifetime to lead this department and serve and protect this community," he said.

Dugan has served as the department's chief since 2017 after being named interim chief by then-Mayor Bob Buckhorn.

While leading the charge, the police department says Dugan played a key role in establishing its reputation as a "well-respected, highly professional organization."

"He worked with the Mayor's Task Force to hold discussions with community leaders about race relations and policing, he created his own advisory team to address issues throughout the community and he requested the Florida Department of Law Enforcement to investigate officer involved shootings," the department wrote.

Dugan expressed his gratitude for the men and women of the Tampa Police Department, saying they are the finest he's ever met.

According to Dugan, the department hasn't done everything right over the years, but it has been dedicated to doing things the right way and always improving.

"Chief Dugan has had a remarkable career as an innovative leader, with a passionate focus on community engagement and interaction. Our community owes him a debt of gratitude, as his steady guidance and leadership of America's finest police department has been nothing short of outstanding. I am grateful for his service and friendship through the years," Castor said.

She added that the moment is bittersweet for her given the department's loss of Dugan as its leader but joy for him to get more time with his family and for the "weight" of the role to be lifted.

As for what's next? "I don't have a job," Dugan joked while offering up his Twitter and Linkedin information. The chief said he waited to search for his next role to avoid a distraction for the department should word have gotten out.

Dugan did note that he has been approached by a few people in regard to running for office but did not offer any additional information.

"I'm feeling really good. I slept perfect last night which told me I was making the right decision. There's nothing that happened for this, it's just time for me to go," Dugan said.

Asst. Chief Ruben "Butch" Delgado will step in as interim chief while the city embarks on a nationwide search for Dugan's replacement, according to Castor.

Dugan shared his thoughts on what his replacement should possess, saying communication, flexibility, a willingness to change and being a good listener are top qualities.

His retirement will be effective on Sept. 10.

You can watch Dugan's full announcement below: