Would you feel safe serving on a jury? 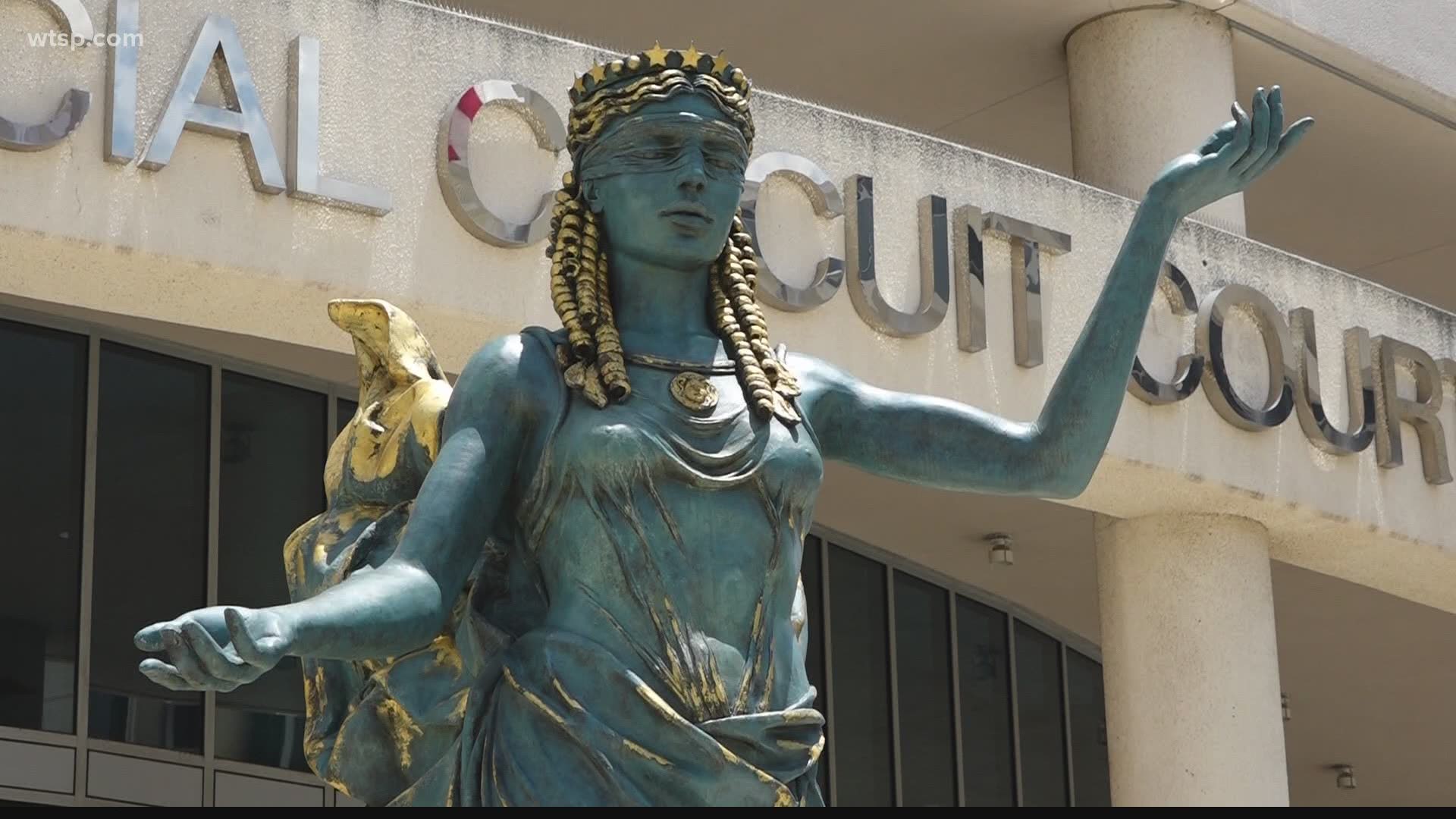 TAMPA, Fla. — Something you might not think about when it comes to COVID-19 is its impact it has had on our judicial system.

But for a defendant who’s been waiting four months for their day in court, the slow wheels of justice have all but ground to a halt.

Now, it appears Hillsborough County is moving toward re-opening the court system to include jury trials.

“It’s a different world,” said Ronald Ficarrotta, Hillsborough County’s Chief Judge, the 13th Circuit, “Most of the judges are doing their hearings via zoom, via WebEx, these different platforms, to minimize the number of people coming into the courthouse.”

“We’re not transporting inmates to the courthouse,” said Judge Ficarrotta, “We’re doing all of that via video conferencing.”

Judge Ficarrotta expects the future of courthouse business to be a hybrid of some electronic and some in-person work. They’re in the process of building a second video courtroom so they can handle two court dockets at the same time.

But for months, jury trials have been postponed. Defendants claim they have been deprived of their constitutional right to speedy trial. Some are behind bars for months waiting for their delayed day in court.

“Certainly, people are frustrated, and we understand that,” said Ficarrotta. “We are doing the best we can to try to get those cases lined up ready to be resolved.”

To do that, Ficarrotta is working to re-start criminal jury trials in Hillsborough County starting July 6, with some major changes.

“You’re going to be required to wear a face mask. If you don’t have one, we will provide one for you,” said Ficarrotta. “We are going to be taking temperature. The jury auditorium isn’t going to look like a jury auditorium has in the past with 300 people in a small room. We’re going to be spreading out the jurors into different areas where they will be allowed to social distance.”

Court rooms will also look different. Jurors will be spread out, not bunched into a jury box.

Plexiglass partitions are being explored.

Jurors won’t be forced into small rooms to deliberate. Instead, local schools, libraries, even the Tampa Convention Center are all being considered for their space.

“Our courtrooms, as I’ve indicated, are not designed to hold a large crowd if they are social distancing involved. So, we are looking at outside venues,” said Ficarrotta.

Ficarrotta also acknowledges that seating juries during a pandemic won’t be easy. There are more health concerns, financial burdens and family care issues than ever before.

“Certainly, if the answers are that you might pose, there might be an issue, you will be excused,” he said.

Hillsborough County is simultaneously experimenting with allowing jurors to use teleconferencing to watch a trial, but only in civil cases.

Ficarrotta believes criminal trials must be in person, where a defendant’s reactions and body language can be observed, and jurors can weigh a witness’s credibility.

All of these plans could change, says the judge, depending upon what happens with the virus.

But for now, expect jury summonses to start going out again the first week of June with criminal trials resuming July 6.

“The courts are an essential business. As essential as you can possibly get,” said Ficarrotta. “And so, we’re going to need the good citizens of Hillsborough County to step up and come to the courthouse.”