The cause of the crash is not yet known. 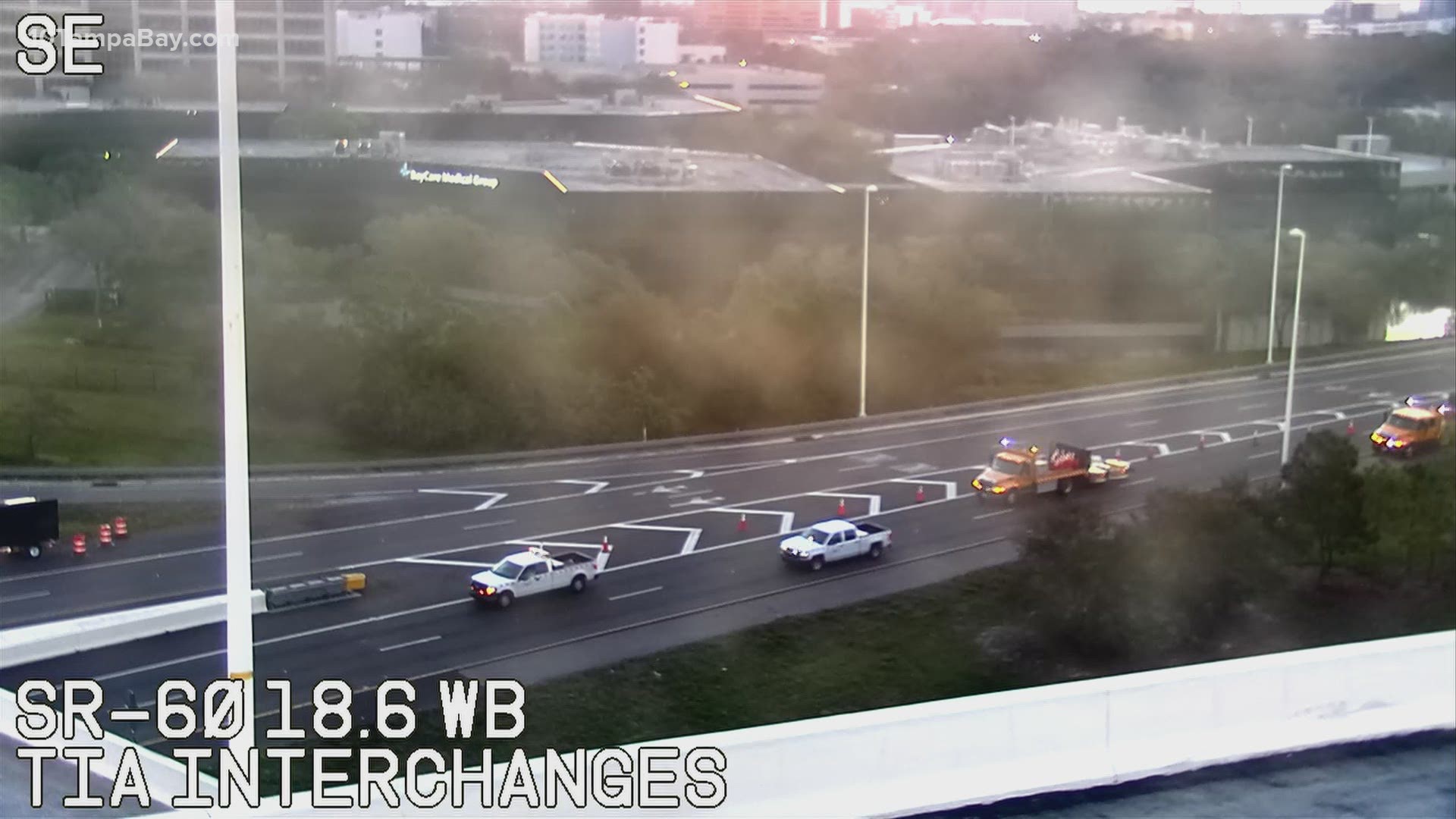 TAMPA, Fla. — At least one person was killed in a crash that shut down a stretch of the Veterans Expressway near Tampa International Airport for several hours.

It happened Sunday morning on the Veterans Expressway at the George J. Bean Parkway exit to the airport, according to the Tampa Police Department.

All lanes of the Veterans were closed with police on the scene. It reopened to traffic before 11 a.m.

It's not yet known what caused the crash.