'Rise Up for Peace': Families who lost loves ones to gun violence hold Tampa peace walk

Future peace walks will take place in neighborhoods "impacted by gun crimes in Tampa," according to a press release. 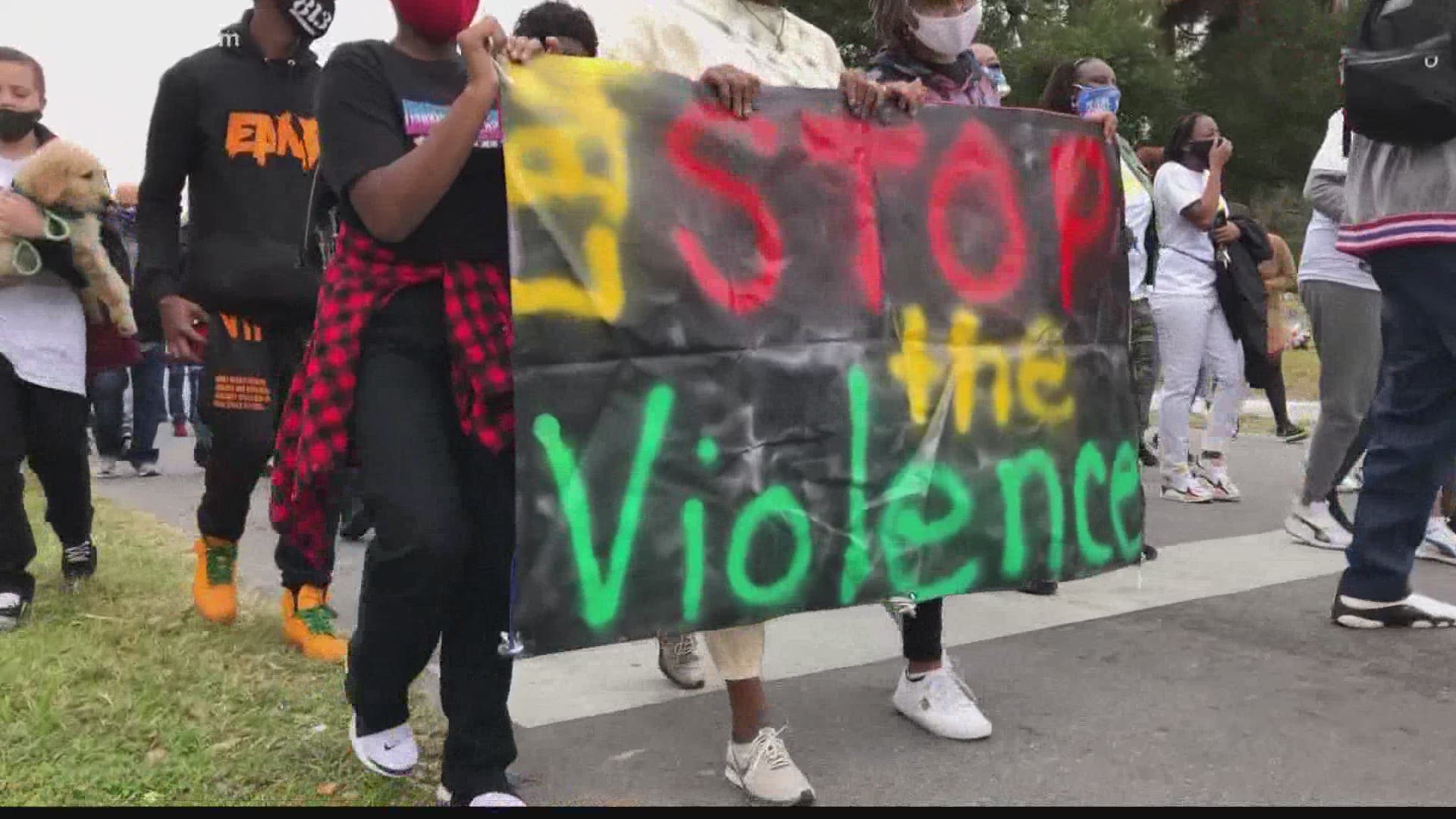 TAMPA, Fla. — Families who have lost loved ones to gun violence filled the streets in Tampa as they held their first "Rise Up for Peace" walk Sunday.

The group's goal is to raise awareness to end gun violence, an issue that has plagued parts of the city, while also encouraging those with information on unsolved cases to come forward.

In 2020 alone, the Tampa Police Department says it investigated 41 homicides, though not all were gun-related. The department added that it has responded to three murders so far this year.

Future peace walks will take place in neighborhoods "impacted by gun crimes in Tampa," according to a press release.

Anyone with information on an unsolved homicide case is urged to contact Crime Stoppers of Tampa Bay at 800-873-8477. Tips can be anonymous and still be eligible for a $5,000 reward for information that leads to an arrest.