Flames shoot out of Champs Sports store in Tampa

Firefighters were escorted to the store's Fowler Avenue location by police because of reports of looting in the area.

TAMPA, Fla. — The Champs Sports store on Fowler Avenue caught fire as crowds of people gathered at the University Mall across the street.

Tampa Fire Rescue reported they were escorted into the area by Tampa police because of reports of looting in the area.

Indeed, next door, video showed a crowd of people breaking into an ATM at the SunTrust Bank. Several of them appeared to run off with some of its contents.

One person can be heard yelling, "stimulus package, b--ch." 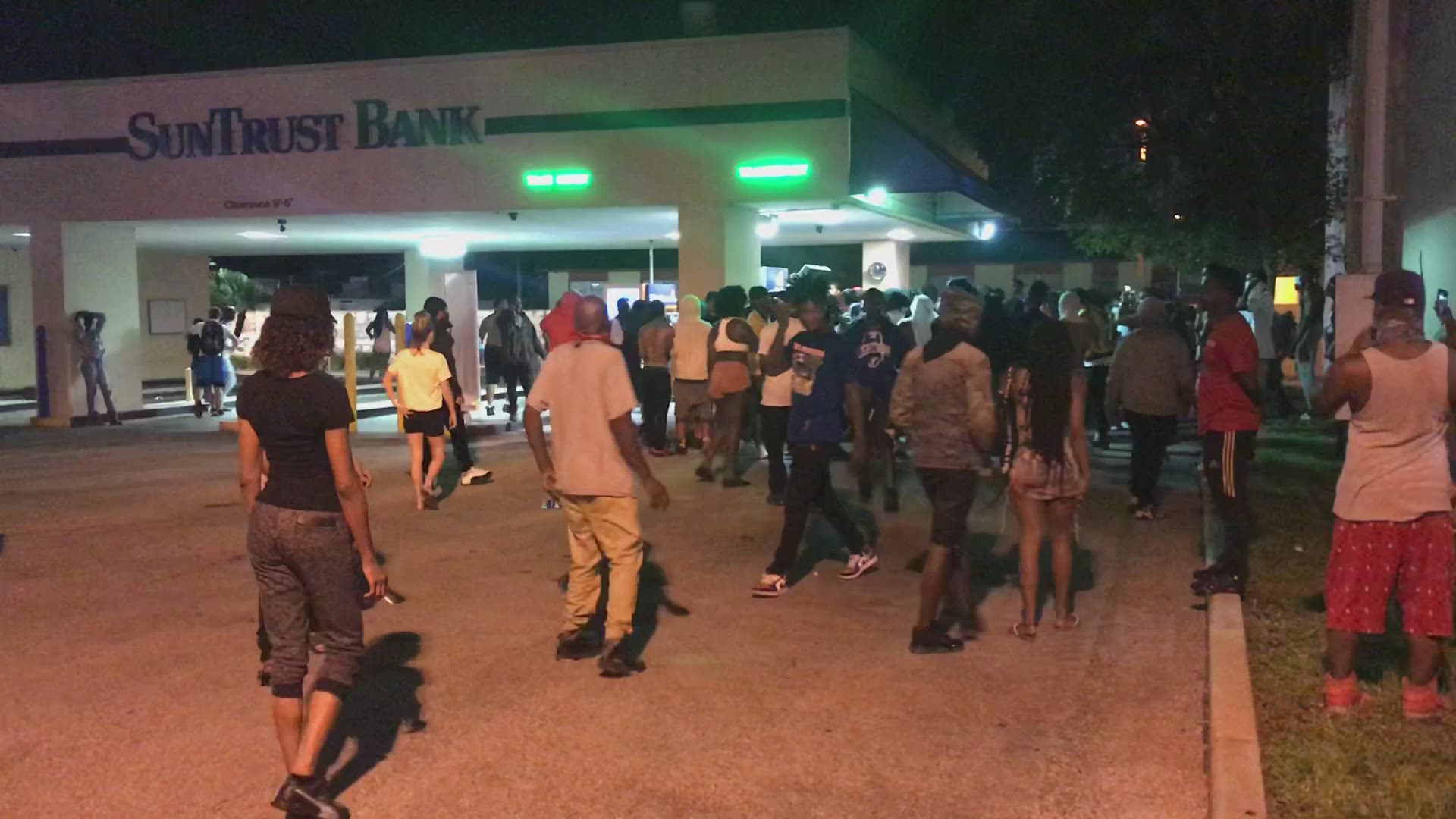 Sky10 aerial video showed the fire largely was put out after 1:30 a.m., with firefighters dousing the building with water.

RELATED: Deputy hurt at University Mall as people shatter doors in attempt to get inside