Hillsborough sheriff: Arsonist who broke into church and set fire to pews arrested

Detectives have charged him with arson and armed burglary. 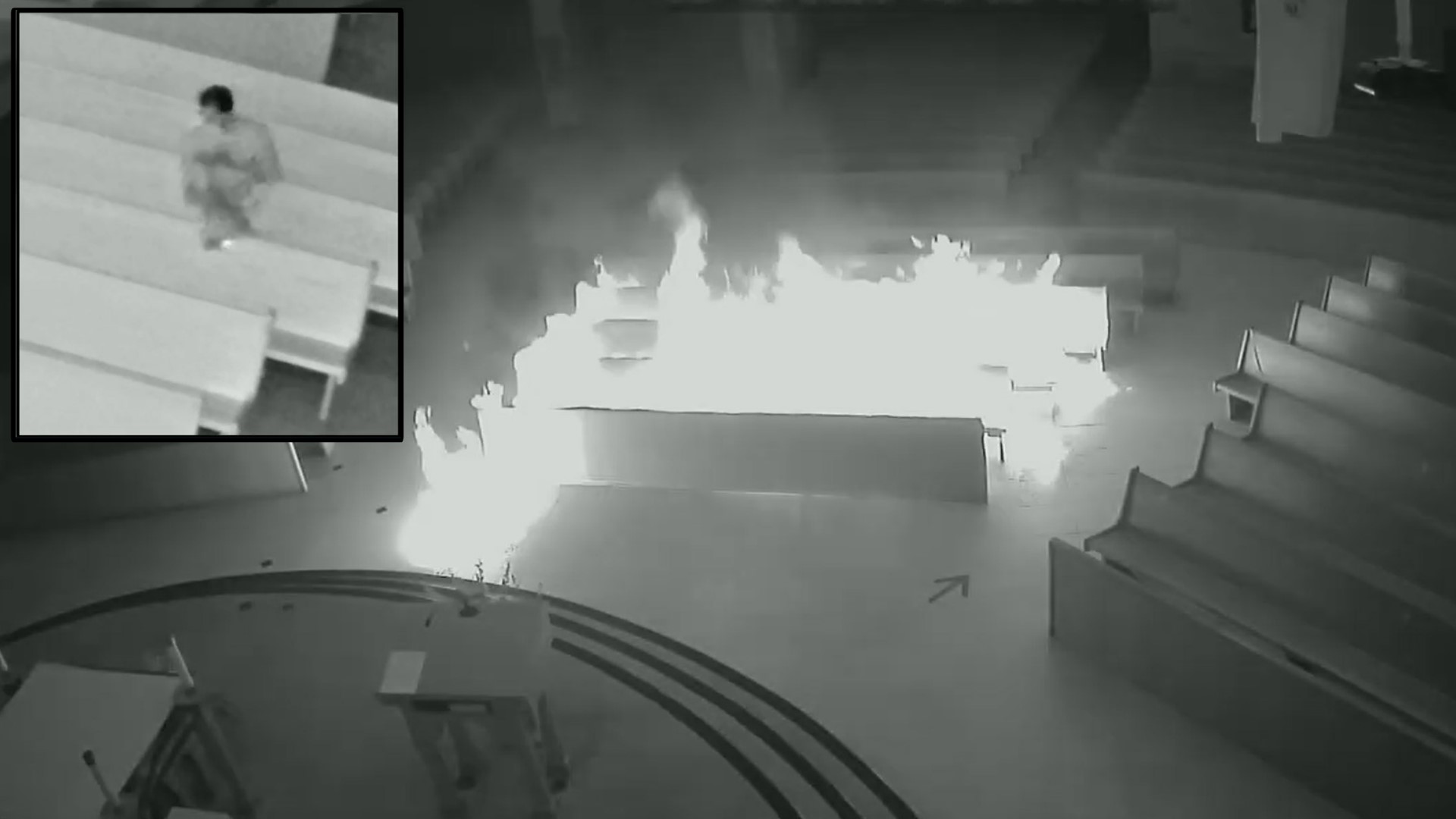 TOWN 'N' COUNTRY, Fla. — A man broke into one of Hillsborough County's most well-known churches and set it on fire. Now, deputies say they have arrested him.

It happened just after 10:30 p.m. on Sept. 18 at Incarnation Catholic Church in Town 'n' Country.

Deputies released surveillance video showing the man burglarizing the church and lighting several pews on fire. They say he got in by breaking a glass pane on the west side doors.

The man, later identified by investigators as Rodriguez-Colina, appeared to have been holding a large bottle when he walked into the sanctuary and poured flammable liquid onto three wooden pews before setting the blaze. Around 10:39 p.m., authorities say he ran out the east entrance without appearing to steal anything.

"We are working to identify this criminal who broke into one of Town 'N' Country's most popular Catholic Churches and caused significant damage," Sheriff Chad Chronister wrote in a statement during the initial report of the crime. "While we are unsure of his motive, it is clear he has no respect for private property or a sacred place of worship. We promise this church community we are doing everything we can to capture this suspect and ensure he is held accountable for his actions."

On Sept. 24, the sheriff's office released additional surveillance video from a burglary they say Rodriguez-Colina committed at Granada Meat Market on West Waters Avenue. Authorities say the video, which can be viewed below, shows Rodreguez-Colina stealing food and cigarettes from the market after he smashes the glass front door.

He was eventually found and arrested on Sept. 28 for shoplifting at a Walmart on North Dale Mabry.

On Sept. 30, deputies added the charges of arson and armed burglary for the arson at Incarnation. He was also charged with burglary while wearing a mask, criminal mischief and petit theft for the Meat Market offense. He was already in jail for shoplifting at Walmart.

“Houses of worship are such special places in our community, and we will never tolerate this type of criminal behavior,” said Sheriff Chad Chronister. “I am thankful that through good detective work and the collaboration of multiple agencies we have taken this individual off of our streets so that he can no longer wreak havoc in Hillsborough County.”

Deputies worked with a county fire investigator and the Bureau of Alcohol, Tobacco, Firearms and Explosives (ATF) on the case.