Two men forced their way into a home, with one of them getting shot by the homeowner. Deputies say the other man remains on the run. 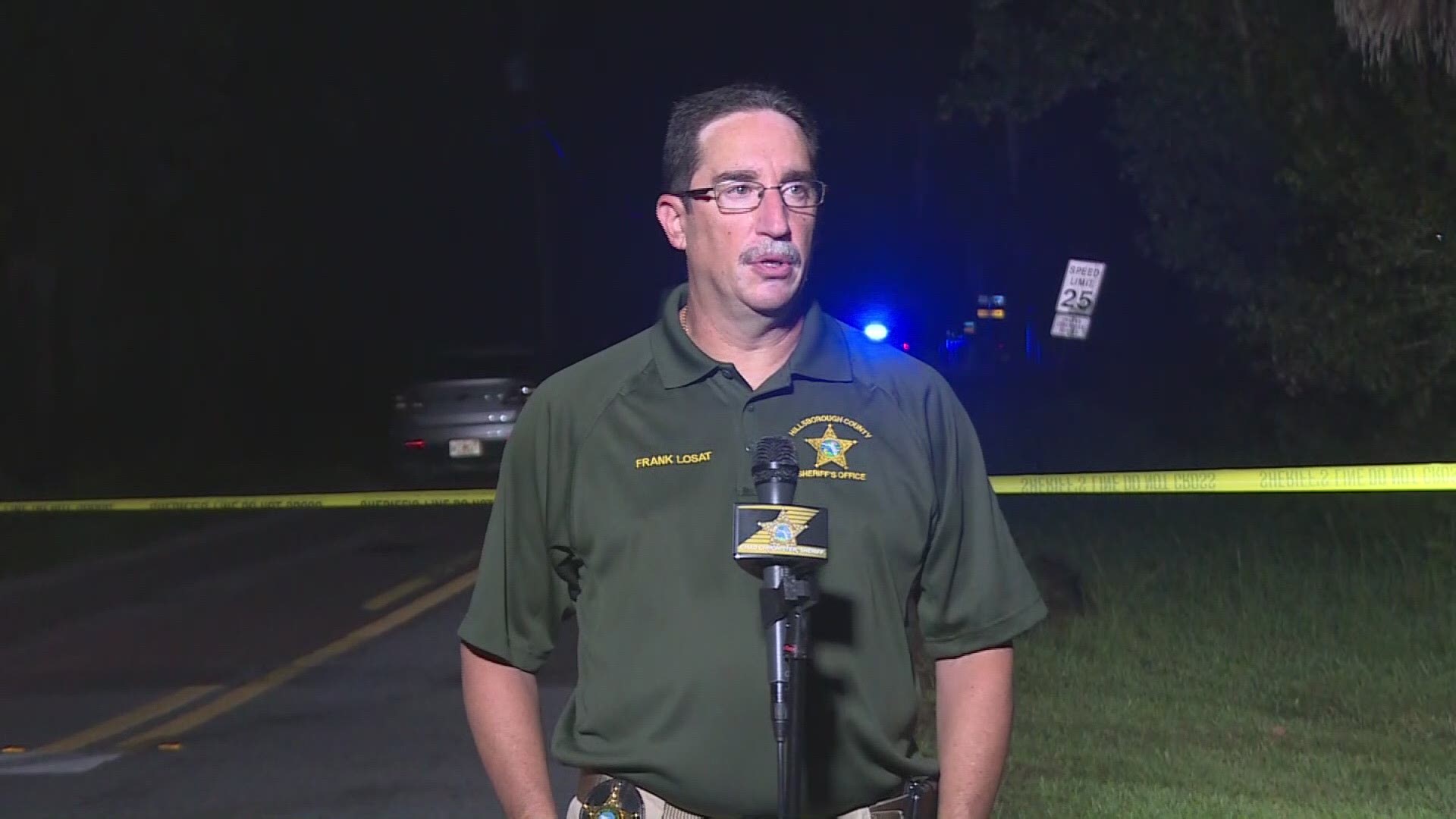 LITHIA, Fla. — A woman shot and killed a home invader, and law enforcement says the search is on for a second man.

It happened just before 9 p.m. Wednesday in the area of Old Welcome Road and South County Road 39, according to Hillsborough County Sheriff's Office Major Frank Losat.

Deputies were told two men broke into a home and made some sort of demand to the two homeowners, said Losat, with one of the occupants getting pistol-whipped and beat up.

The second female homeowner grabbed a legally-owned firearm, fired one round and hit one of the invaders. The person was found dead in a ditch on the side of the road.

Losat said the second invader has not yet been found. It's believed he left in a car.

Investigators suspect the family was targeted, so they will be working with them to determine their relationships and other past acquaintances, Losat said. The pistol-whipped homeowner was taken to an area hospital, where he's listed in stable condition.

People in the area are asked to keep an eye out and report any suspicious activity to 911.