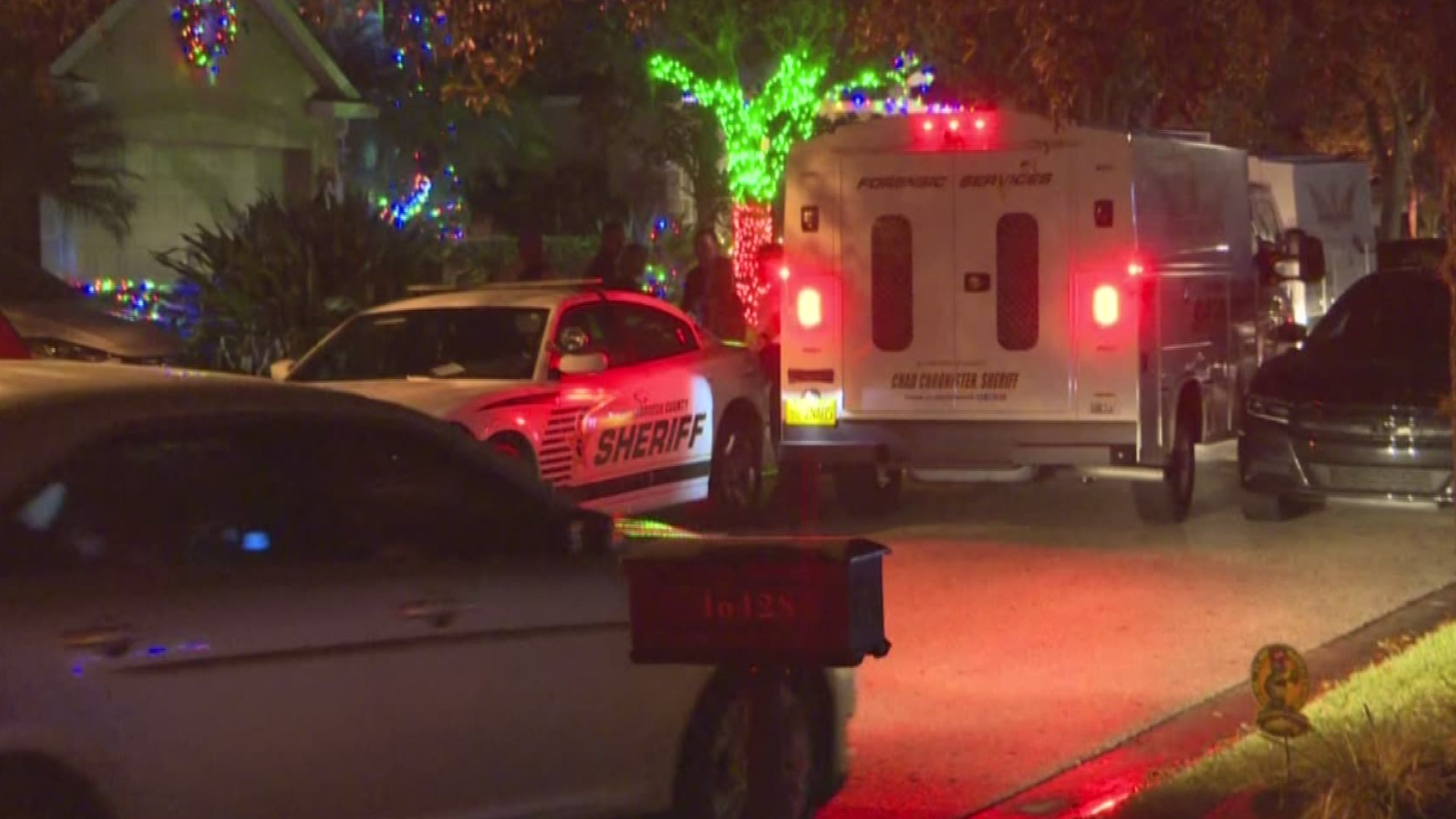 A 15-year-old is dead after a shooting at the home of a Tampa police officer.

It happened a little after 4 p.m. Friday on Bridgewalk Drive in Fish Hawk. The Hillsborough County Sheriff's Office is trying to piece together what led up to the shooting.

Authorities say the teen was shot in the upper body by another teenager. Deputies arrived within five minutes, and paramedics rushed him to the hospital. But, he didn't survive.

HCSO Captain Preston Hollis said three other teens were inside the house at the time. Their ages ranged from 15 to 16. No parents were there.

The home belongs to a Tampa police officer, but neither the teen who died nor the teen who pulled the trigger was related to the officer.

Investigators say they expect to be at the scene late into the night as they work to gather information, including where the gun came from.

"Regardless of the outcome, this is just a tragedy because we're so close to the holidays," Cpt. Hollis said.

Asked if the shooting was accidental, Cpt. Hollis said it was far too early to say.