The FDLE canceled the alert on Sept. 19. 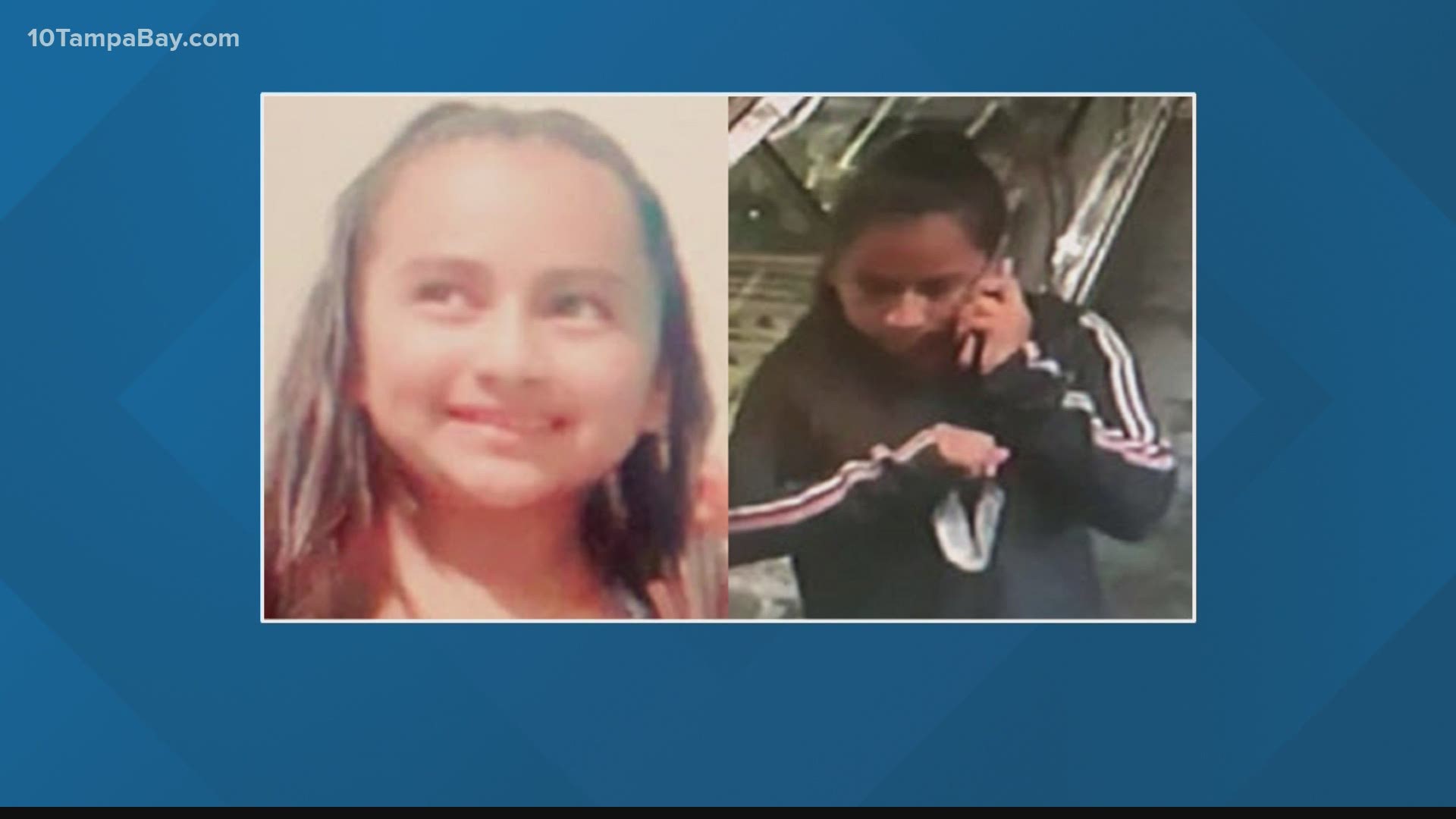 TAMPA, Fla. — UPDATE: The Florida Department of Law Enforcement has canceled the Missing Child Alert issued for 11-year-old Darirlyn Ical. Officials say that the child was found and is safe.

A Florida Missing Child Alert has been issued for an 11-year-old girl from Tampa.

Darirlyn Ical was reported missing Saturday from the area of N. Tampania Avenue and W. Chestnut Street, according to the Florida Department of Law Enforcement.

It's believed she could be with a 28-year-old man named Martin Ical, whose exact relation to the girl is not yet known. He is roughly 5-feet, 2-inches tall and weighs about 110 pounds, FDLE said. Martin Ical is said to be a white-Hispanic male with black hair and brown eyes.

Darirlyn Ical is 4-feet, 9-inches tall and weighs 80 pounds, according to the FDLE. She was said to be wearing a black hoodie with red and white stripes down the sleeves and blue jeans.

A Florida MISSING CHILD Alert has been issued for 11-year-old Darirlyn Ical. If you have any information on the whereabouts of this child, please contact the Tampa Police Department at 813-231-6130 or 911. pic.twitter.com/DnwhTZtz92