'I'll be happy to meet you again with a baseball bat:' Residents warn porch pirates to stay away

Amazon is expected to provide a refund to both families in Apollo Beach after they reported their packages stolen. 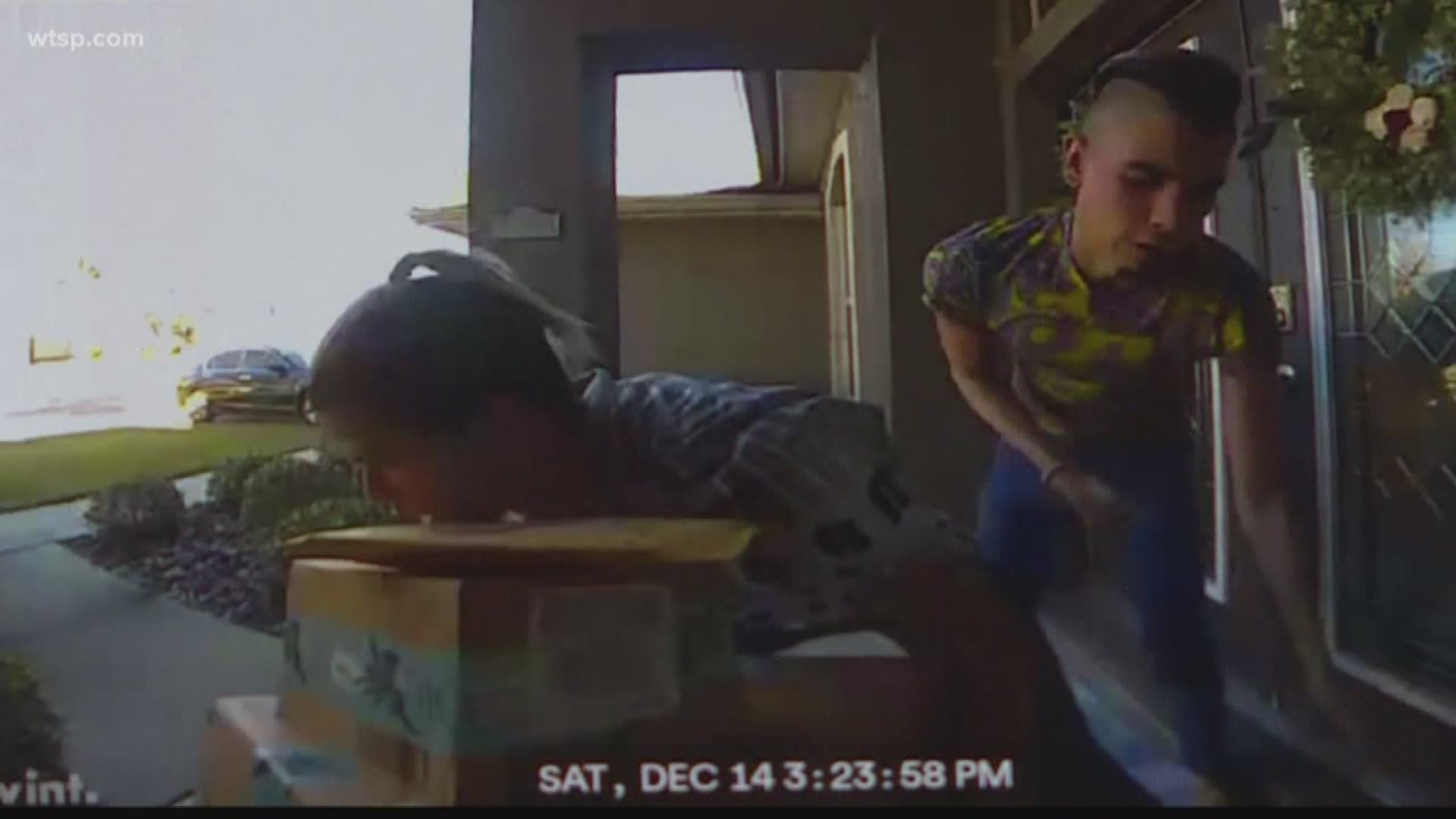 APOLLO BEACH, Fla. — 'Tis the season for porch pirates to make an appearance on your surveillance camera.

"I saw that Amazon dropped off the packages and when I came home, the packages were not here," Esteban Cordero said.

The Cordero's were expecting their Black Friday purchases and Christmas gifts. All five packages were stolen an hour after an Amazon driver dropped them off.

"We went on the cameras, we checked everything and we see the guys drive. They make a U-turn, come back come out, jump out of their car, grab the packages and drive away," Cordero said.

Two men were caught on camera. They were swift and drove away immediately.

What was even more shocking was the same thing happened to a family just seven minutes away. Paul Memoli says his cameras started recording once they detected motion.

"He was wearing a very identifiable white shirt with a bunch of letters all over it and had a man bun hair cut shaved sides of his hair," Memoli said. "Obviously, it was the same guy."

RELATED: Deputies: Amazon driver kept $890 worth of packages after marking them as 'missing'

He was only expecting some smoke detectors from Amazon. Memoli says the man was prowling and moved fast.

"He just walked up with a sweatshirt and was looking straight up. He tossed the sweatshirt on package, picked it up and went," Memoli said.

Both families reported what happened to the Hillsborough County Sheriff's Office. While deputies investigate, neither family wants to see the men around their neighborhood again.

"Enjoy my crap! Come back again any time! I'll be happy to meet you again with a baseball bat," Memoli said.

Amazon is refunding both families after they reported their packages stolen.

There are several steps you can take to protect your deliveries, including:

But when you’re dealing with people determined to grab a five-finger discount at your expense, no system is foolproof. If your package is stolen, call the vendor and report it to the shipping company as soon as possible.

RELATED: Package pirates stole your Christmas? Here’s what you can do.