The ATF is helping to determine the cause of the blast. 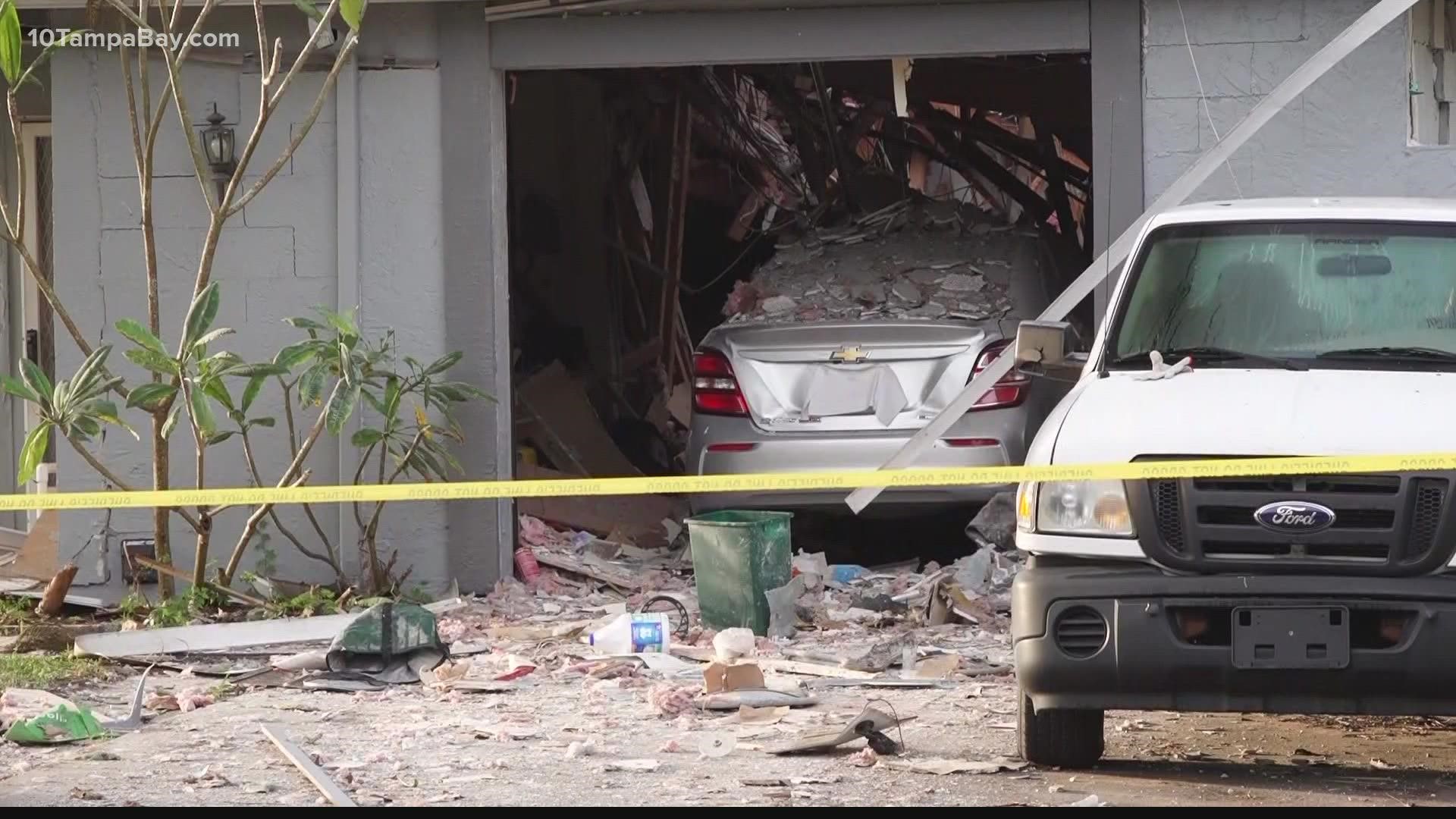 SEFFNER, Fla. — A man and woman were rushed to the hospital with serious injuries after a house blew up in Hillsborough County.

Firefighters said the explosion happened just after 4:15 p.m. Thursday at a home near King Charles Circle and King Richard Court in Seffner. Witnesses said they heard a loud boom and felt their houses shake.

“The house just immediately explodes. A big smoke everywhere. You just felt the shake in the ground. I witnessed it. Immediately my mom gets out of the car and she’s like, 'call 911' and that’s the first thing I did," Novo explained.

On top of being loud, witnesses said the explosion was forceful.

“I’m amazed on the garage door that blew across the street and you can see the concrete block all over the place," neighbor Michael Bristow added.

The cause of the explosion is under investigation. Hillsborough fire investigators are leading the probe with the assistance of the ATF.

Neighbors tell me it sounded like a bomb and their houses shook pic.twitter.com/H3QJ4Pax2G