Hillsborough County Sheriff Chad Chronister said he will protect peaceful protesters who want to have a voice. 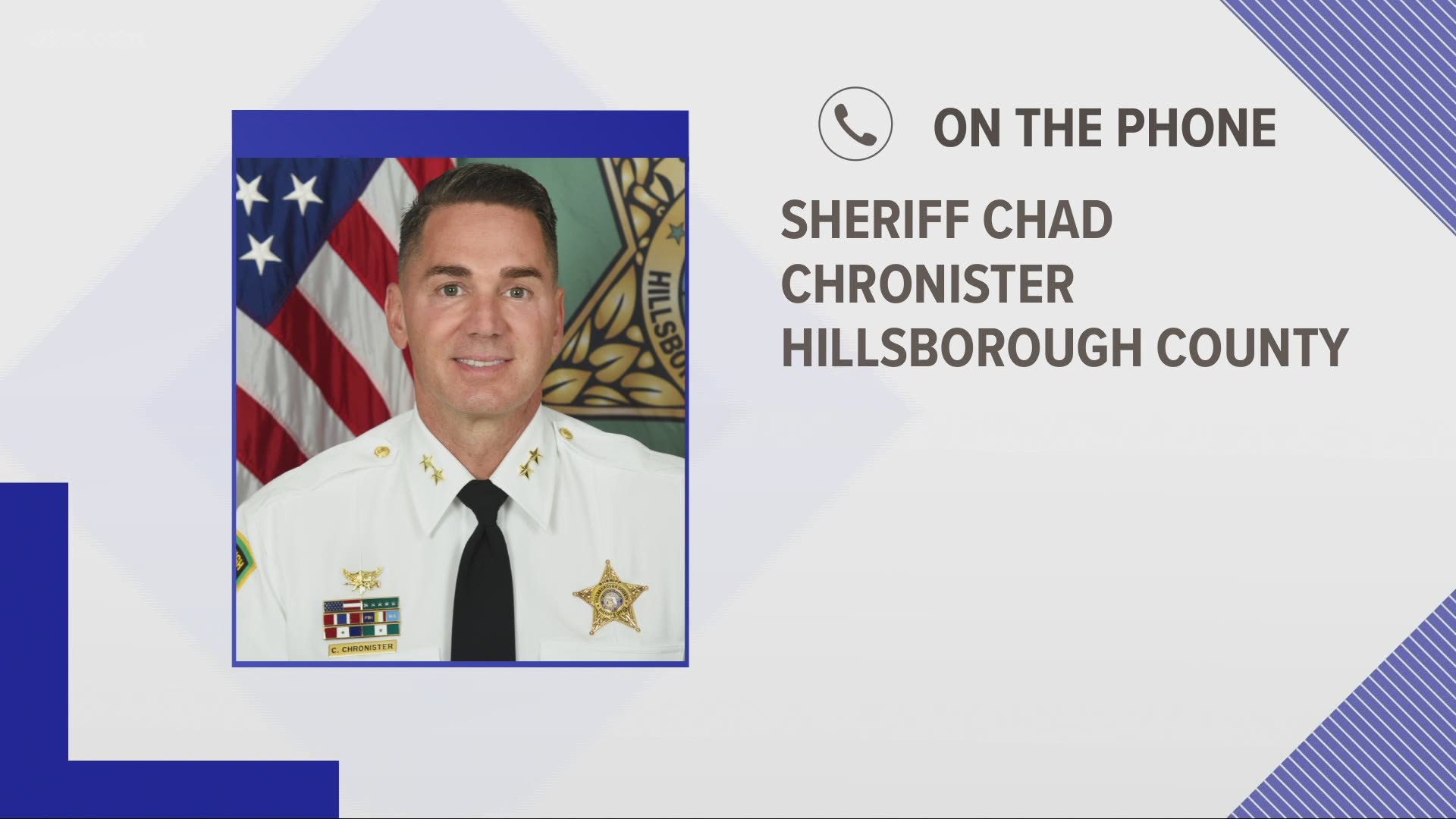 In contrast, more than 40 people were arrested a day earlier in Tampa alone, where some protesters turned to violence by throwing objects at law enforcement.

Sunday was a much different day, largely peaceful, countywide.

"For the first time in 29 years, I had to do an all-call and call every available unit from the entire 1,110-square-mile county to rush to the university area to restore some order to such a chaotic scene," Chronsiter said. "Fast-forward to tonight, the protests -- for the majority part -- have been extremely peaceful."

The sheriff told 10 Tampa Bay he has not been notified of any property damage.

"For you peaceful protesters, you wanna have a voice, I will protect you," Chronister said. "You have a voice, we hear you. Just please, for the protesters that become rioters, we're not going to tolerate it.

Charges for the seven people arrested, including a juvenile, range from burglary, battery on a law enforcement officer and third-degree grand theft.

Chronister opted not to issue a curfew, unlike the city of Tampa, because he reasons most of the violent activity was happening within city limits and not elsewhere.

He said he didn't want to punish the remainder of the county but commended Tampa Mayor Jane Castor for doing the right thing.

The citywide curfew applies to all people and businesses from 7:30 p.m. to 6 a.m. until further notice.

People making essential trips to the grocery store or pharmacy and those who work overnight hours still can be outside, the mayor said, likening the order to the safer at home order during the peak of the COVID-19 coronavirus pandemic.