Mohammed Awad rushed over to the choking dog, helping to free it as the elevator moved up with its leash. 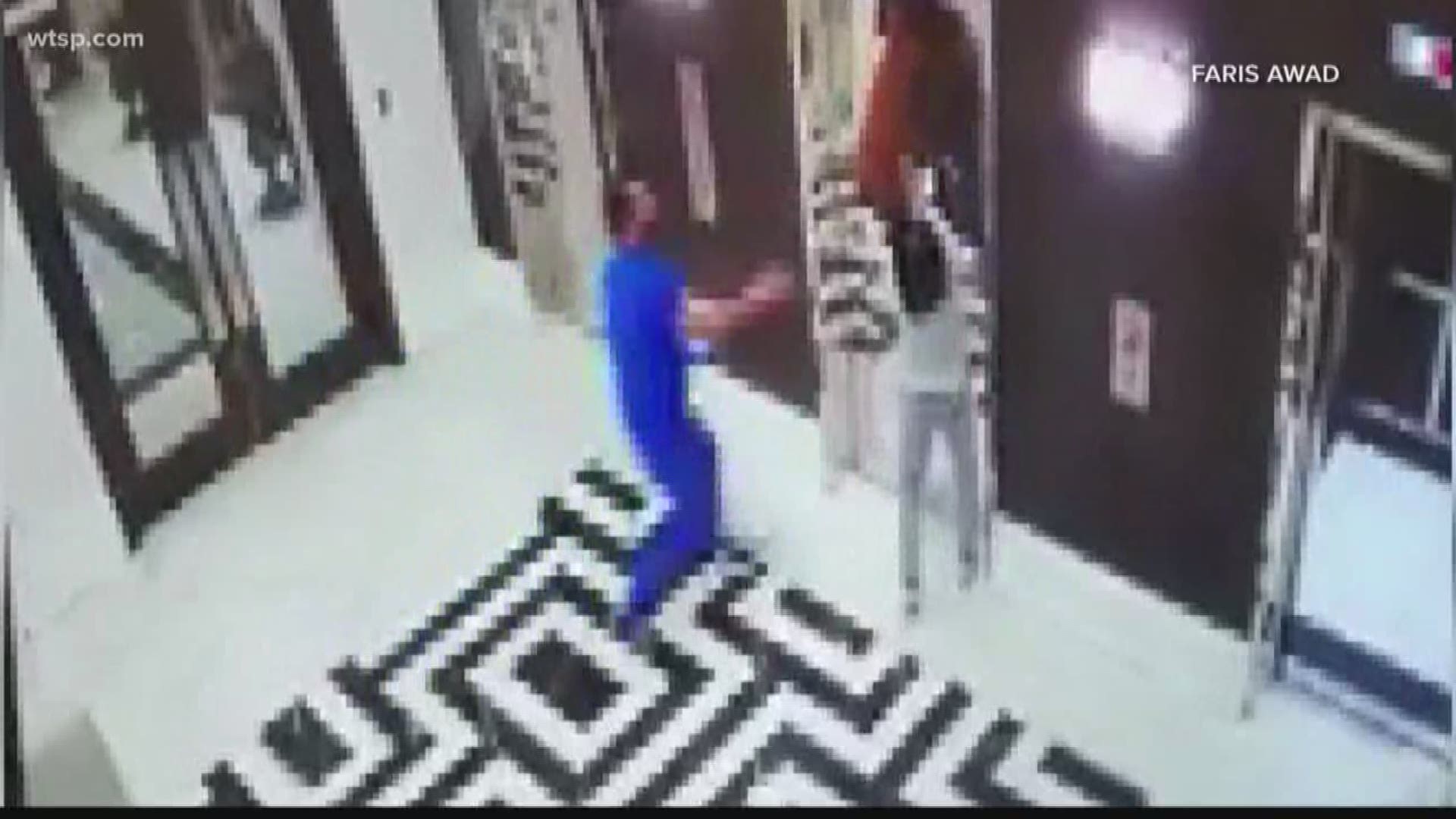 TAMPA, Fla. — In no more than a few hair-raising seconds, the elevator doors at a Tampa apartment complex closed on a dog's leash and dragged the animal up toward the ceiling.

Mohammed Awad truly was in the right place at the right time.

Awad, a local doctor seen in surveillance video taken Sunday evening at the Olympus Harbour Island Apartments, walks into the elevator lobby where a brown dog happily greets him. Unbeknown to the woman seen handling the dog, its leash got caught in the elevator doors.

Seconds later, the elevator car moves up and with it, the dog now seemingly choked by its collar.

Awad and the woman are seen frantically trying to unleash the dog before he and the animal fall to the floor -- now safe and sound.

"I’m basically trying to break the leash away from the dog’s neck," Awad said. "You can see in the video, my first try I couldn’t get it and I basically looked up and thought in one second, 'I can’t do this, it’s too hard but I’m going to try it one more time and give it everything I have.'

"I jumped up again and I basically last minute got it. The dog basically had one or two seconds left."

It's unknown whether the woman is the dog's owner.