On Thursday, Mayor Jane Castor shared all the recommendations from the city's economic advisory committee which was created back in August. 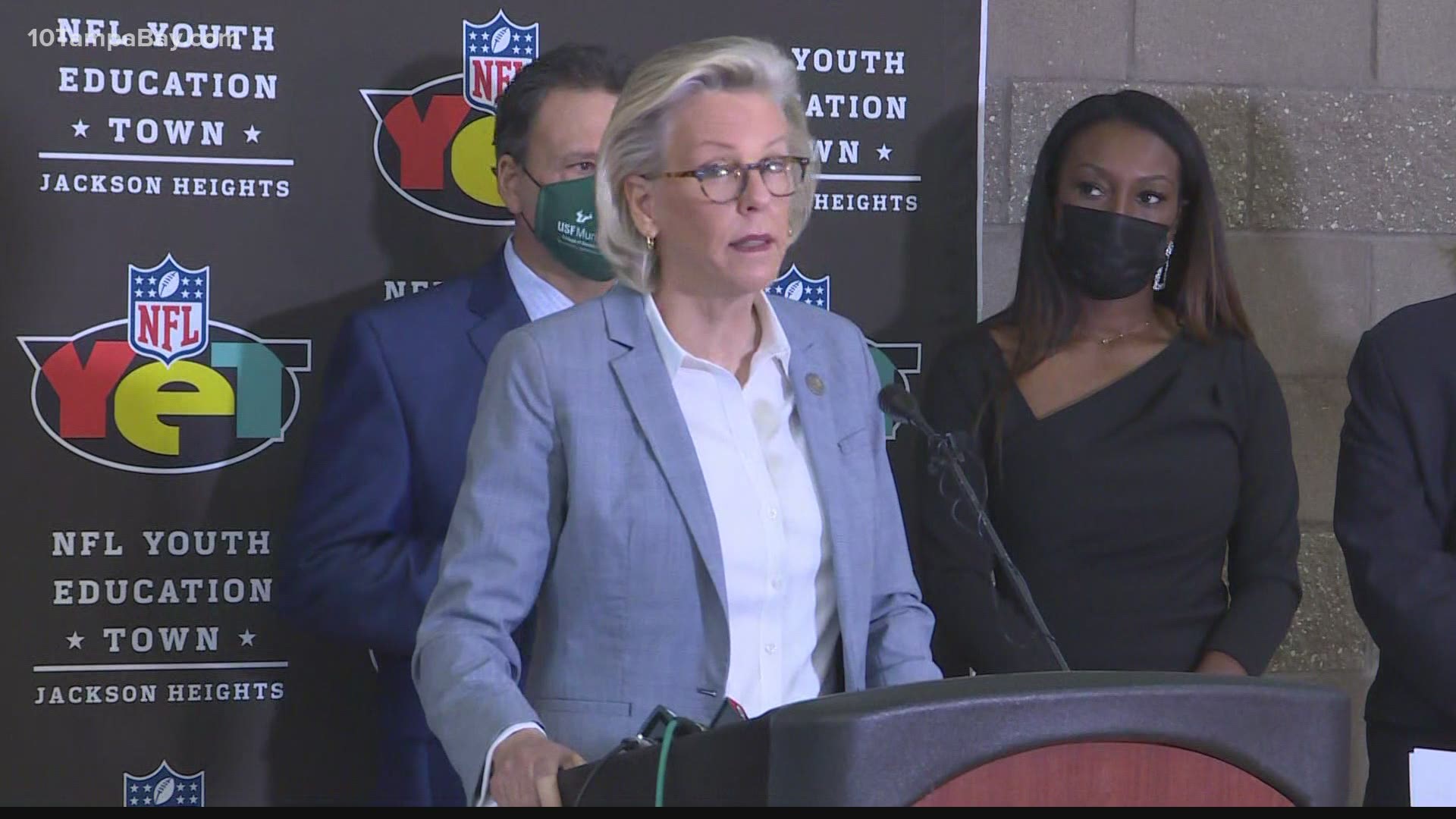 TAMPA, Fla. — It's no secret Tampa is growing fast. And, with that growth comes some growing pains.

Just eight months after launching, the city's Economic Advisory Committee has a list of recommendations to help keep the city on track to succeed.

"The good news is that Tampa is performing well in many of the key economic areas," Tampa Mayor Jane Castor said, "But in other areas, we need to work to reverse downward trends or continue to drive those improvements."

On Thursday, Mayor Castor released the list of recommendations from the committee.

"One of the recommendations concerns expanding digital access in our community. We will work with telecommunications companies to expand it to all neighborhoods," she said.

"We are announcing a partnership with career source to provide 50 teens and young adults with year-round employment opportunities through our Parks and Rec. system," Mayor Castor said.

They're also focusing on homeownership programs and closing the racial poverty gap in under-resourced areas and announcing a new workforce council as well.

"I'm happy to announce the Mayor's workforce council. They will implement vital strategies and build a pipeline of workers to grow Tampa's economy," Mayor Castor said.

You can have a full look at the detailed list of recommendations online.