The department released the 12 minutes of body camera footage showing what it says was enough to terminate the eight-year veteran. 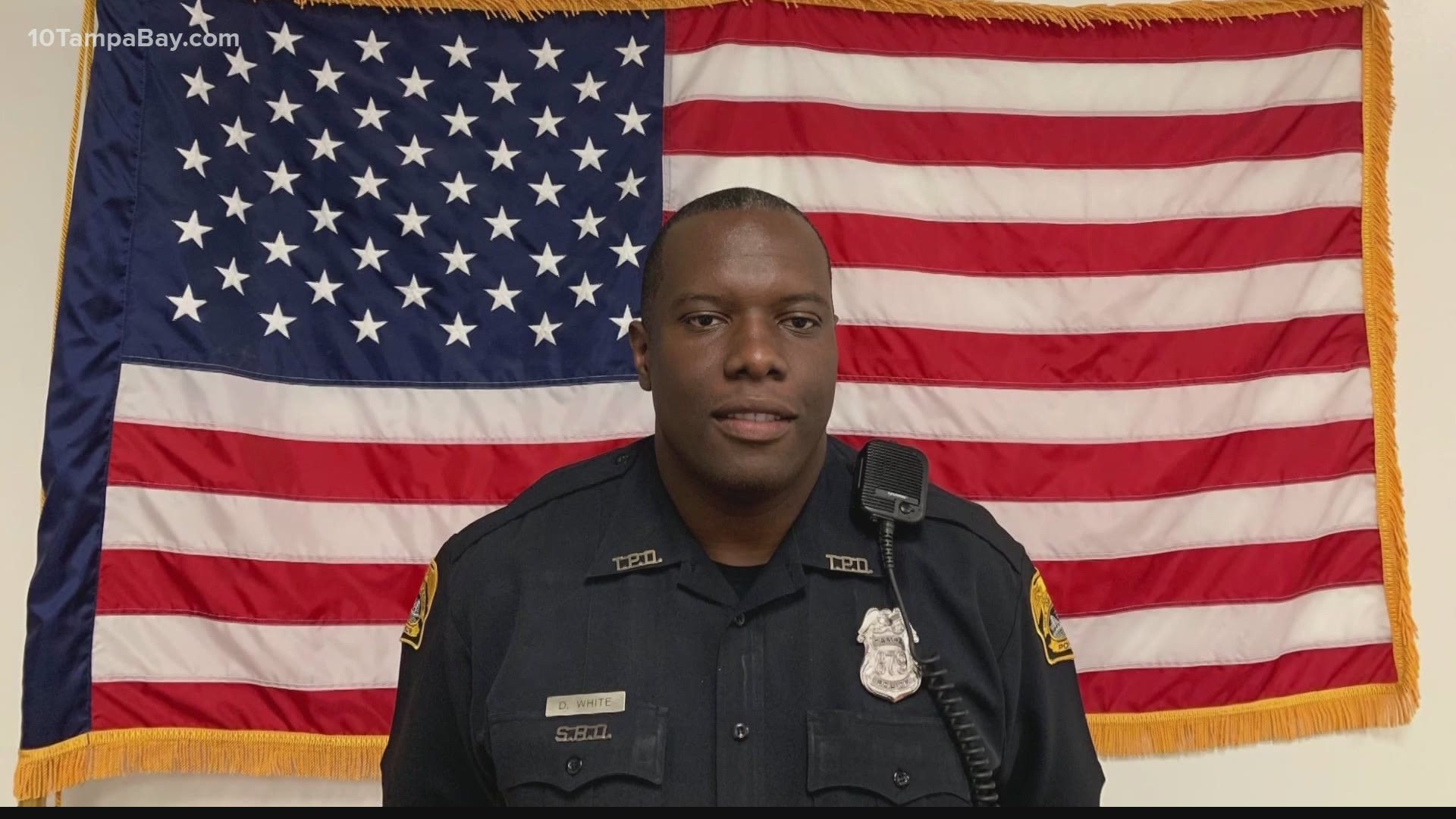 TAMPA, Fla. — The Tampa Police Benevolent Association says it is backing fired police Officer Delvin White, who was caught on body-camera video using a racist term in a handful of instances.

White, an eight-year veteran who most recently served as a school resource officer at Middleton High School, was caught on video on Nov. 13, 2020, saying the N-word apparently to himself, police said.

The video published in this story has been edited down to show the four instances of the use of the word -- they have been bleeped out. Language warning: The full video is posted on the Tampa Police Department's YouTube page.

A few minutes later, White was heard referencing a group of people as "ghetto N******" while speaking on the phone. 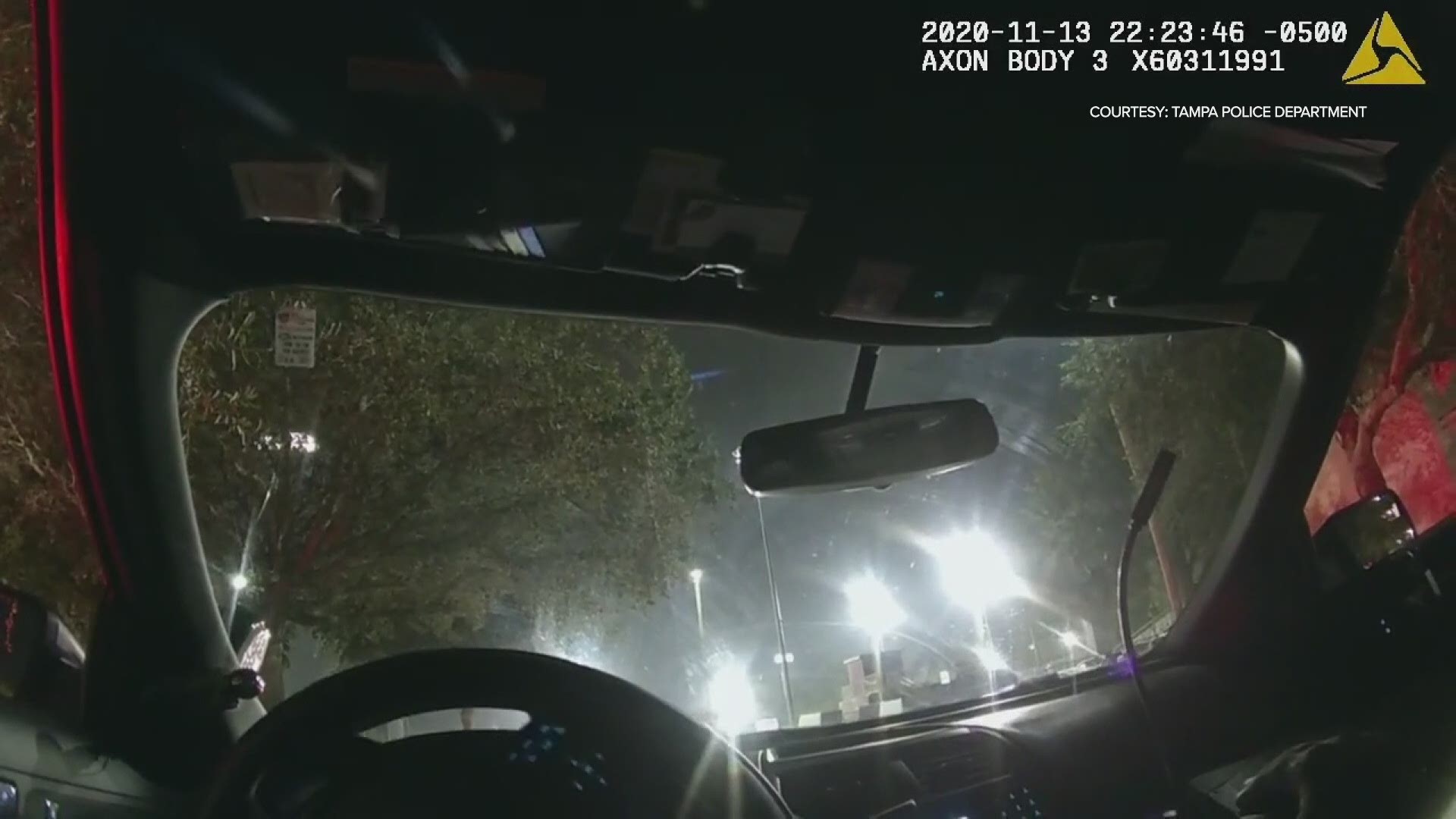 As he was under investigation, police said White informed his supervisor that there was another incident a few days later on Nov. 30, 2020, where he used the N-word again during an arrest.

His body-worn camera captured him uttering the word twice while making an arrest for trespassing.

"Derogatory statements made by police officers jeopardize the trust that our department works to establish with our community," Tampa Police Chief Brian Dugan said in a statement on Tuesday. "Tampa Police officers are held to a higher standard and incidents like this negatively impact the entire law enforcement profession".

White was terminated due to violations of policy that prohibit discriminatory conduct.

In response to White's firing, the Tampa Police Benevolent Association issued a statement in support of him and says it will file a formal grievance on his behalf in hopes he will be reinstated.

"We stand with the City of Tampa and the Tampa Police Department in their efforts to stamp out racism in every form and condemn any and all derogatory statements in or out of uniform," a statement on Facebook read. "The facts in the Delvin White matter do not reflect an act or any intent that warrants the punishment he received for his alleged transgression.

"Officer White is a beloved and trusted member of the East Tampa community that he was raised in and that he protected every day. Despite his misstep, throughout the investigation, private citizens and other individuals associated with his school contacted the Chief of Police lending their support and reflecting their admiration for his character and contributions. The PBA will file a formal grievance on Officer White’s behalf with the hope and expectation of getting this valued Officer back to work."

The Hillsborough NAACP said it does not condone the use of the N-word, but would like to have a conversation with TPD and the PBA about where to go from here regarding the case.