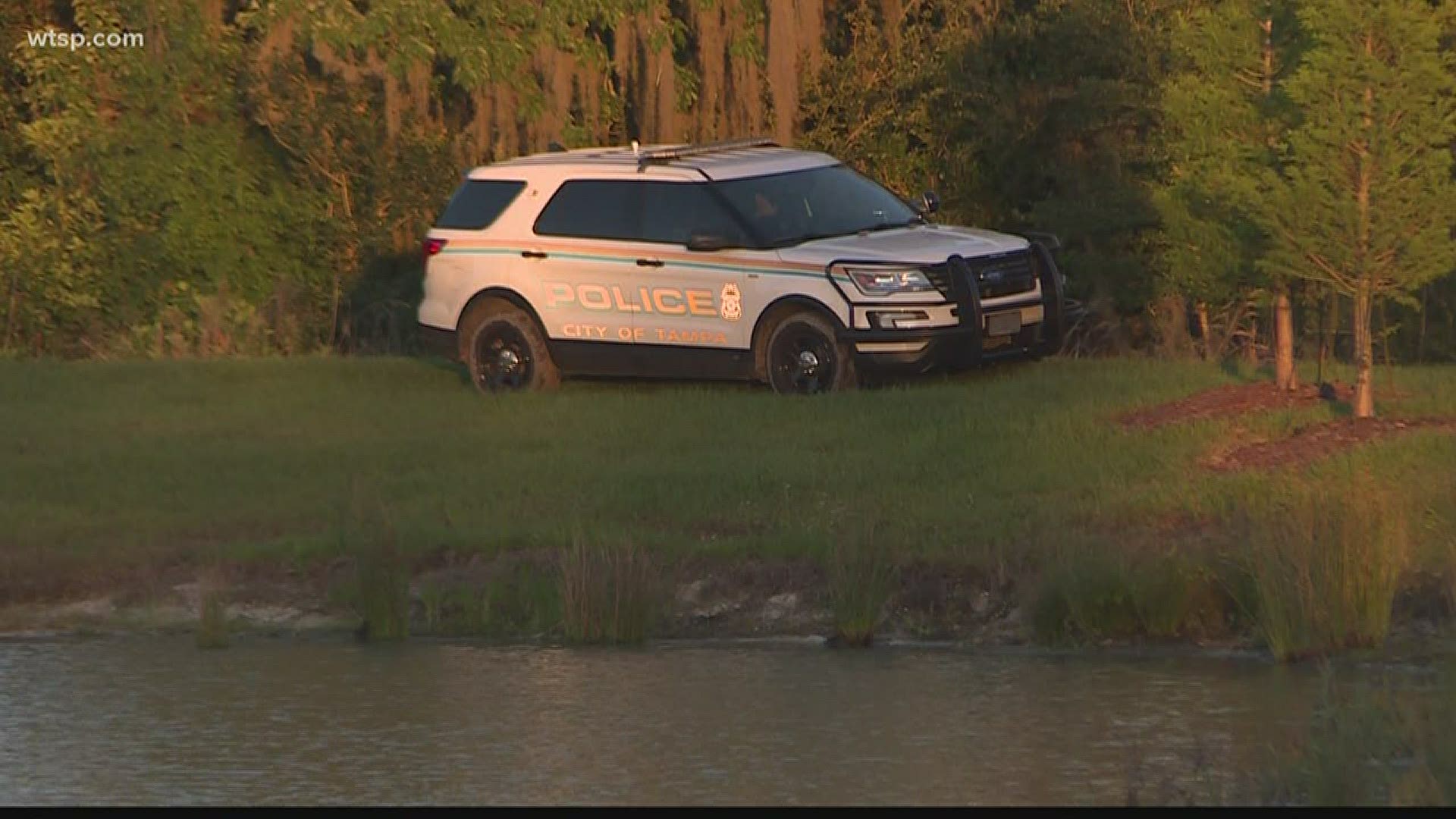 TAMPA, Fla. — Update, May 4: Tampa police say 2-year-old Lorie Thermidor left her house around 3:40 p.m. Friday and walked across the street to a wooded area near a pond.

Moments after she left, police say her father noticed his front door was open. He went out to search for her and then called the police.

A neighbor showed authorities video from his Ring doorbell, which police say showed a child walking towards the water.

Police searched the neighborhood and area for hours with volunteers, neighbors, two bloodhounds and air patrol.

Around 8 p.m. Friday, divers found Lori dead more than 30 feet out in the water.

The police department called it a "tragic accident" and that the investigation does not suggest anything criminal.

Update, May 1: The Tampa police department is reporting that the 2-year-old girl was found dead in a lake near her home.

Divers were launched to search the lake earlier this evening along with a neighborhood search involving bloodhounds and air service.

This is a developing story. Check back with 10News for updates.

Police say Lorie Thermidor was last seen around 3:40 p.m. in the 194000 block of Redwood Point Drive near Stallion Fields Way in Tampa.

It is possible Thermidor walked across the street into a wooded area.

A few minutes went by before her father realized she was gone and started searching for her, according to police.

Thermidor is described as 3 feet tall and approximately 40 pounds and was last seen wearing a pink with gray polka dot pajama onesie.

Right now, police are searching the neighborhood with dozens of volunteers, two bloodhounds and air service. Divers are expected to search a lake near the child's home, according to police.