A motorcyclist reportedly hit a man riding a bike. Both men were killed. 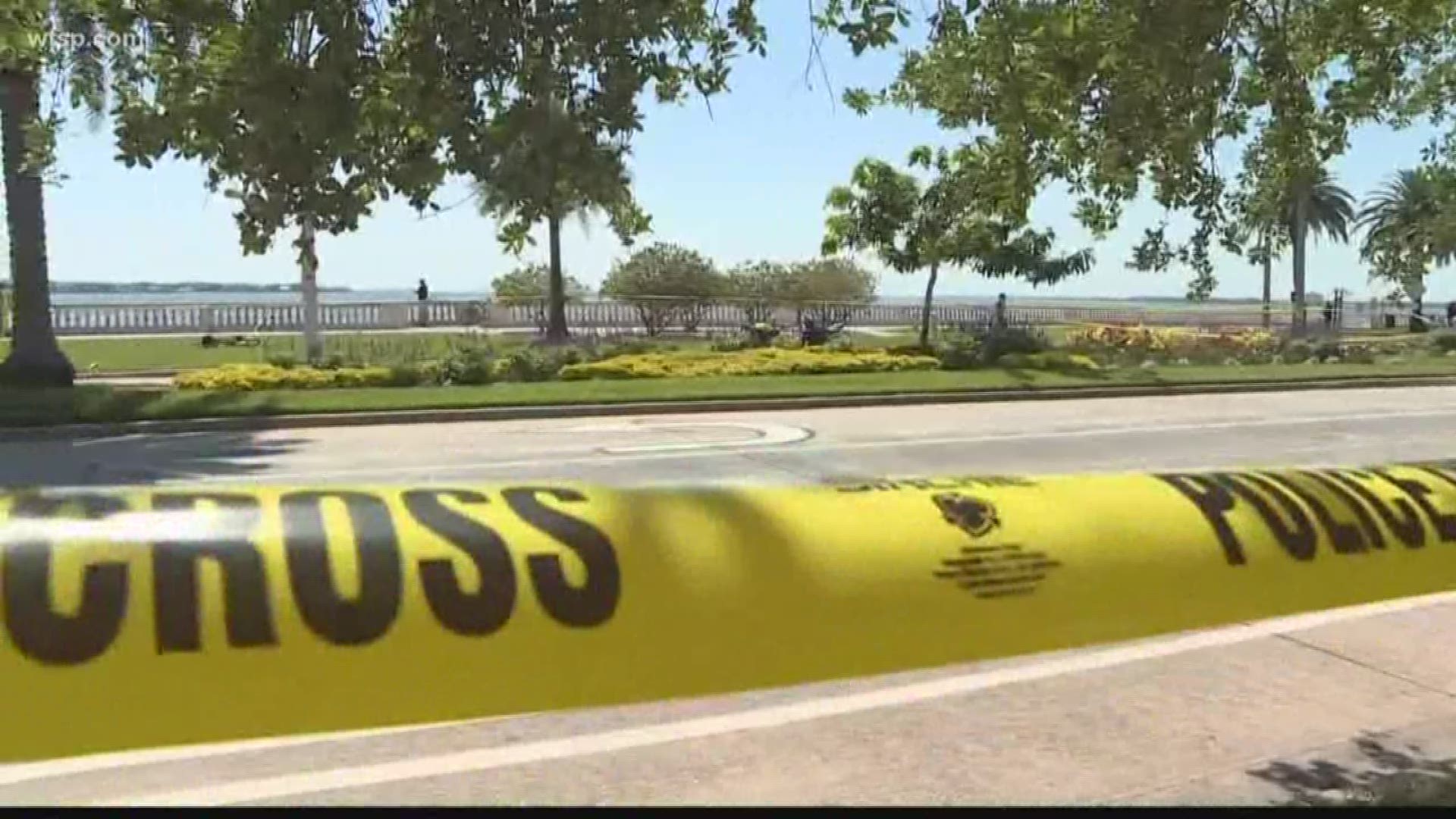 Witnesses say a speeding motorcyclist hit a man on a bicycle. Both men were killed.

Saturday’s crash along the popular road has organizations like Walk Bike Tampa asking the city to reassess the way the road is used -- with traffic down and the number of walkers, joggers and bicyclists way up.

“We’d like to see the road rebalanced. We’d like to see Bayshore rebalanced,” said Emily Hinsdale, a board member with Walk Bike Tampa.“We’ve seen a 40 percent or more drop in vehicular traffic – car traffic – around the country – in the last month. And that means that there are fewer cars on Bayshore. But as we mentioned, a lot more bikers and walkers.”

Walk Bike Tampa wants the city to consider a couple of options.

One idea would shift all northbound traffic to Bayshore’s southbound lanes, with just one lane of traffic in each direction. A second option would close the outside lanes in both directions, giving people more room to social distance while still leaving one lane for traffic.

Although closing the northbound lanes would give people more room, Walk Bike Tampa recognizes that closing the outside lanes is likely more practical because it would still allow people to use existing turn lanes and traffic signals.

“We would like to see avoiding extensive detours so that you would have to have police out there maintaining the detours,” Hinsdale said.

But on Monday, Castor released a statement all but ruling out the idea of closing parts of Bayshore.

It said, in part: "While closing certain streets for recreation purposes was considered it has become clear that doing so would make the streets an attraction for large groups of people at a time when it is more important than ever for all of us to exercise social distancing.”

At least one witness to Saturday’s crash agreed, questioning whether the changes would help.

“There are idiots that are stupid and they’re going to take advantage of open roads,” he said. “You can’t regulate that.”

They hope Castor will reconsider her decision.

“I think if there’s one thing that we’ve learned in this pandemic is that assuming everybody is going to make the right choice is not an effective strategy,” Hinsdale said. “Hoping that people are going to do the right thing doesn’t work.”

The bicyclist who was killed on Saturday has been identified as Hal Holmes Flowers, a 50-year-old attorney from Tampa. He leaves behind a wife and four children.