Where is the forgotten cemetery near King High? Search for answers begins today

There is conflicting information about precisely where the cemetery is located. 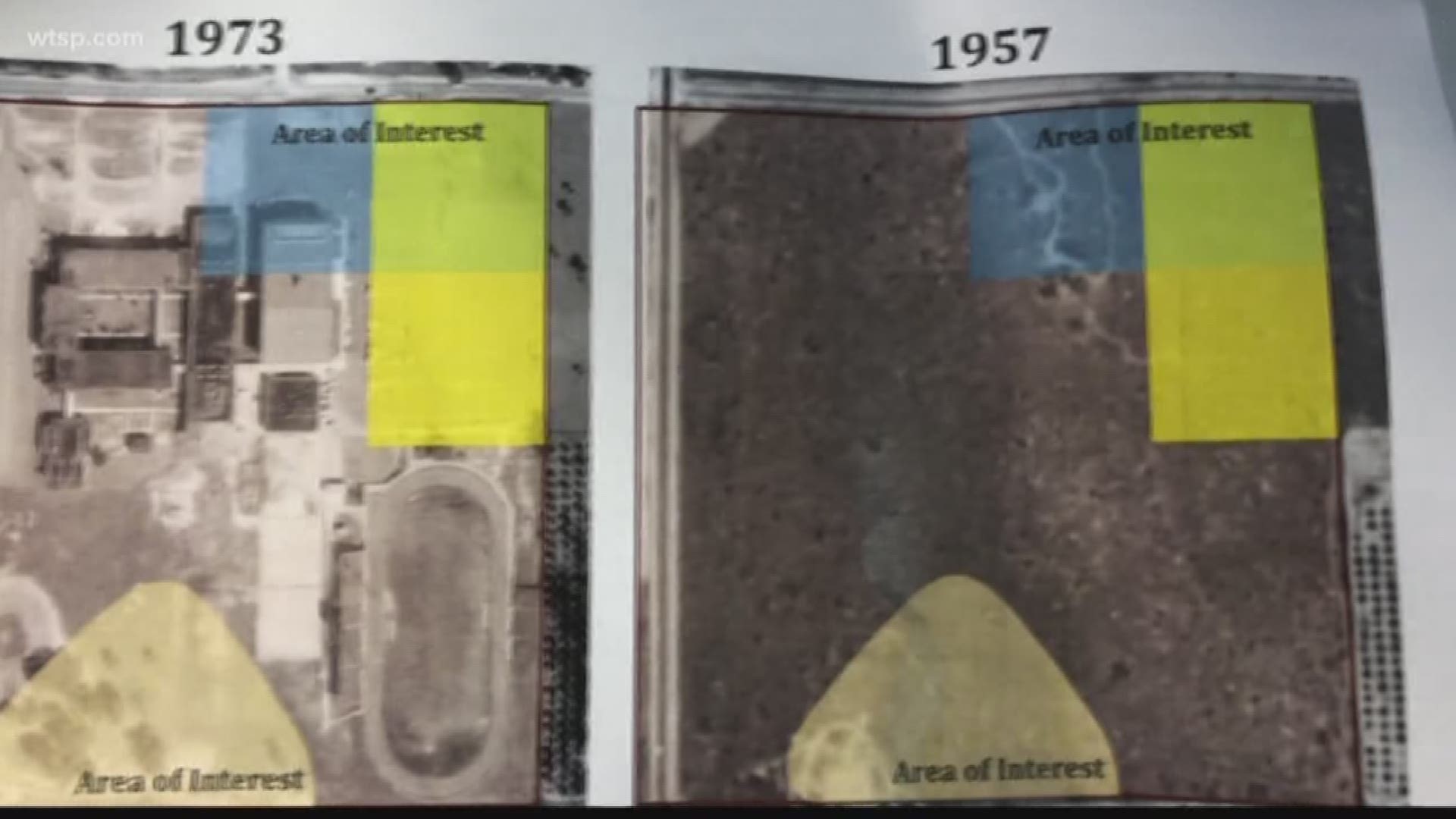 TAMPA, Fla. — The process of unraveling the mystery of whether an old cemetery still rests underneath the property at King High School continued Wednesday when geophysical technicians began scanning part of the site.

"This is not a minor-league effort,” said Mike Wightman, president of St. Pete-based GEOView, Inc. "We're doing this exactly the way you would want to go through and do an archaeological research-type investigation."

Geophysical technicians used ground-penetrating radar to search for what is believed to be Ridgewood Cemetery, a burial ground for indigent African Americans in the city.

More than 200 people are believed to be buried at the site, and there is no evidence that remains were reinterred at a different location.

"It's still a shame how this was erased,” said Corries Culpepper, director of safety and risk management for Hillsborough County Schools.

If graves are found, it would be the second erased cemetery discovery this year.

Last week, he sent documents to the school district alerting them of Ridgewood, where hundreds of poor African Americans were buried in the 1940s and 50s. The district took immediate action, holding a press conference on Friday and hiring GEOView, Inc. to do the radar search.

The radar sends signals into the ground, and the returned reflections could help determine the presence of graves in the soil.

"For something like a grave, what we're looking for is a change in the electrical properties of the surrounding soils and the actual graves itself,” said Wightman.

However, this is not just a scientific mission.

"I think these are people that historically were marginalized, and we have done similar cemeteries in the past. And again, I think it's very important to go through and properly find where they were...put to rest,” said Wightman.

It’s a cause the district is taking on to mend a dark chapter of Tampa's history.

"I think it's important that if this is where it's at that our district is doing everything possible not to let this be something that is erased, and make...right by it,” said Culpepper.

Through a historical search of appraisal records, deeds, aerial maps and district records, district officials say there is conflicting information on exactly where the cemetery might be located. However, what does appear to be true is that the cemetery has been forgotten and erased through time.

Wightman said the radar has already found anomalies in the ground. However, it does not mean they're graves. He said it will take a few days to process the results, and the company should have better answers next week.