Who does this? Girl Scouts cheated out of cookie profit with counterfeit cash

They say they realized it when they came up short while depositing the money at the bank. 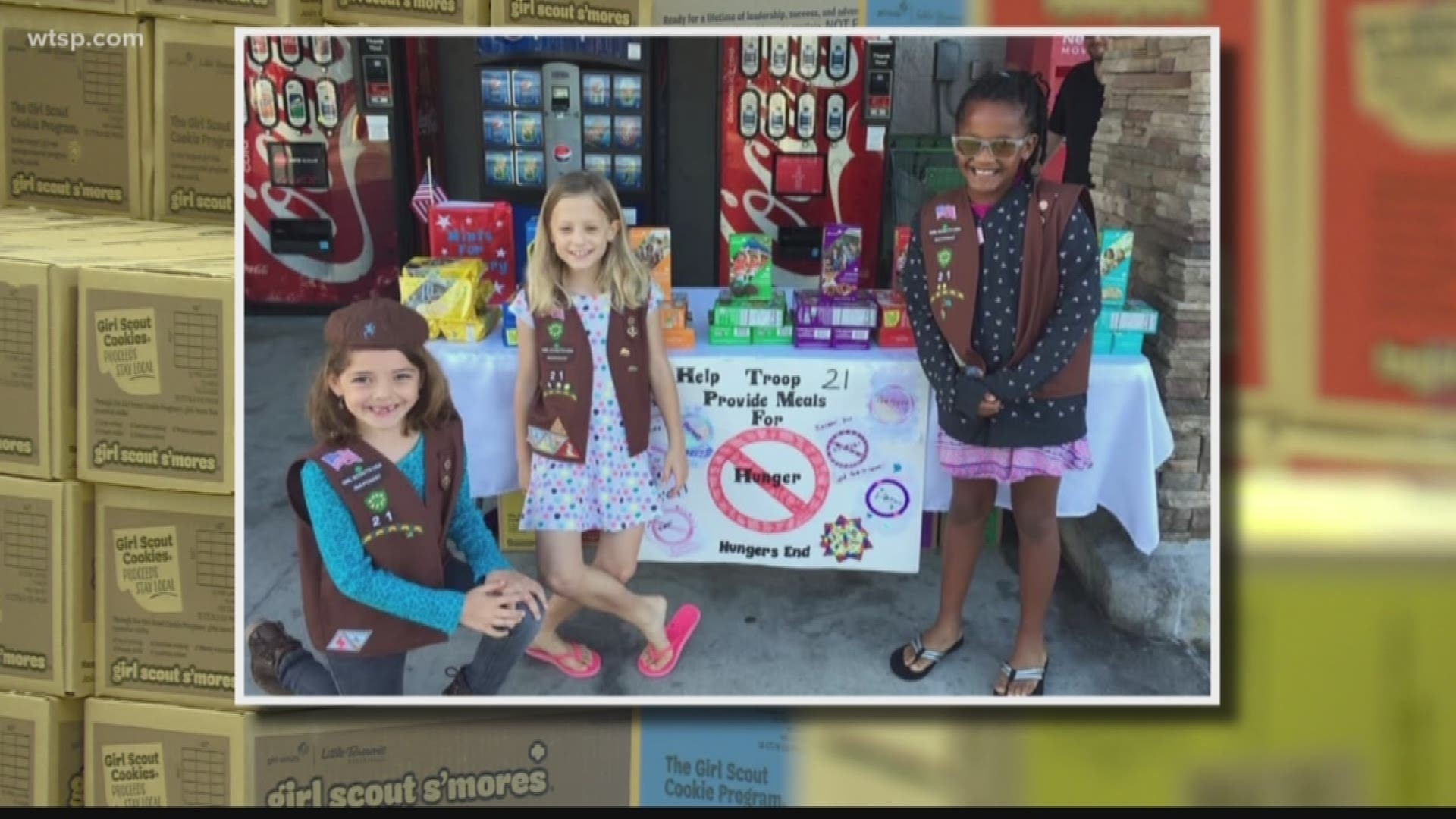 BRADENTON, Fla. — Several Girl Scout troops in the Bradenton area say they’re out hundreds of dollars after being paid for those coveted cookies with counterfeit cash.

In the past two weeks, at least six different troops in the Girl Scout Gulfcoast Florida council say they’ve been paid with the phony money.

"Just sadness—who would do this," questioned Kelly McGraw, the director of member experience with the Gulfcoast council—which covers 10 counties, including Manatee, Sarasota, Charlotte and Highlands.

"All I could think was how do we explain it to the girls."

The troops, who’d been selling outside a Publix and Walmart on State Road 64 and a Publix on State Road 70, say they didn’t realize what had happened until they went to deposit the money at the bank and were told they were short the totals they expected to have based on sales.

To make matters worse, in some cases, the cookie crooks apparently tried to milk their profits by not only getting the cookies with the fake cash but paying with big bills to also get change.

McGraw says it all adds up to more than $650 in losses.

"I was so angry," said Michelle Cramer, who was out helping her 10- and seven-year-old daughters with their cookie booth this past weekend.

Cramer said she didn't realize they'd been paid with a bogus $50 bill until after the fact.

“As soon as I felt the bill—as real as it looked—I could tell immediately," she said, adding that it was her seven-year-old daughter who took the money and provided the change to the man who bought two boxes of cookies.

"She took her time to make sure she counted, with care, his change and handed it back to him and told him ‘thank you for supporting Girl Scouts,'" Cramer said.

"At first, (she) felt like she did something wrong and that was tough, as a mom, to explain that she didn't."

Cramer and McGraw say they're trying to make the best of a crummy situation but turning it into a positive learning opportunity. All the girls are now being taught how to spot counterfeit cash.

"The girls have really become detectives," McGraw said, adding that they're getting every troop a counterfeit pen that helps identify bogus bills.

For Cramer, the loss is about more than cookies. The money her daughter is raising is for a community service project to feed the homeless.

“It’s not just a box of thin mints," she said, tears welling up in her eyes. "These girls are working toward big goals.”

McGraw said several in the people in the community who heard about what happened have already reached out to donate. They're also accepting donations, too. You can click here to help.

A spokesperson for Girl Scouts of West Central Florida, which covers eight counties including Hillsborough, Pinellas and Pasco, told 10News they've received one report so far this year of someone buying cookies with counterfeit money.

RELATED: 98-year-old Girl Scout has been selling cookies since 1932 -- and she won't stop