Patrick Carnegie was released from jail after posting a $75,000 bond, according records. 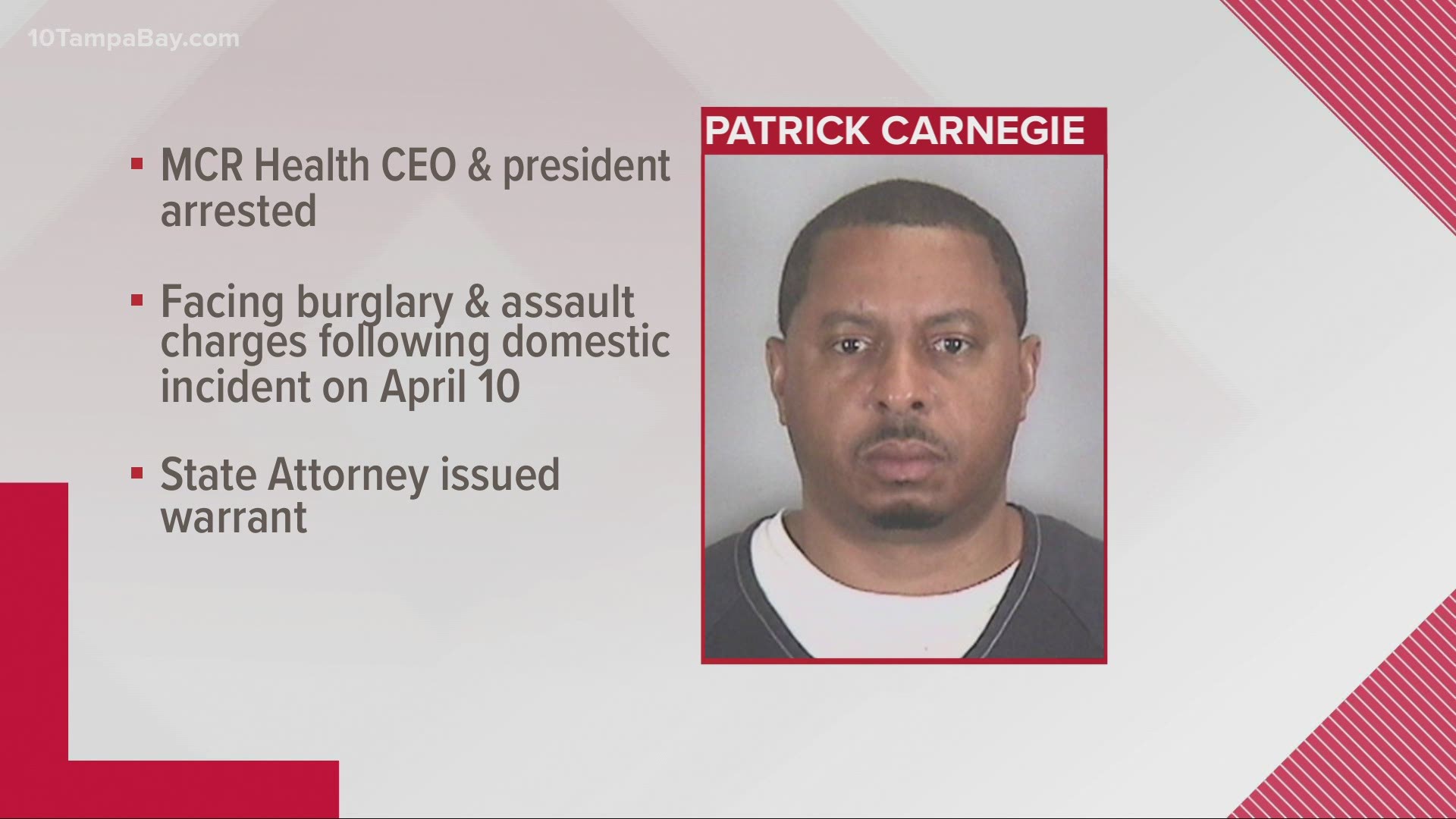 ST. PETERSBURG, Fla. — MCR Health President and CEO Patrick Carnegie was booked this week in the Manatee County jail for a burglary charge in Pinellas County.

Patrick Carnegie, 51, was released Wednesday after posting a $75,000 bond, according to jail records.

St. Petersburg police say during the early morning hours on April 10, Carnegie forced his way into the home of an ex-girlfriend and pushed her around.

The Bradenton Herald first reported St. Petersburg police still are wanting to arrest Carnegie and book him in Pinellas County county jail on charges of burglary and domestic battery.

10 Tampa Bay learned there was a probable cause pick up that had expired for Carnegie's arrest, and the state attorney looked into the case and had issued a warrant. He either turned himself in to police or was arrested.

MCR Health is a non-profit health care system that began about 40 years ago in Manatee County. It since has grown into several centers, pharmacies and mobile units, according to its website.

It said in a statement:

"The Board of Directors of MCR Health, Inc. has been made aware of this serious matter. Mr. Carnegie has assured the Board that the allegations are false and that he intends to aggressively defend himself against the charges," the statement reads. "We firmly believe that anyone accused of a crime must be considered innocent until proven guilty.

"We will have no further comment on this matter until after the legal process has been fully completed."