The boat's anchor dislodged and hit 14-year-old Caleb in the head, impaling him. 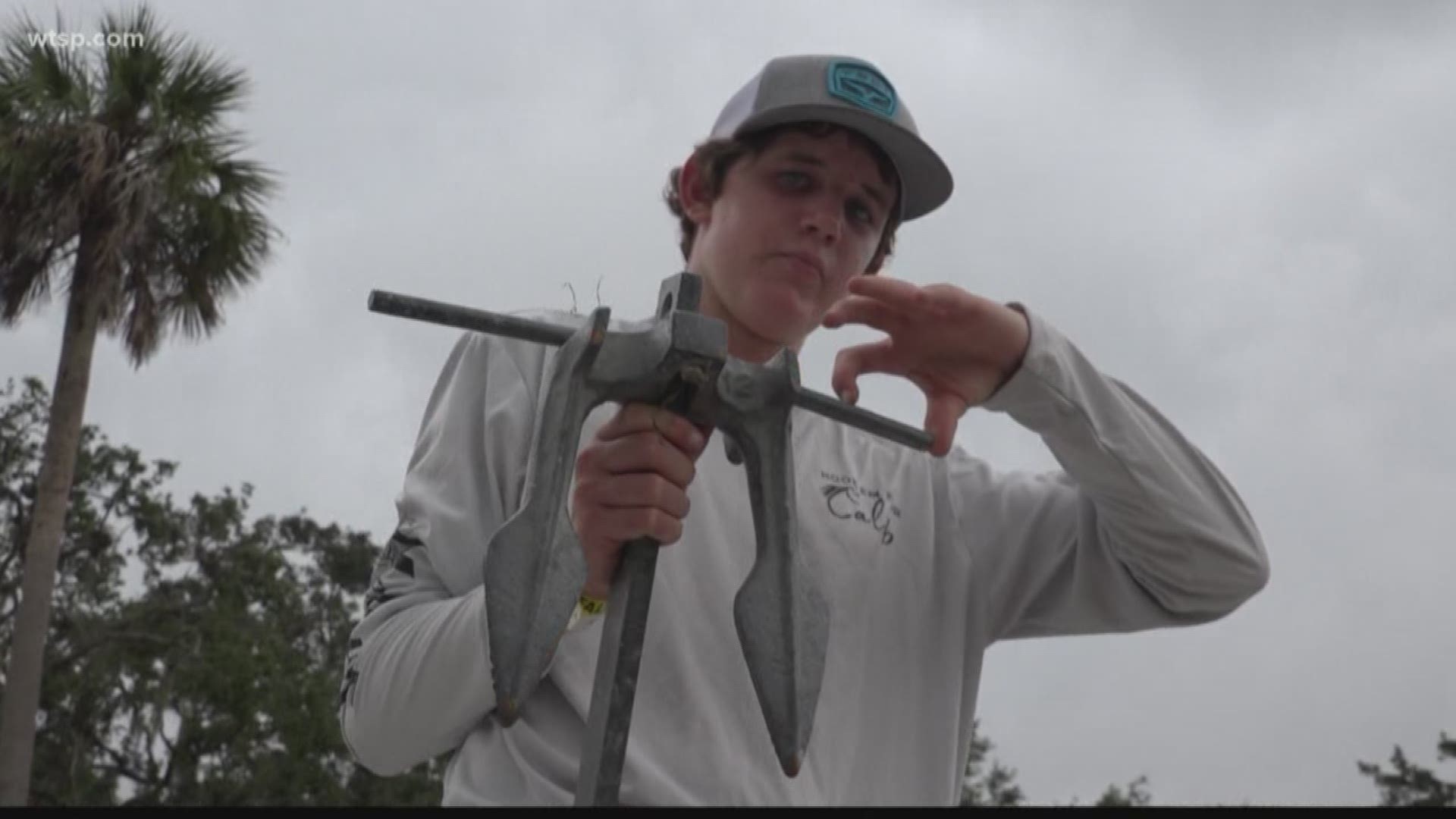 BRADENTON, Fla. — Kelli Bennett was on a beach in the Bahamas with her husband when they received the news every parent fears.

“I remember falling to my knees, crying and screaming,” she said.  “I just prayed that God would not let him die because we knew it was a very bad accident.”

Five hours later, Bennett was by her son’s hospital bedside where 14-year-old Caleb had been placed under a medically-induced coma.

A boat anchor had impaled his forehead.

“The anchor fell off the front,” Caleb’s father, Rick, recalled as he explained the March afternoon Caleb and his brother were out fishing. “They were driving fast and when the rope pulled tight it sling-shot up into the boat.”

The anchor had lodged nearly 3 inches into Caleb’s right frontal lobe, according to his mother.

“When the doctor showed us the MRI, the wound channel where the anchor went into his front lobe was touching a major vessel that feeds the entire right side of his brain,” she said.

“If it had just gone just a little bit further it would’ve killed him.”

Caleb said he remembers being out fishing that day and getting hit in the head.

“I started praying, and I remember telling my friend to call 911 because I was probably going to die,” he said. “I don't remember going to the hospital but when I woke up five days later, my parents said... they took out part of my head.”

What nobody expected—not even doctors—is that just 10 days after arriving at the hospital, Caleb would walk out on his own.

"The doctor said there's no way around it: This kid is a walking miracle,” Caleb’s father said.

The teen’s family says the second miracle came when the community banded together to raise money to cover medical costs.

“We wanted to create a platform for the community to come together,” said Chris Quattlebaum, a family friend and Manatee County business owner. He and several others surprised the Bennett’s with a fishing tournament fundraiser at the Bradenton Yacht Club made possible thanks to the generosity of more than 60 local businesses and others from throughout the community.

“It was a little bit overwhelming,” Quattlebaum said. “We had a goal in our head of what we wanted to try and achieve and it came forth ten-fold.”

For a family big on faith, they said they only hope they can someday pay it forward.

Caleb had his second and most recent surgery in May. But he’s not out of the woods yet. His family said he suffered several seizures just this past weekend – a result of the traumatic brain injury.

But they say doctors expect he will eventually make a full recovery.

“There’s no other explanation,” Caleb said. “It was God.”

Those wishing to donate to the Bennett family can do so by contacting HookemforCaleb@gmail.com.