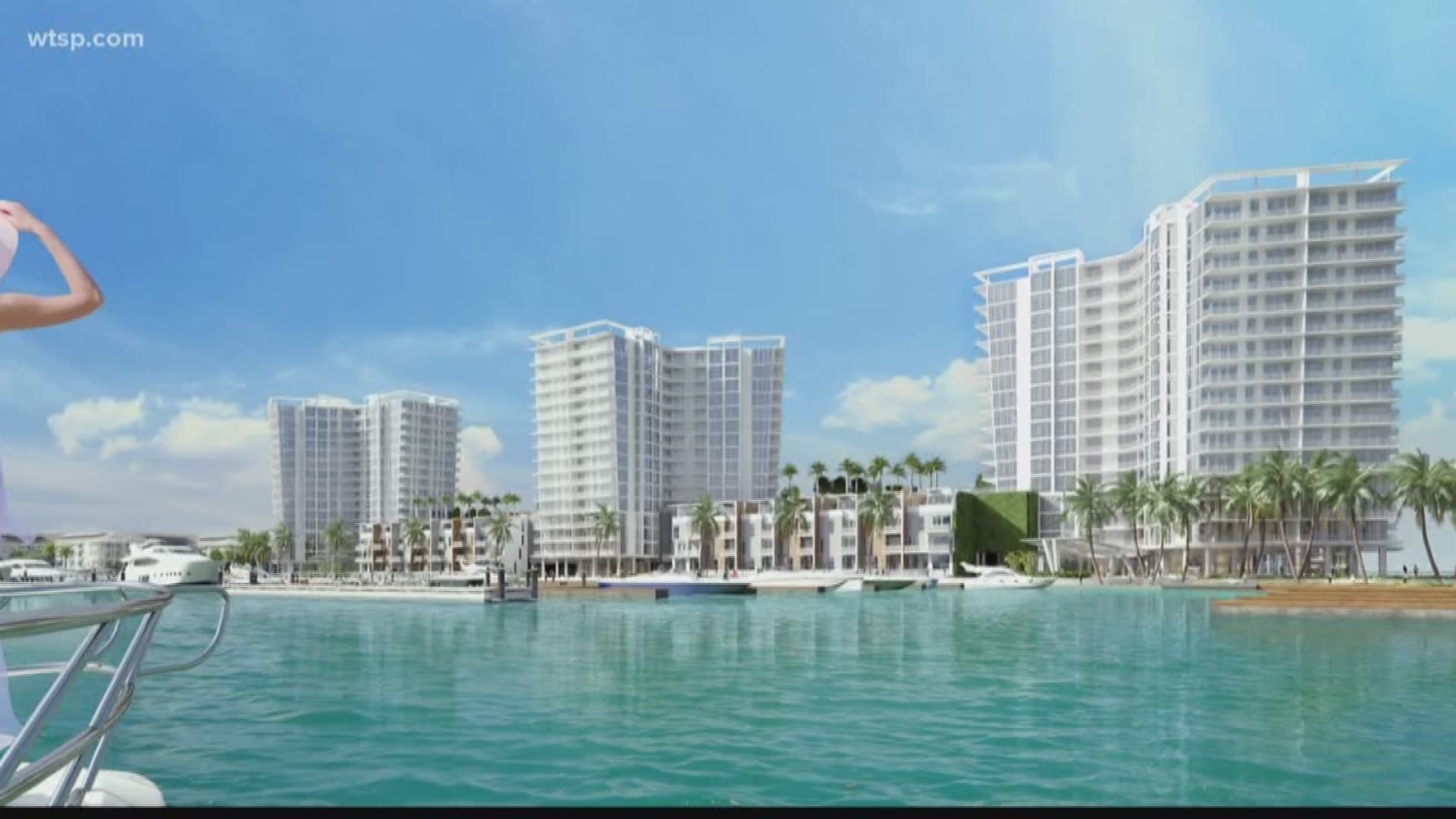 “Instead of looking at what is traditionally industrial, you're going to have some glass towers rising over the water,” said Beck Daniel, director of development for BTI Partners.

The company bought up land on the Tampa side of the Gandy Bridge after a previous project failed during the recession.

“People haven't seen anything for a while,” said Daniel pointing to the construction behind him. “The good news is it’s all happening at once, right now.”

At the center of it all will be Marina Pointe, a series of three 16-story condominium towers overlooking Tampa Bay.

“You can see St. Pete and you can see downtown Tampa,” said Daniel of the view overlooking Tampa Bay.

Crews will break ground on the first tower this fall, with the sales gallery set to open next month.

Already visible to drivers on Gandy is the wood framework for the new Town Westshore Marina Apartments. It’s one of the two apartment complexes which will eventually surround a massive parking garage hiding it from view.

There will also be two separate townhouse projects, with plans for a grand total of as many as 1,500 new housing units throughout the entire development.

Daniel says the No. 1 selling point for all of these new homes will be views and access to the water, complete with a massive new marina.

“It has 13 acres of deep water basin with floating docks, marinas, gas, fish stations, kayak launches and opportunities for dining and drinks when you come back.”

Developers say with waterfront restaurants and shopping, the Westshore Marina District won’t just be for those with enough money to live in the community.

There will also be a series of public parks and bike paths connecting to the Friendship Trail and even new water taxi service connecting the Westshore area to St. Pete and downtown Tampa.

Along with the new Selmon Connector, which is expected to reduce traffic on Gandy, the entire area will undergo a massive transformation over the next two years, with both projects scheduled for completion in 2020.