Ken Wright has live in the same Dunwoody home on Twin Branches Road since 1976. 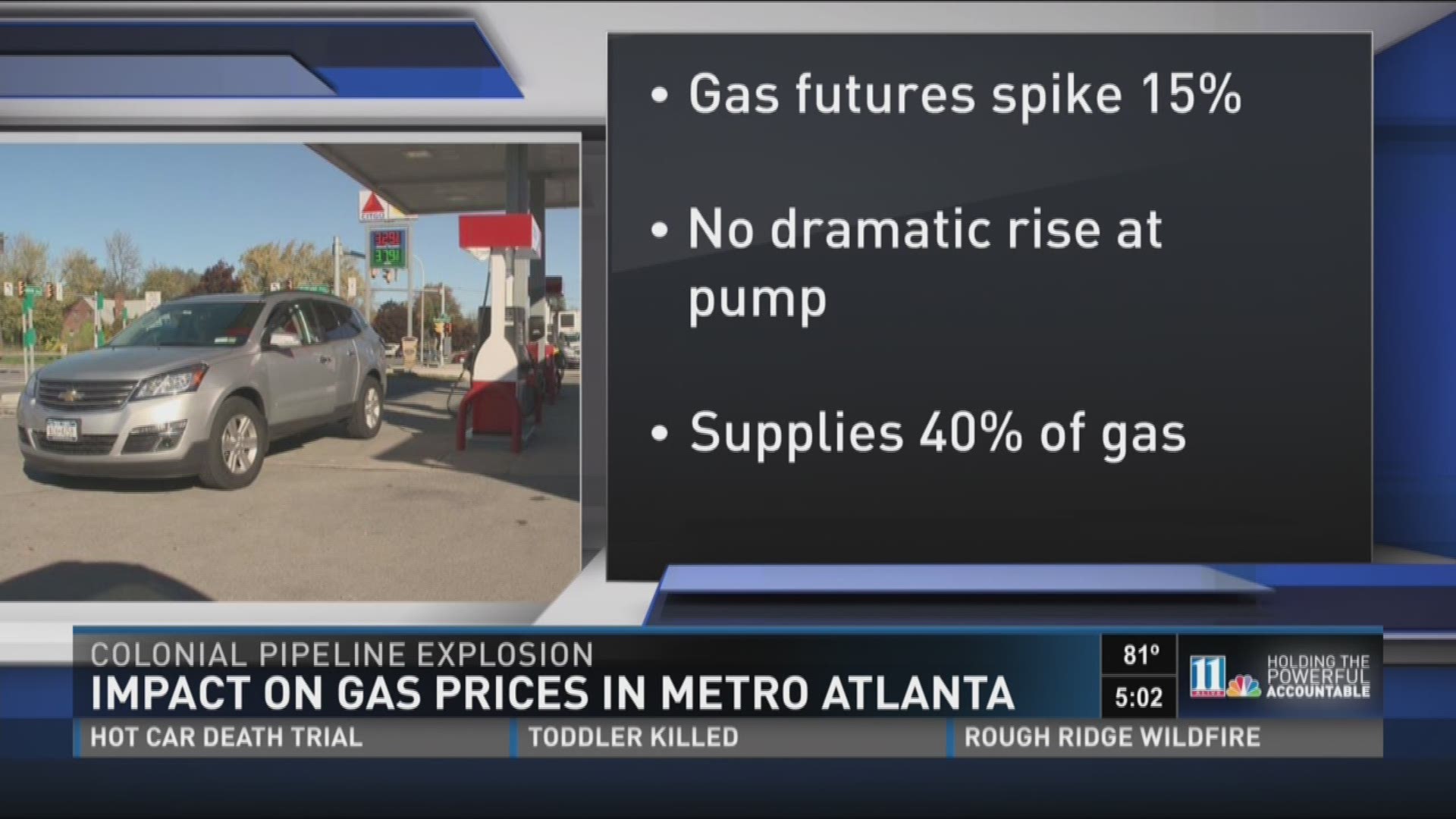 Ken Wright has live in the same Dunwoody home on Twin Branches Road since 1976.

His home sits next door to the Colonial Pipeline, which is marked with round yellow signs warning of the petroleum pipeline below the ground. It is part of the same pipeline damaged during an explosion in Alabama on Monday.

The pipeline begins in Houston, Texas and extends to Linden, New Jersey. Wright calls the pipeline an ideal neighbor.

"We've had no problems. No issues. Everything has been just wonderful," he said.

Wright is a happy neighbor on his block, but he does recall a sizeable leak in the 1970's where the pipeline runs several streets over.

Behind a locked gate on Trail Ridge Court is where Wright and other Dunwoody residents said the leak took place.

The gate cuts off Trail Ridge Court and Colonial Pipeline's name is engraved into the lock. Longtime Dunwoody residents recall Colonial crews containing the fuel and even purchasing a few homes on Wynterhall Lane where fuel contaminated the ground.

"But since then it has been fine," Wright said.

Nina Arnold lives on Wynterhall Lane and moved into the neighborhood four years ago. She lives a few doors away from the homes neighbors said Colonial purchased.

Despite the pipeline, her family felt comfortable buying a home nearby.

"We did a little bit of research and found there had been no problems," she said. "Neighbors spoke highly of them. We had no issues."

Arnold mentioned that representatives with the pipeline company can be seen from time to time in the neighborhood. They will give residents information on Colonial and provide contact numbers in case there is ever an issue or emergency.

The 1970s spill Wright recalled though is not an isolated incident.

In 2002, 11Alive reported on a leak approximately four miles away from the site of the 1970s leak.

At the time it was reported at least 10,000 gallons of fuel leaked, enough to fill a tanker truck. The leak happened near Morgan Falls Road.

Following the leak, company officials and Congressman John Lewis surveyed the site, alongside the NTSB.

"I think we have to be a little more concerned with the operation of pipelines throughout America, especially in the urban centers," Lewis told 11Alive.

Former Colonial CEO and president David Lemmon talked with the media alongside Lewis.

"We apologize for this spill here and it is our commitment to minimize it, correct it and to learn from it to eliminate future spills," Lemmon stated.

Company officials reported the fuel didn't contaminate a nearby lake or the Chattahoochee River. They added the pipeline is equipped with advanced warning devices that detect corrosion, dents and other dangers that could lead to a leak.

The widespread concern currently in Dunwoody though, surprisingly doesn't deal with the pipeline in their backyard, but focuses on the lack of fuel leaving Alabama.

"When Colonial has a problem as we discovered here a month or so ago, we can end up with no gas," Wright said.