The "Faces of West Tampa" is part of the city's public art program, and showcases local legends such as the late Judge George Edgecomb, Robert Saunders, Lou Pinella and the Salcines family. 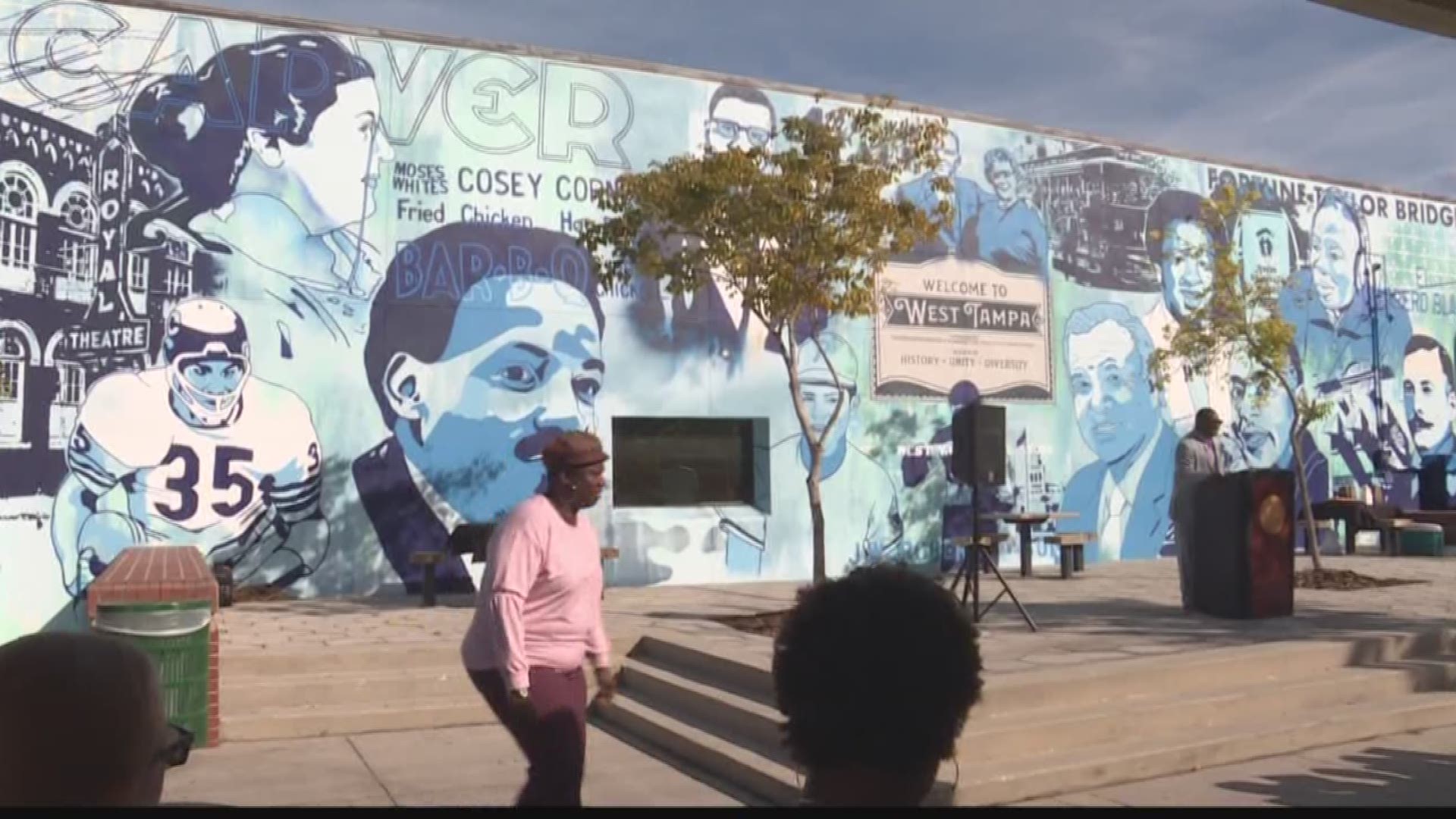 TAMPA, Fla. -- As the city of Tampa rapidly grows and changes, a new mural unveiled Saturday morning in West Tampa helps neighbors honor their past as redevelopment pushes them toward a new, albeit uncertain future.

“We don't want to forget our history, so we won't repeat it. But it's also just to honor the people that have laid the groundwork here in West Tampa and really throughout the city of Tampa,” Tina Young, member of the West Tampa Community Advisory Committee said.

The "Faces of West Tampa" is part of the city's public art program, and showcases local legends such as the late Judge George Edgecomb, Robert Saunders, Lou Pinella and the Salcines family.

The mural also represents a vestige of the tight-knit, working-class African American and Latino community that is slowly changing with redevelopment.

Over the last couple of years, there has been a mass exodus of the African American community from the neighborhood, as more than 2,000 people were moved out of North Boulevard Homes, which was the city’s oldest housing complex.

The city-led Invison Tampa plan has also sparked major redevelopment in the area from both the public and private sectors, increasing rents and property values that have made it difficult for locals to afford.

"You have new development that's coming. It's been a struggle," Young added. "You know, we have folks that have been moved out, people coming in, but there's redevelopment, and we're hoping for the best. We want folks to be able to have affordable housing here in West Tampa."

However, the community remains hopeful that by working together, the change will yield positive results in the neighborhood.

The mural is located at the corner of Howard and Main in Salcines Park.