The firefighter is in critical but stable condition, FHP says. 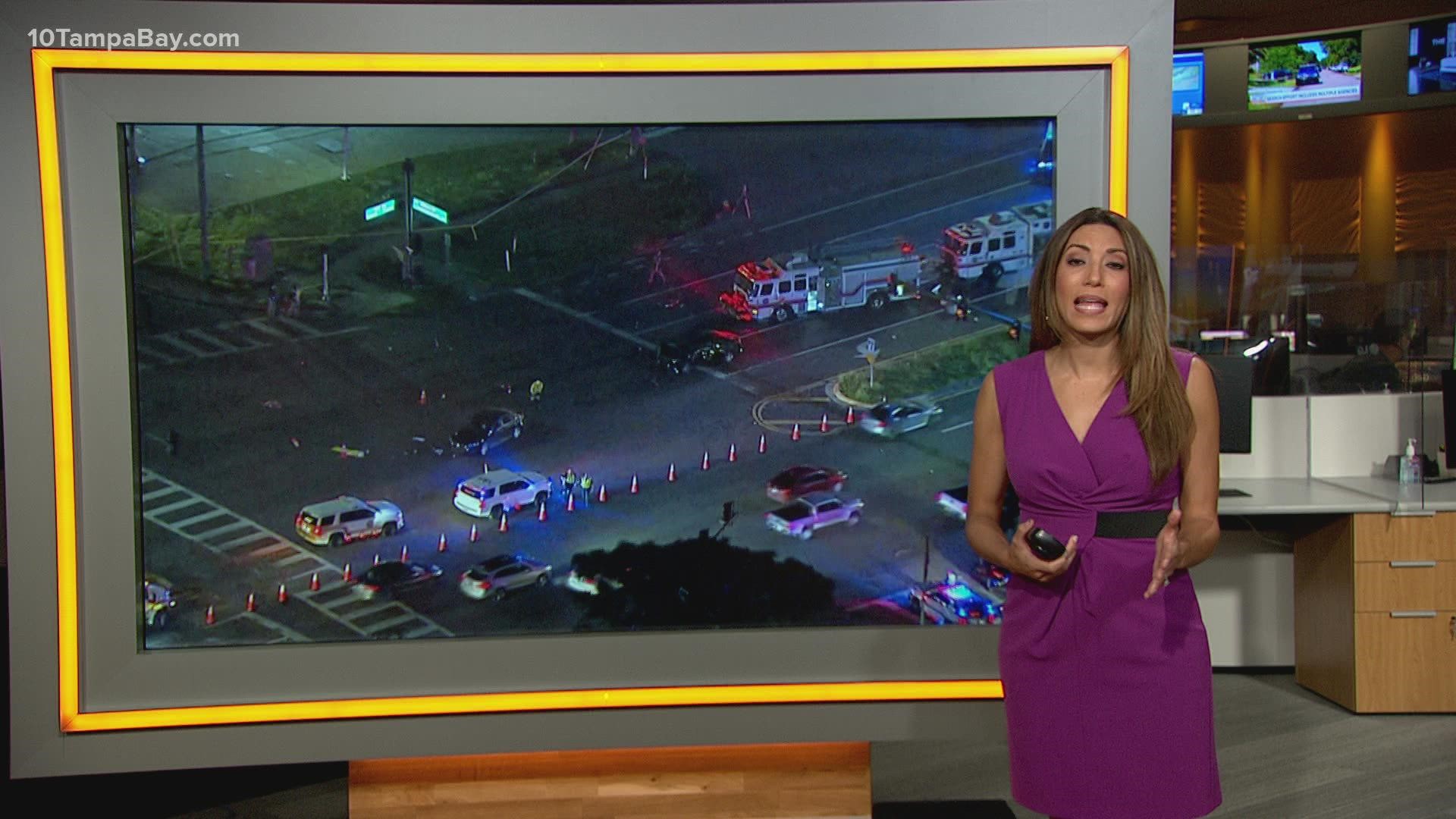 PALM HARBOR, Fla. — A man is dead after he crashed his pickup truck into two fire trucks, hit a firefighter and finally collided with a fire hydrant.

And authorities say they have no idea why he did it.

It all started around 3 a.m. Wednesday when first responders got the call of a crash along U.S. 19 at Innisbrook Drive. A sedan had rear-ended another car at the traffic light.

Palm Harbor Fire Rescue crews responded to this crash to help the drivers, who both had minor injuries.

A pickup truck driving northbound then collided with both fire trucks, one after the other, for an "unknown reason." After hitting both trucks, the driver continued driving and hit Lt. Ashley White who was standing near the two cars from the first crash.

After hitting her, the pickup rotated to the outside shoulder and collided with a fire hydrant.

The driver was taken to the hospital where he died.

Fire rescue says White will continue having surgeries over the next few days.

"This morning we responded to an otherwise routine vehicle crash. In a tragic turn of events one of our own, went from being the rescuer to needing to be rescued. Despite taking all of the appropriate safety measures Lt. Ashley White was struck by a vehicle at an extremely high rate of speed. Our firefighters immediate started rendering life saving care  to both Lt.White and the driver of the vehicle. I couldn't be more proud of our members for the the way they handled the situation. I am very appreciative of the communities outpouring of support for Lt. White and all of our members."

Palm Harbor Fire Rescue shared that anyone wishing to drop off donations for White can do so at Station 65: 250 West Lake Road, Palm Harbor 34684.