Man shot by Pasco County deputies after firing upon them has died, sheriff office says

It happened Saturday morning at the RaceTrac gas station in Hudson. 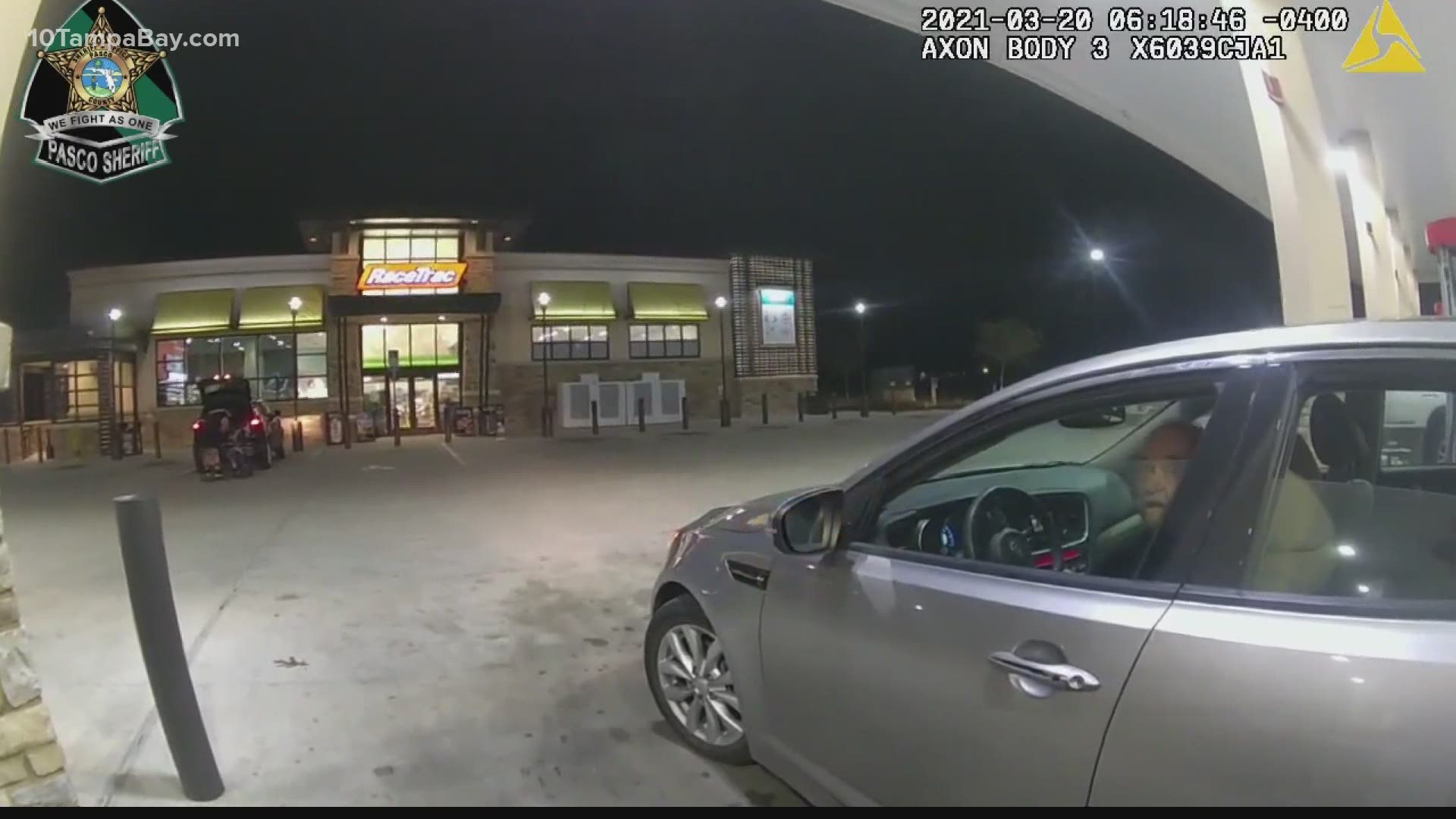 HUDSON, Fla. — The man shot by Pasco County deputies after he fired upon them has died from his injuries, the sheriff's office said.

James Zambrotto, 79, died Monday evening, the agency said in a news release. He had been in a hospital since the Saturday morning shooting.

A Pasco County Sheriff's Office deputy filling up his cruiser at a gas station toward the start of his shift found himself calling for backup not long after a man started rambling about wanting to kill people, the sheriff said.

The man, later identified as 79-year-old James Zambrotto, would go on to crash his car into another and fire upon responding deputies, who returned fire, Sheriff Chris Nocco told reporters during a news conference.

It happened just after 6 a.m. Saturday morning at the RaceTrac gas station at U.S. 19 and Little Road.

Zambrotto began talking with a deputy at a gas pump about random things, going on to say he wanted to drive his car into the gas pumps to kill people, Nocco said.

The deputy spent some time trying to talk the man down. He just was "trying to help him out," said Nocco, who added the deputy even offered to buy him some coffee.

It was toward that point the deputy needed assistance. One who responded happened to be a hostage negotiator, the sheriff said, and all of them continued talking for at least 40 minutes in all. At one point in the conversation, Zambrotto reportedly threatened to shoot the deputies.

Zambrotto then accelerated his car forward and crashed into another car, the sheriff said. He then fired shots toward the deputies through his window, with two returning fire.

Nocco said Zambrotto was taken to an area hospital for treatment. No deputies were hurt, the sheriff's office said.

"These are the tragedies that we deal with every day," Nocco said. "...I'm very proud of our deputies and for the fact that they tried to de-escalate the situation."

The Florida Department of Law Enforcement now is tasked with an investigation as the shooting involved law enforcement officers.