Many students are arriving at school late and being dropped off at home at times that are concerning for parents, according to the superintendent. 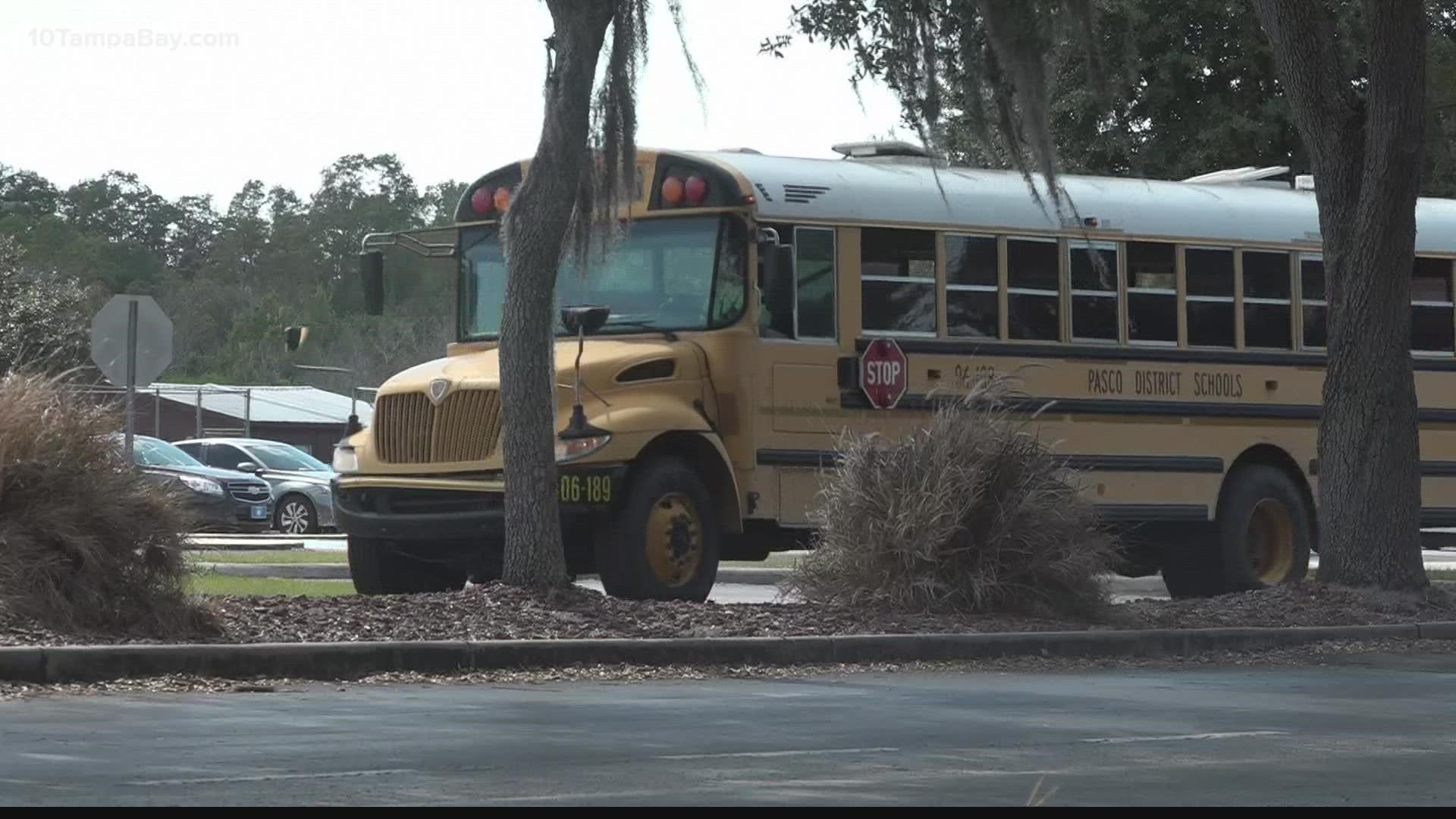 PASCO COUNTY, Fla. — The ongoing shortage of school bus drivers in Pasco County may soon force students to adjust to a new schedule next year, according to the school district's superintendent.

In a YouTube video, Superintendent Kurt Browning said the bus driver shortage is not unique to Pasco County but has impacted the school district differently. According to Browning, many students are arriving at school late and being dropped off at home at times that are concerning for parents.

The superintendent added that the district has tried to offer many incentives in the hopes of recruiting new bus drivers. Those incentives have included paying for background screenings, application assistance and hiring drivers on the spot. But, nothing has seemed to work.

That's why school leaders are proposing a new bell schedule to remedy the situation. Browning said, if passed, the new schedule would be implemented in January.

"What prompted us to take the measure we did yesterday was loss of instructional time," Browning said. "We got to make sure our kids are in school on time ready to learn."

"Unless bus drivers fall out of the sky, this is the best option we have which is not a good option at all," Browning said.

Most of those later times would affect elementary-age students.

Some schools, however, could be calling class in session up to more than an hour earlier.

This would also affect the time schools release in the afternoon.

To read the proposal times and what your child's bell schedule could be, click here.

Bell schedules can change from school year to school year, but it's unusual to see a change halfway through. The proposed schedule will be discussed during Tuesday's school board meeting.