Three armed men broke into a gun enthusiast's home. The sheriff says he shot them one-by-one.

A neighbor helped hold the third intruder at gunpoint until deputies arrived. 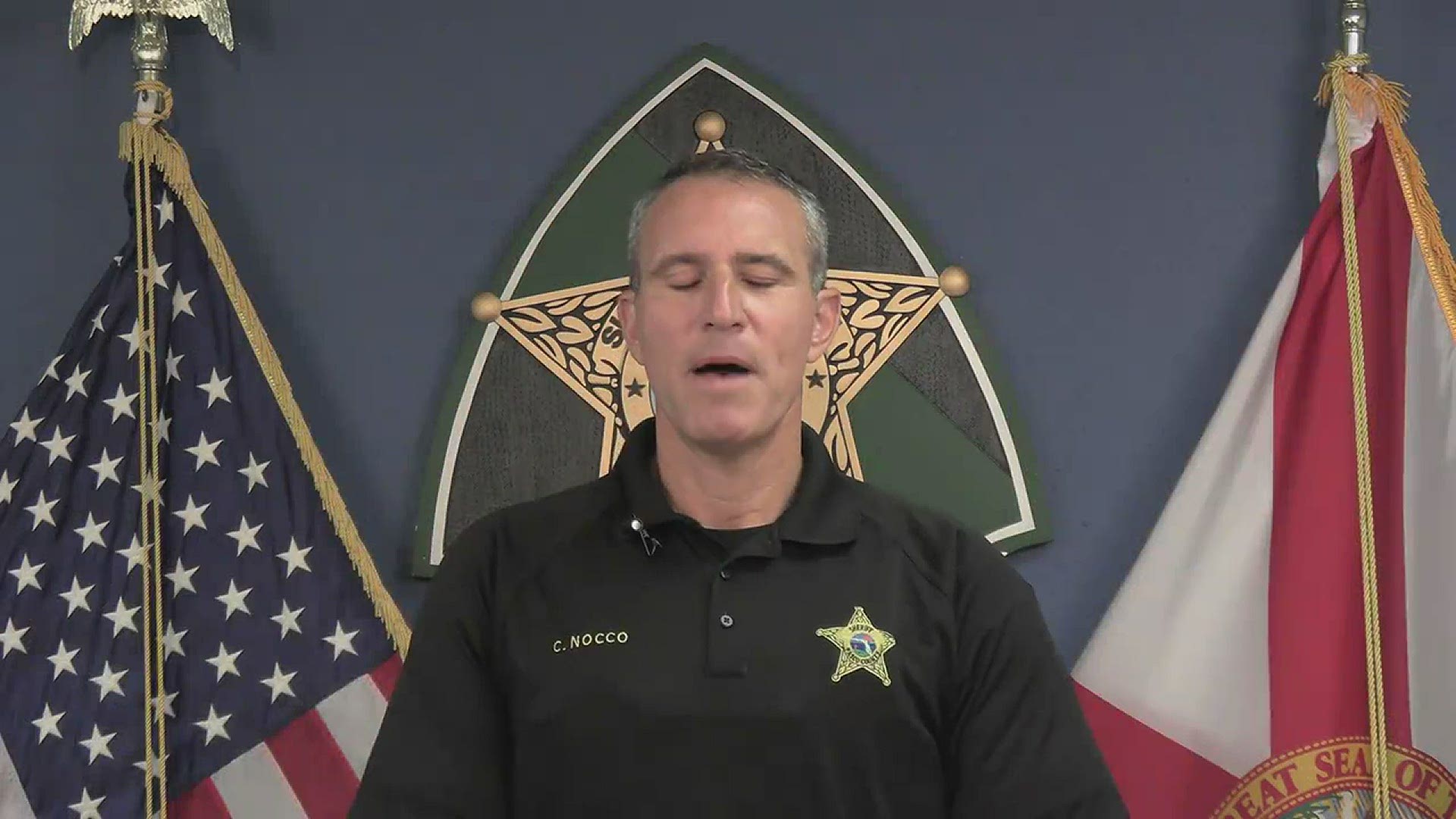 WESLEY CHAPEL, Fla. — An armed homeowner shot three men with guns who broke into his home, killing two of them and wounding the third.

It happened early Friday morning in Wesley Chapel. Deputies were dispatched at 12:43 a.m.

Pasco County Sheriff Chris Nocco said the man was home alone, playing video games, when he heard glass shatter toward the back of his house.

The homeowner grabbed a gun and began walking down his hallway, where he saw an armed intruder dressed in dark clothing and wearing a mask, Nocco explained.

The homeowner shot and killed the first intruder and then took out the second one, who was right behind the first.

At some point, one of the three intruders managed to fire a gun. But, the homeowner was able to shoot him, too, before his gun jammed.

When the homeowner's gun jammed, he went to grab another one. At that moment, the third intruder managed to get up and run away.  But, a neighbor stopped him in his tracks and held him at gunpoint outside until Pasco County deputies arrived.

Authorities say the 19-year-old surviving intruder was taken to the hospital and is expected to survive. He is being charged with two counts of second-degree homicide and one count of home invasion robbery.

He has been identified as Jeremiah Tramel. He was hospitalized with non-life-threatening injuries.

"He is accountable for the deaths because it was during the commission of a felony that he was involved in that those two people died," Sheriff Nocco said.

According to Nocco, Tramel has previous charges on his record, including a battery arrest. Investigators say the other two intruders had records, too.

Those two intruders have been identified by the Pasco County Sheriff's Office as Luis Casado and Khyle Durham. Both men were 21.

As for what led up to the shooting, the homeowner told law enforcement he was a gun enthusiast who posts pictures of his firearms to social media. So, he believes his house was targeted.

"We believe there was a relationship, there was some type of known entity between the victim and the suspects. So, this is not a totally random situation. This is an isolated, targeted situation," Nocco said.

The case is still under investigation.

Sheriff Chris Nocco provides information on a home invasion robbery from early this morning in Wesley Chapel. Preliminary information indicates that three armed suspects attempted to enter a house, where they were then shot by the home owner. Two suspects succumbed to their injuries at the scene, while one remains in the hospital with non-life threatening injuries. All parties involved are accounted for and there is no threat to the public.