Curtis Reeves will not be tried in February for the shooting death of Chad Oulson. 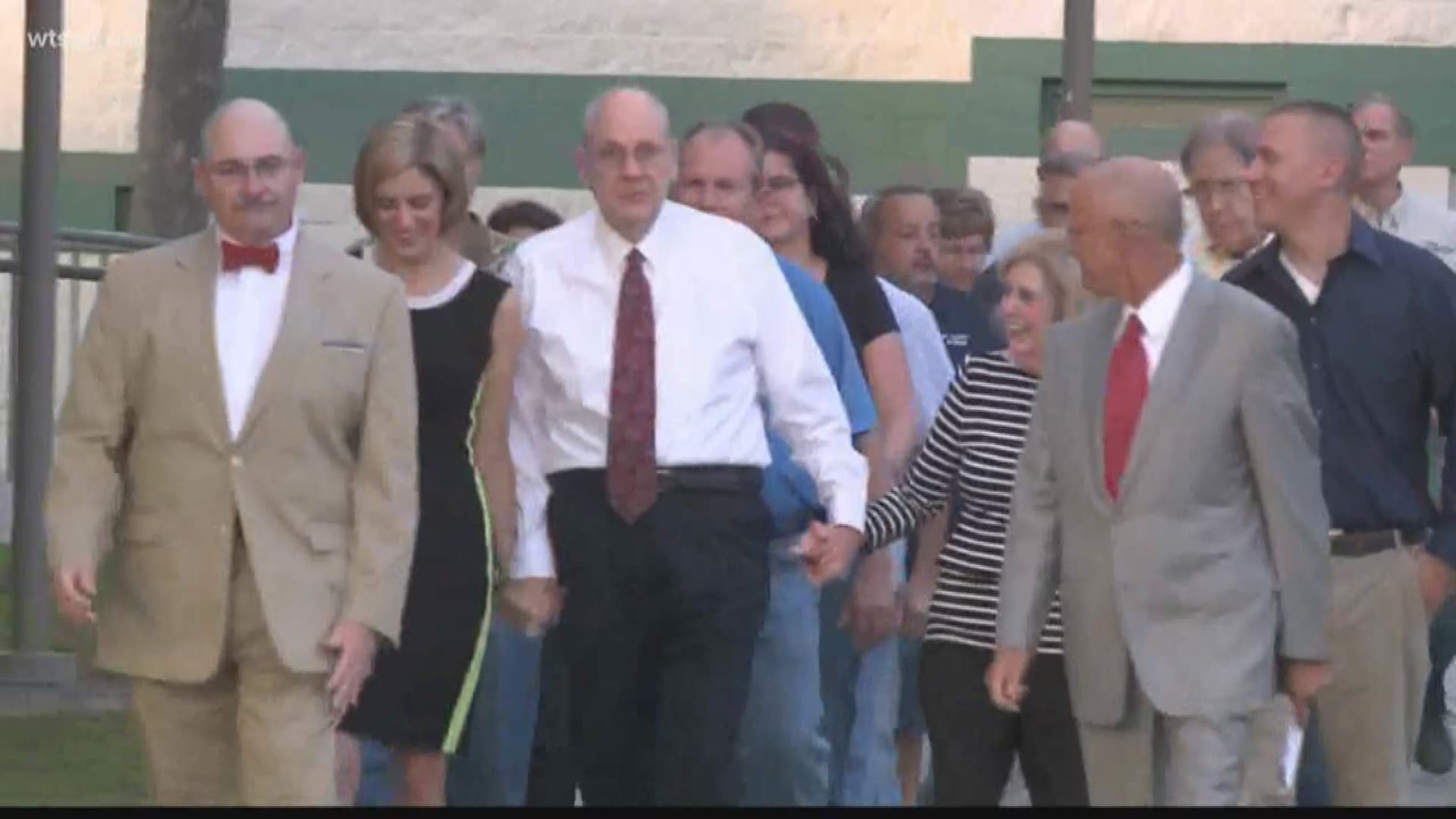 The long-awaited trial of Pasco movie theater shooter Curtis Reeves has been placed on hold indefinitely.

On Friday, a judge decided there was just too much confusion regarding changes to Florida’s "stand your ground" law to continue aiming for a Feb. 25 trial date.

Distraught, and disappointed, Nicole Oulson walked out of the Pasco courthouse. Her husband Chad argued with Reeves over popcorn and a cellphone inside a Wesley Chapel movie theater in 2014.

After close to five years, the ruling was devastating for Oulson’s widow.

“[She] has to now explain to a little girl who is old enough to understand that her dad is no longer here," Oulson family attorney T.J. Grimaldi said. "And, she has to continue to explain to her why this continues to drag on."

But weeks later, Florida’s legislature changed the law, shifting the burden to prosecutors.

Since then, there have been mixed rulings on whether that change should be retroactive, and legal grounds, perhaps entitling defendants like Reeves to a new hearing.

With no clear legal path, Judge Barthle decided to err on the side of caution and wait for a "stand your ground" ruling from Florida's Supreme Court first.

“This case just isn’t ripe for trial,” she said. “I need a date that I know we are going to have -- that everything is going to be settled.”

Barthle said she'd rather have "multiple root canals" than go through another 10-day "stand your ground" hearing before there was clear guidance from a higher court.

Escobar conceded in court that at 75, Reeves, a retired Tampa Police captain currently on house arrest -- would likely die in prison if convicted.

Asked about another delay, Escobar said, “It could be years. What’s worse, a person in prison for 20 years and all of a sudden 20 years later we find out that he’s innocent? Tell me, what’s worse?:

Grimaldi, answering on behalf of Nicole Oulson said they understand the legal issues.

Grimaldi says in his opinion, regardless of who had the burden of proof, Judge Barthle has seen all she needs to in this case to make a decision about whether or not Reeves is entitled to a "stand your ground" defense.

But, Grimaldi also acknowledged that if Barthle proceeded with the trial based upon that, it would almost certainly be grounds for appeal.