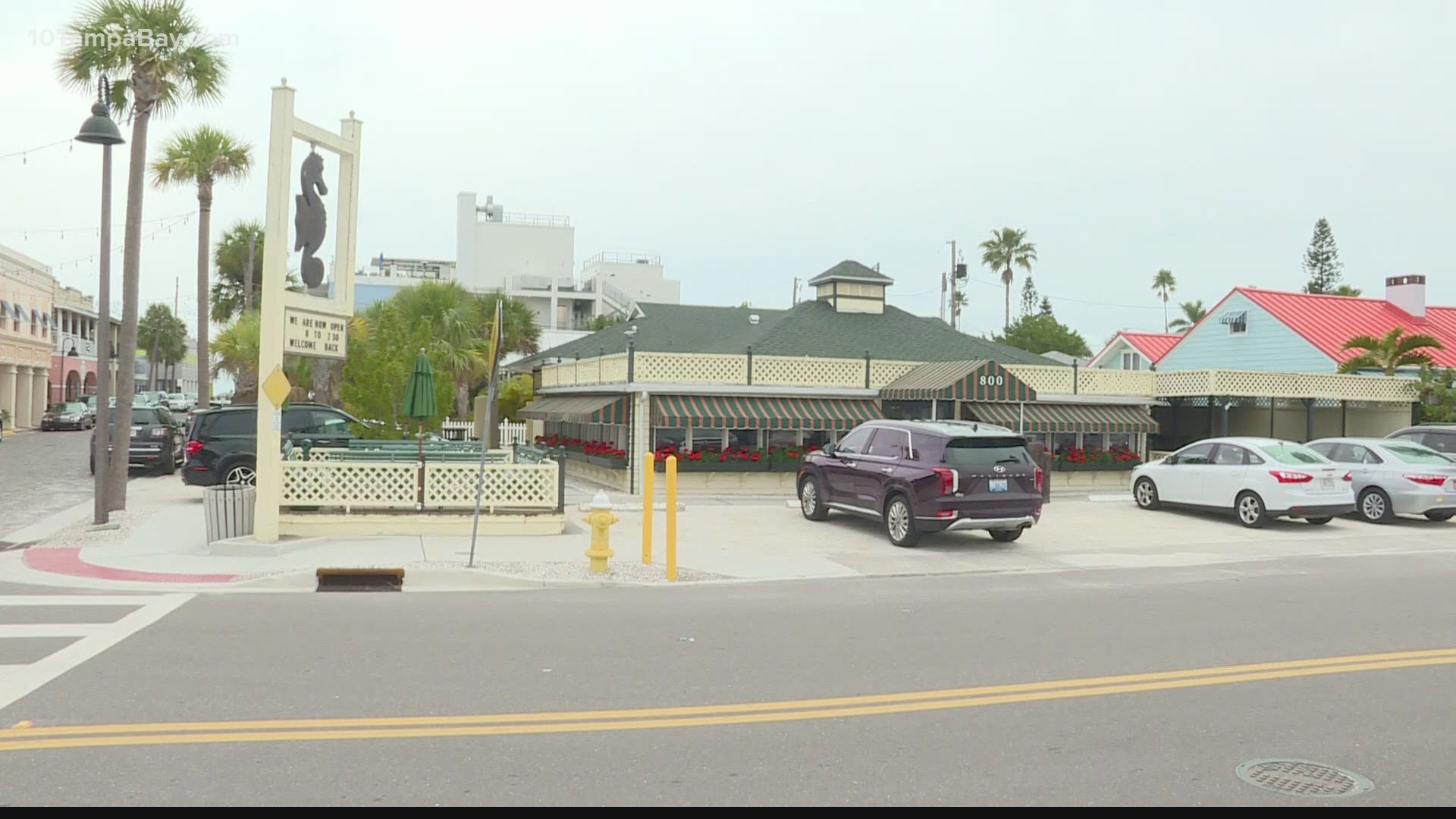 ST. PETE BEACH, Fla. — A staple of Pass-a-Grille beach for more than 8 decades, Seahorse restaurant, reopened in January after closing back in December.

"I've probably been going since I've been in grade school so more than 20 years," Ellen Liebgold from Wisconsin said.

"I've been in Pinellas County since I was 7-years-old and started visiting the Seahorse since the 70s," Nancy Mohler said.

It's hard to believe this hidden gem has served Pass-a-Grille Beach for 87 years, transforming from a smaller spot into an established restaurant.

"My husband was born and raised here and his parents managed the Seahorse restaurant back in the 40s," Mohler said.

Mohler's personal connection to the restaurant is strong, she was one of the hundreds who spoke up after the Seahorse announced it was closing last month on Facebook.

"Let's work together to try to find young people that would come in and take over and do it exactly the way they've been doing it so it can live on," Mohler said.

But after all the public outcry, the owners who were trying to retire after running it for more than four decades decided to reopen one month later as they train a management team to keep it open long-term. Good news for fans near and far.

"You can't have a trip down to Florida without their pecan pancakes, it feels like home away from home," Liebgold said.

Ellen Liebgold is from Wisconsin and says her family ritual when they visit is to walk down the beach to breakfast at Seahorse and hopes it's a tradition that sticks around.

"People love it, you have to keep it open because there's so many people behind you that support you," Liebgold said.

Currently, the restaurant is only doing a soft re-opening serving at half capacity.