The St. Petersburg museum responded to a Pinellas County Commission candidate’s denial of the genocide of millions of Jews. 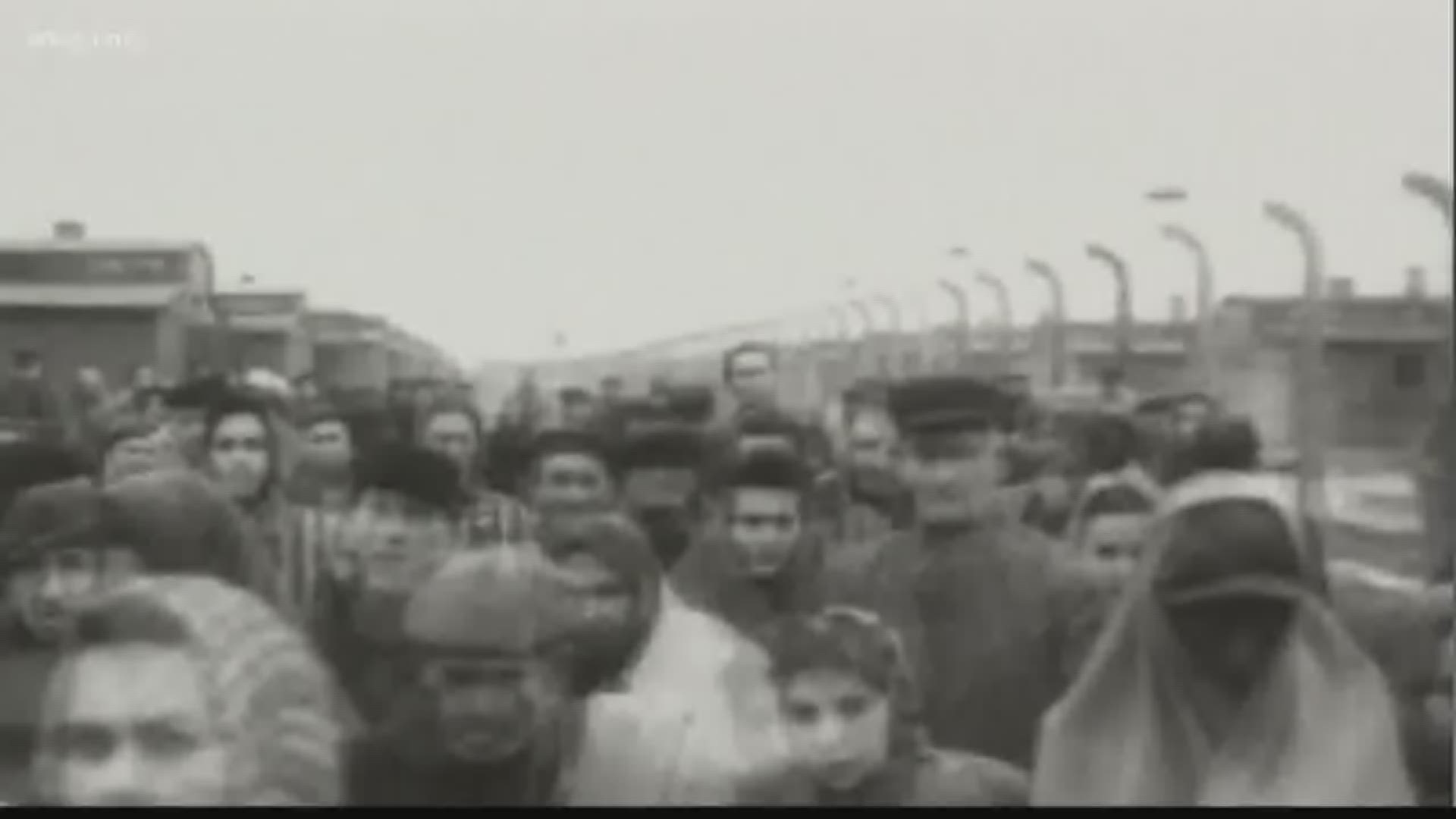 ST. PETERSBURG, Fla. — An openly homophobic man who denies the Holocaust ever happened is running for a seat on the Pinellas County Commission.

In response, prompted by a recently published newspaper article highlighting the Republican candidate’s views, the executive director and board chair of the Florida Holocaust Museum issued a lengthy statement condemning his views and the articles and interviews “seemingly legitimizing” the fringe beliefs.

“Reasonable minds can differ about many things, and there are two sides to many stories,” the statement reads in part. “However, some things are not up for debate.

“The Holocaust happened. That is historical fact.”

Scroll down to read the statement in its entirety.

Michael Igel, the museum’s board chair and nephew of a Holocaust survivor, said they felt particularly compelled to respond because it “happened in our own backyard.”

“This isn’t about politics,” Igel said. “When anyone, especially someone running for a political office tries to use anti-Semitism, we see an extra impetus to push back and call this out for what it is—it is lies and hateful.”

During the Holocaust, Igel’s aunt was a “hidden child,” a term given to kids who were given up by their parents for a time and hidden in a variety of different ways to protect them from the Nazis. Her picture now hangs in the museum.

“It’s frustrating, it’s shocking that we have to continue to do this,” he said. “If you don’t speak up and you don’t call it out when you see it, it will continue and the Holocaust is evidence of that.”

While the museum’s statement does not directly name the newspaper which published the article, it’s in reference to a Dec. 3 story in the Tampa Bay Times.

Mark Katches, the paper’s executive editor, said in an email Monday night “with deepest respect,” they disagreed with the conclusion their coverage legitimized a candidate's fringe views.

“In providing the community with the facts, the press plays an essential role in the democratic process. We don't believe democracy is well served by silence,” Katches said. “The community is now aware of a Holocaust denier running for public office because the Tampa Bay Times brought his views to light. And voters are better equipped to make an informed decision at the ballot box."

The candidate, Chico Cromartie, provided the following statement to 10News:

“I think the American people deserve to know why and how their tax dollars are being spent. As a representative of the tax paying American, my inquiry as to possible tax funded LGBT initiatives and Jewish Holocaust reparations, is completely honest and forthright. The personal attacks and name calling I’ve received from these two groups (because of my inquiries), raises red flags to many Americans who simply want monitored or restricted access (of their tax dollars) from these groups.

The fierce opposition by these groups indicate that they have something to hide and that they want continued unfettered access to U.S. tax dollars without inquiry or opposition! Whether an American disagrees with homosexuality (or not) or whether an American believes the Holocaust happened (or not) does not give these groups or any group, unrestricted or indefinite access to American tax dollars!

This is one of many reasons why they have encouraged me to represent them as their Pinellas County Commissioner.”

Cromartie's recent controversial statements are not his first. While running earlier this summer for a seat on the St. Petersburg city council, he wrote on Facebook, "I am the only black leader who publicly denounces homosexuality and will BURN a pride flag."

He said he did not agree with "creating policies that economically incentivize homosexuality."

Cromartie's campaign was not successful with 142 votes.

Here is the museum's statement in its entirety:

"On April 12, 1945, General Dwight D. Eisenhower entered Buchenwald. He described what he saw as "beyond the American mind to comprehend." He immediately ordered photographs to be taken, afraid that someday people might deny the existence of barbarity at such scale. He wanted to ensure that the world would never forget the tragedy and horrors of the Holocaust. Unfortunately, General Eisenhower's worst fears have come to fruition.

Reasonable minds can differ about many things, and there are two sides to many stories. However, some things are not up for debate. The Holocaust happened. That is historical fact. Although it shocks and frustrates us that we continue to be compelled to make this clear, we will continue to raise our voices until hatred and bigotry are eviscerated.

In the past few years, several political candidates around the country have made news by including Holocaust denial as part of their platform. It is disappointing when articles and interviews appear, seemingly legitimizing these candidates' fringe views and lifting them toward celebrity. Earlier this week, it happened locally when a Pinellas County Commission candidate and Holocaust denier and homophobe was highlighted in an article in our area's largest newspaper. When an individual engages in Holocaust denial and other forms of bigotry in the same county where a major Holocaust museum is located, it is not an act of ignorance. It is an act of hate. At the Museum, and at the hundreds of schools and other locations throughout Florida that we touch, we teach children and adults to call out hate when they see it. We also practice what we preach. We will not stand for hate anywhere, especially in our own backyard.

If anyone in Florida or anywhere else questions the Holocaust, we can introduce you to people who were there. Check our website for Survivor and Liberator talks. They occur almost every day. You can also attend one or more of the hundreds of programs we offer at the Museum and throughout Florida.

You can also visit our galleries where, using a portion of the more than 18,000 objects we have in our collection, we recount the experiences of those who survived, and those who were murdered. While you are there, you will learn legitimate, deeply researched and witnessed historical facts about the Holocaust.

Holocaust denial is a form of antisemitism. It is a sickening lie, where Jews are accused of planting evidence of their own genocide in order to gain world sympathy and force Germany and other European countries to pay reparations for Nazi crimes the deniers say were never committed. Based on antisemitic tropes that have been around for more than a millennia, this same conspiracy theory insists that Jews have some special power to control governments, media, and financial institutions. History has shown that wherever antisemitism has gone unchecked, the persecution of others has been present or not far behind. Hate only serves to feed other hate. This, too, is a historical fact.

At this moment in time, we have Holocaust Survivors and World War II Liberators who can personally refute the creeping Holocaust denial and/or minimization that has gained traction with certain people. Soon, this generation will be no longer be with us, and the torch will be passed to the rest of civil society.

As members of civil society, your actions matter.

We know that hate is a learned behavior and that education is the way to combat it. It is critical that you educate yourself, your children and your grandchildren so that you can pass down the lessons of the Holocaust. We will continue our battle but we need your help and leadership in order to succeed. It is incumbent on all of us to honor the memory of millions of men, women and children who suffered or died in the Holocaust.

It is essential that future generations understand the terrible consequences of unchecked hatred so they are prepared to stand up and speak out against it. Our collective future is at stake."