The Lazarillo app is a step-by-step audio assistant that describes what is around people. 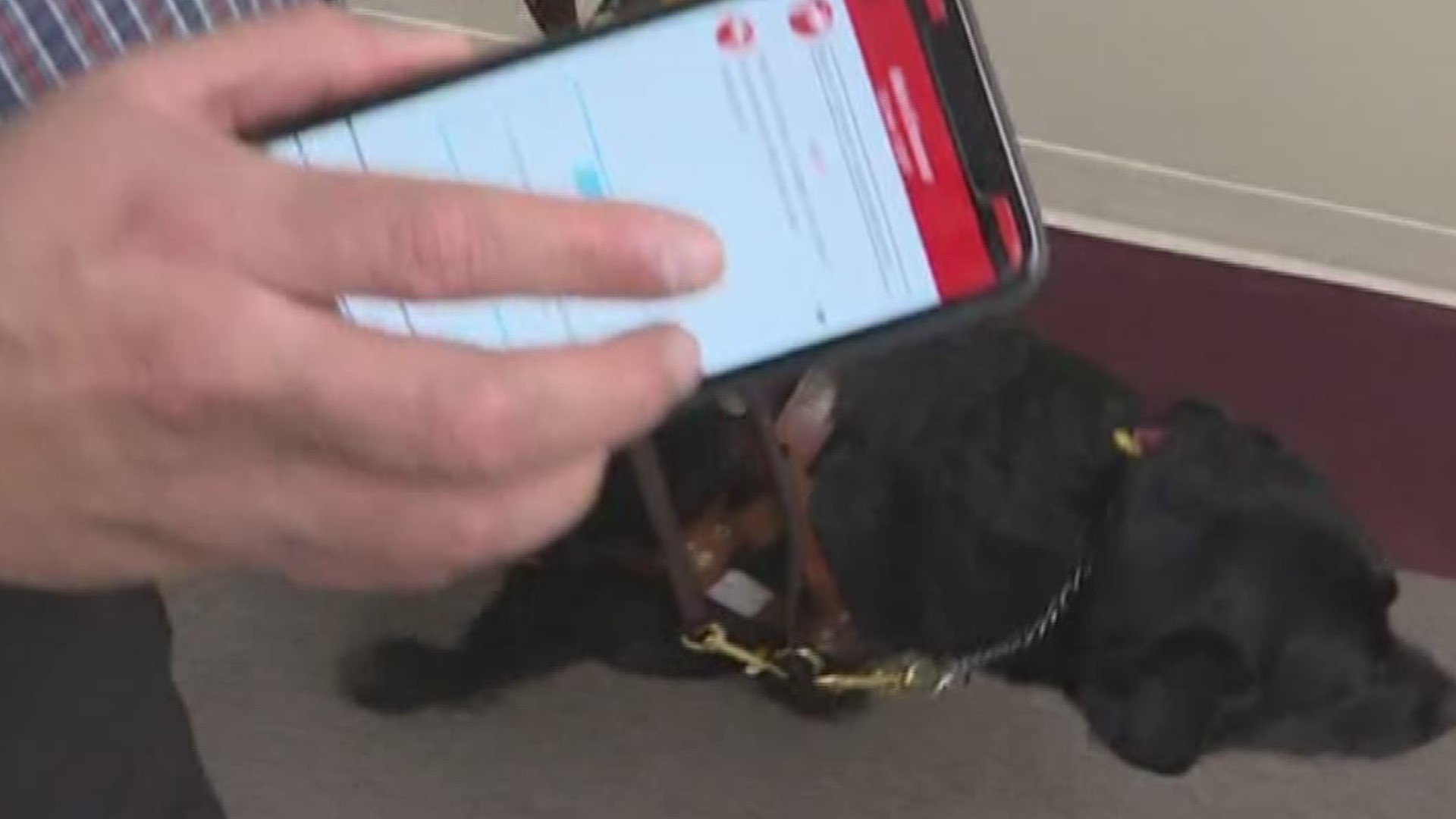 ST. PETERSBURG, Fla. — Carlos Montas has been blind since he was a child. He often relies on others to help him get around or navigate unfamiliar places.

But Montas, who also happens to work at Pinellas Lighthouse for the Blind, is one of the first to be trying out a new app being developed here in the Bay Area called Lazarillo - a step-by-step audio assistant that describes what’s around him.

“It really is a game-changer,” said Montas. “And, you know, I’ve used it to get to and from work. Using the GPS part of it getting directions.

”We see this as a huge step for us,” said Rene Spinoza, who started developing the Lazarillo app in Chile.

Spinoza moved to the Tampa Bay area less than a year ago after being chosen to participate in a technology incubator program called Tampa Bay Wave.

Since then, he said, the app has expanded from three languages to more than 20.

“Now, we’re really happy. We’re looking for ways to create a local team here. So, we can impact the community much more,” said Spinoza.

What makes Lazarillo so unique is that it also works inside buildings by navigating with WiFi and blue tooth.

So, a person who is blind, never having visited an office, hospital or shopping mall, for example, can now find stores, restrooms, entrances and exits - completely on their own - as long as the area has been mapped out and added to the app’s database.

”It’s just one of those things where information is power,” said Montas.

What Lazarillo can’t do is help warn users to watch out for unexpected obstacles like curbs, potholes, or items blocking a path. It’s more of a supplement to be used along with a cane or guide dog.

“Yeah, after getting that mobility training with the cane, and being safe as you travel, it just gives you more knowledge and not having to memorize things and just give you more willingness and excitement to go out and explore,” said Karli Davis, Orientation and Mobility Specialist at Pinellas Lighthouse.

The Lazarillo app is completely free to download and use. The company says it makes money by charging those who want to be added to its database.

For now, that includes office buildings, university campuses and hospitals, but they are also speaking with city governments that want to make their communities easier for blind people to navigate as well as those looking for ways to comply with the Americans with Disabilities Act.

Pinellas Lighthouse is working with Lazarillo by helping them test the app, developing updates and innovations based on user experience and preferences.

The hope is that one day this home-grown project will help visually impaired people around the world to gain employment, mobility, and a level of independence they’ve never had - until now.

“I think it has the potential to be a real game-changer in the sense that once the technology is installed and the technology has improved, then you’re gonna be able to go to a lot of different places without having to get a lot of training or getting people to help you in order to get around,” said Montas. “And that’s, that’s liberating.”