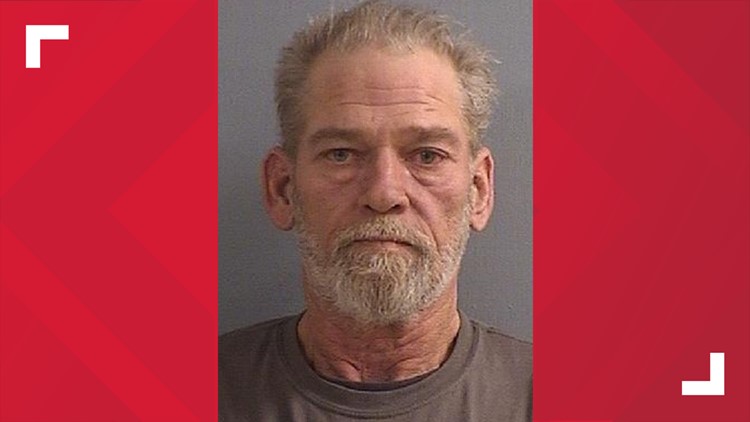 ST. PETERSBURG, Fla. — A 54-year-old Tennessee man, who decades ago used to live in Pinellas County, was arrested for rape thanks to a DNA match, deputies say.

Larry Eugene Gould was arrested and charged Friday with one count of armed sexual battery and is awaiting extradition from Sumner County, Tennessee, to Pinellas County.

During the afternoon of Sept. 24, 1988, a man in his mid 20s walked into Carrie Hawkins Distinctive Gifts store on Park Street North and asked a female employee for help, according to the Pinellas County Sheriff's Office.

Deputies say the man pulled a knife and sexually battered her before running off.

Evidence was collected, but no suspects were identified. In 1994, the case was reviewed but it wouldn't be until 1996 that a male DNA profile would be developed. The sheriff's office said several people could have been considered culprits, but they were either eliminated through further DNA research or had been in jail.

Several more potential culprits were eliminated during another November 2017 review of the case before, in February 2019, detectives' request with the State Attorney's Office to the FDLE Familial Search Review Committee was approved -- the DNA search could now be expanded to possible family members of whoever might have committed the crime.

On Sept. 6, 2019, a match was found: Deputies say a convicted offender in the database was a direct male relative to the unidentified DNA profile.

Gould was found to be the possible culprit. He was 23 years old at the time of the crime and had lived in Pinellas County, the sheriff's office said.

The Gallatin Police Department and the Sumner County District Attorney's Office in Tennessee were contacted, and a DNA sample was taken from Gould in November 2019 -- it would come back as a match on Jan. 7, 2020.

Police arrested Gould, who, deputies say, did not dispute the DNA evidence but said he didn't rape anyone. He reportedly said he would have consensual sexual relations with people at their business and within minutes of meeting them.

He was booked in jail as an investigation continues.