The Florida Fish and Wildlife Conservation Commission is looking into the video. 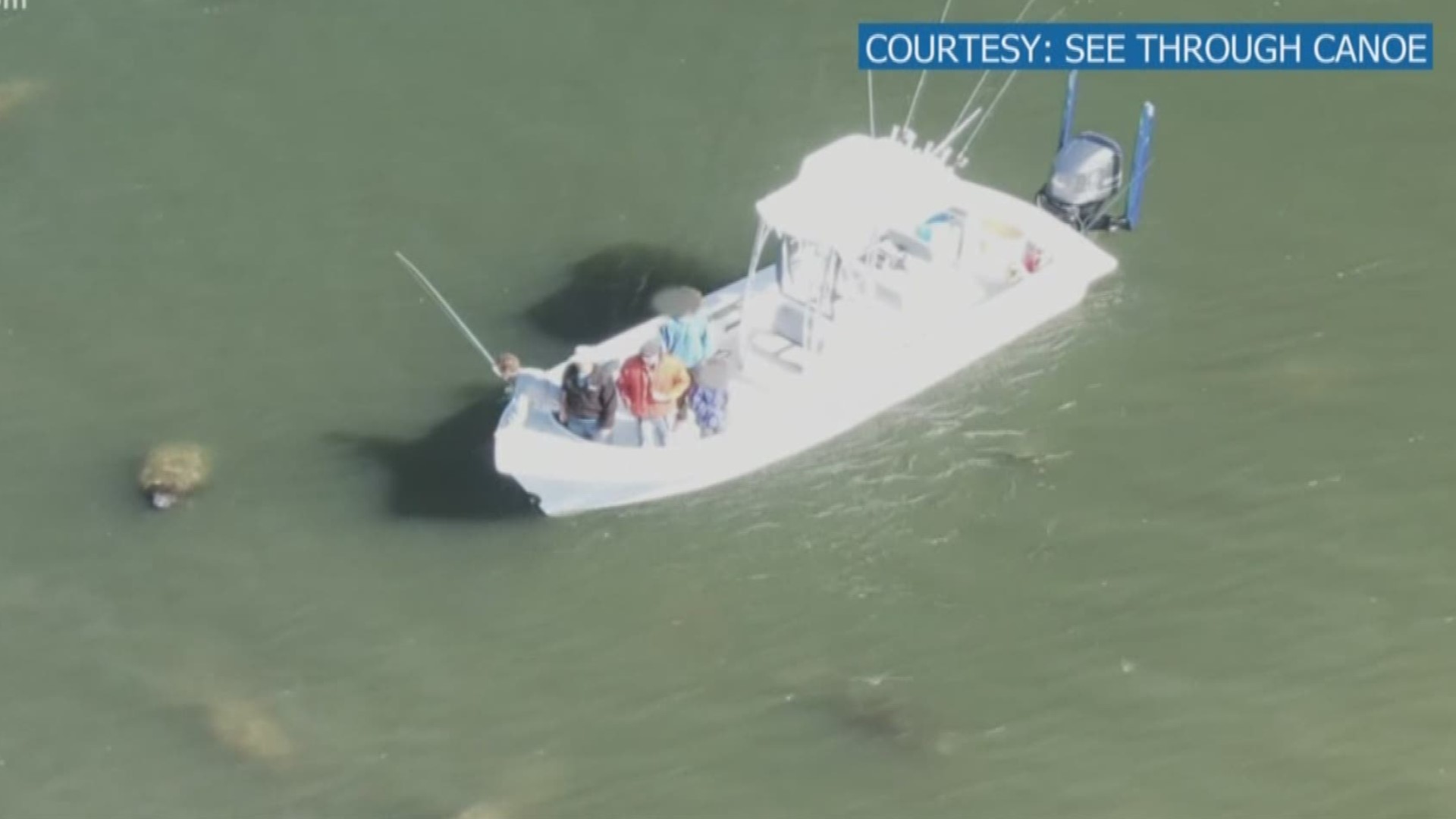 ST. PETERSBURG, Fla. — Have you seen this video on your Facebook feed? It's been shared hundreds of times: Some people are upset and others are defending what happened.

See Through Canoe in St. Petersburg captured what appears to show a boater approach a manatee near Weedon Island.

One person on the boat touches a manatee with what looks like a pole, scaring it and clearly scaring others nearby before high fiving another boater.

The post says the video was given to the Florida Fish and Wildlife Conservation Commission, which is now looking into what happened.

Some people are calling these boaters out for startling the manatees. Others defended the man, saying he was just trying to clean white algae off of it and made sure to turn the engine off even though it was a non-manatee zone.

Manatees are protected under several acts.

It is illegal to feed, harass, harm, pursue, hunt, shoot, kill, annoy or molest manatees. The state of Florida has also established speed zones for boaters where manatees are seen regularly or seasonal.

Anyone who violates federal protections could face up to $100,000 in fines or a year in prison.