Two people are doing OK after the emergency landing. 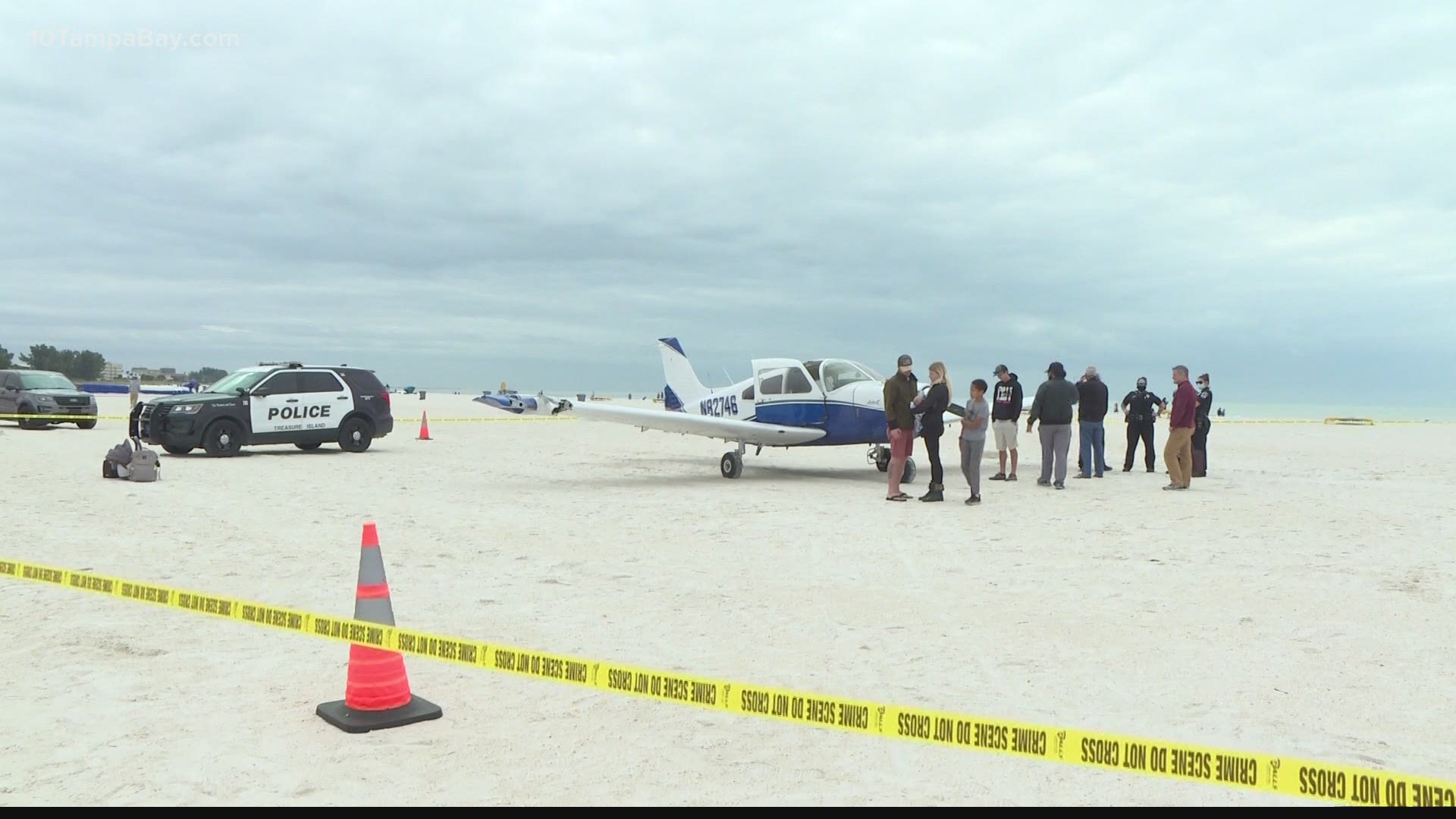 TREASURE ISLAND, Fla. — An engine problem forced a pilot to make an emergency landing Sunday morning on the beach near the Bilmar Beach Resort.

A single-engine Piper PA-28 died over the Gulf of Mexico, its pilot said, who then tried to restart it "like a million times" to no avail. Arthur Czyszczon, the general manager at Page Terrace Beachfront Hotel, said he heard the plane sputtering over Caddy's.

It hit a pole and landed on the beach. Video taken by Trevor Thompson shows the plane coming down onto the beach and sliding before coming to a stop.

Two people were on board, and neither required serious medical attention.

The rescue call first went out as an aircraft emergency.

She’s the pilot w/ the baby. Third day back at work after maternity leave, she told me. Very happy to see her family who came out here after the emergency landing here on the beach. @10TampaBay pic.twitter.com/0kPJQ09jSw

The Federal Aviation Administration now is tasked with firing out what led up to the emergency landing.

"A single-engine Piper PA-28 made a forced landing on Treasure Island Beach in Saint Petersburg, Fla., around 9 a.m. local time today. Two people were aboard," it said in a statement. 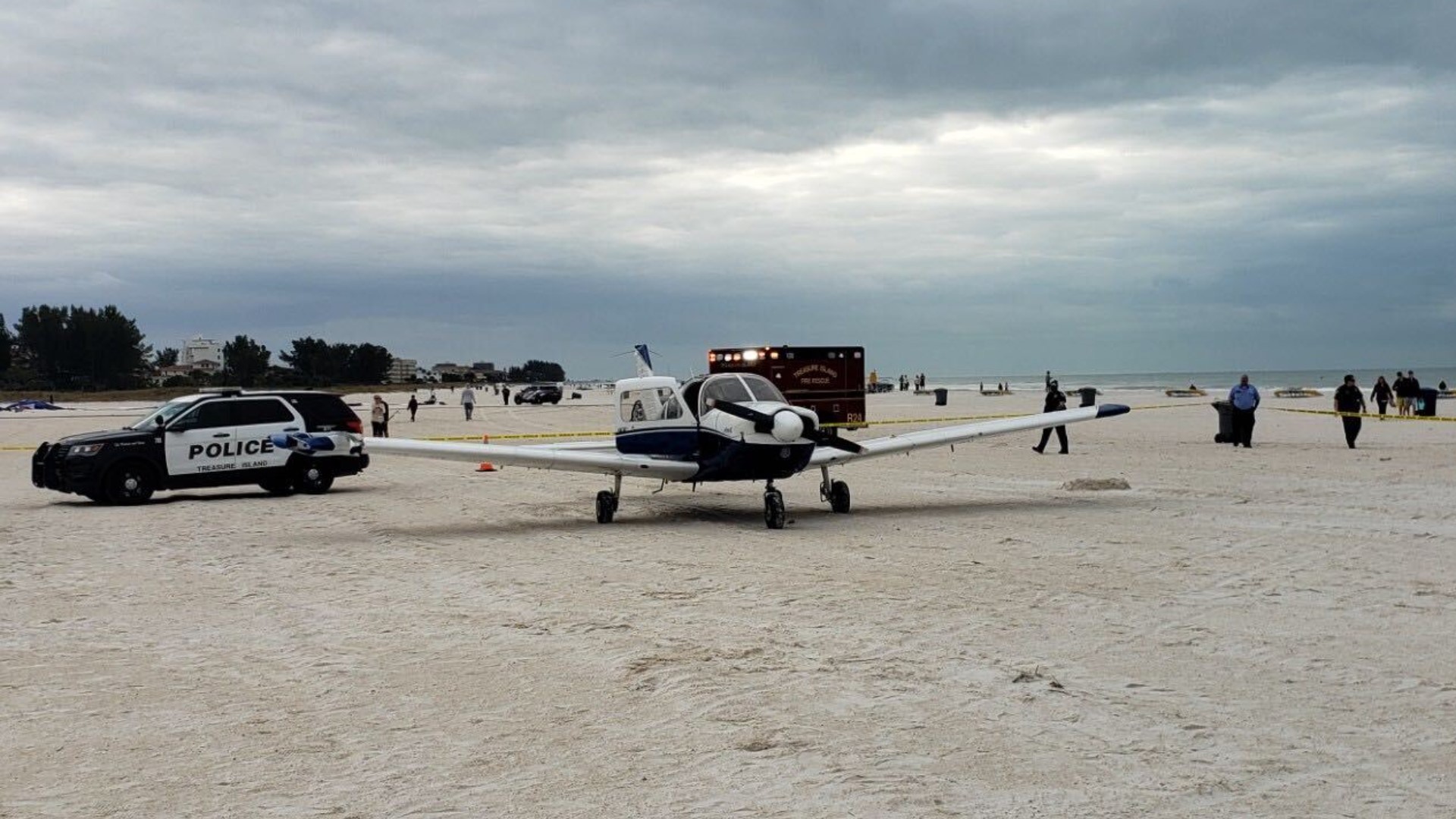